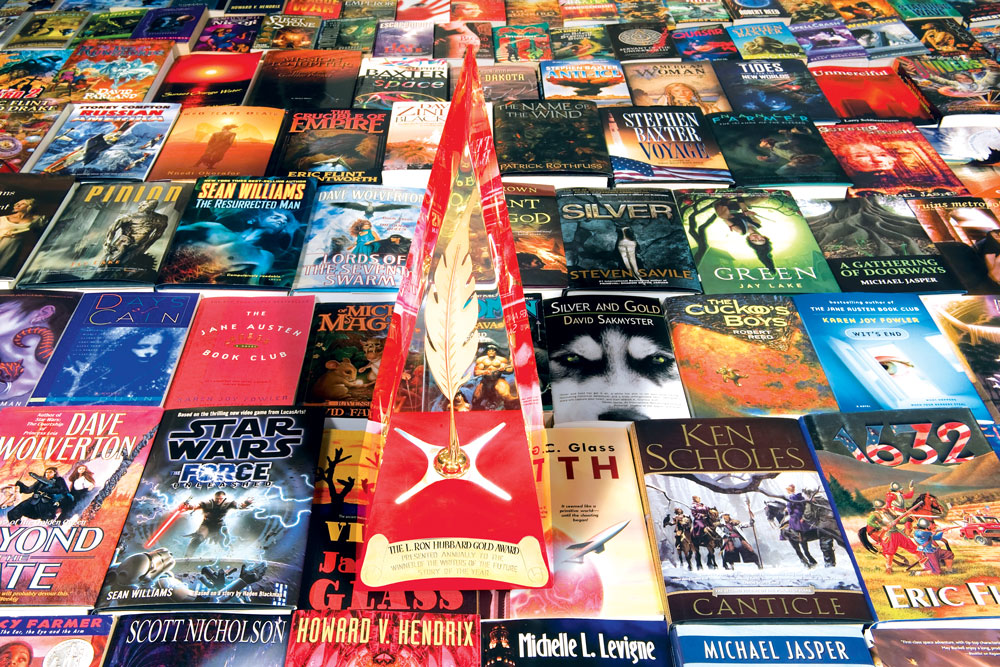 So far, the Contests have honored 404 Writer winners, 80 Writer published finalists and 334 Illustrator winners hailing from 44 nations over the first 34 years. In addition, they have awarded nearly $1 million in prize money to the winners.

Why This Is Important to Your Career

A review of the 34 years has found that of the 484 writer winners and published finalists, 336 went on with their writing career publishing at least one story and 192 are still active with a writing career—that’s 40% still writing!!

What Industry Professionals Have to Say

See why established professionals in the business say what they do about the Contest and to its value to the future of science fiction & fantasy.

So, isn’t it time you entered?

For the Writer Contest: www.writersofthefuture.com/enter-writer-contest/

For the Illustrator Contest: www.writersofthefuture.com/enter-the-illustrator-contest/

Art Is a Journey by Bob Eggleton
Scroll to top