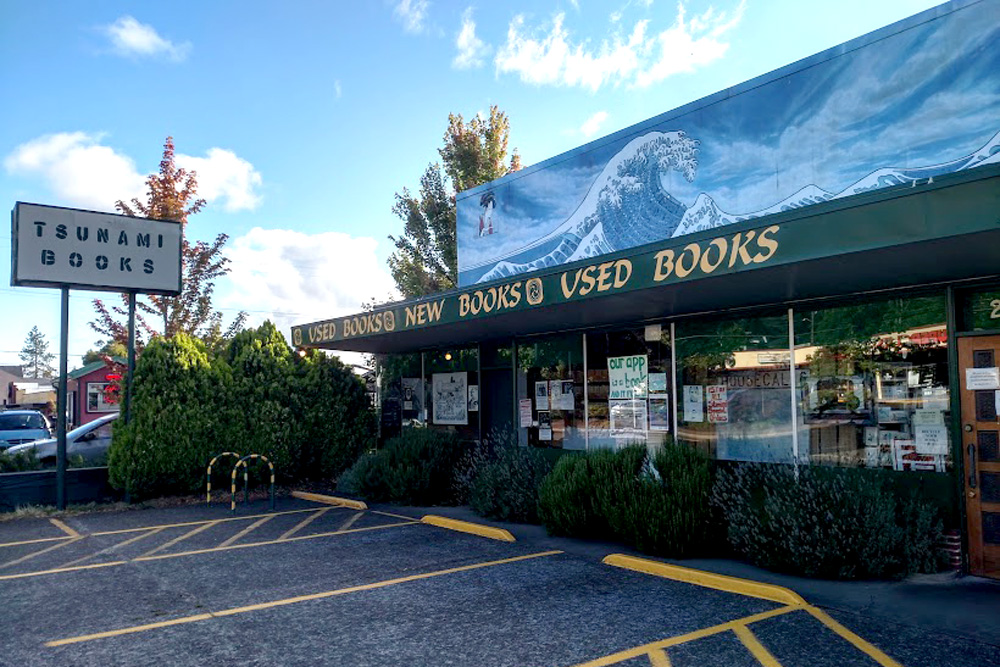 Most fiction writers hope that in some way their writing is participation in a broad cultural community of readers and writers. Many writers seek local community through their writing. Writing groups, critique groups, and writers organizations all reflect this sense of belonging, or the desire to belong, and most writers have heard the axiom that success happens in clusters.

Fiction writers, who as individuals often avoid being around other people, will gather with other writers to examine, support, and pursue publication hopes and dreams. I suspect this has been true since the first story shaman spit pigment over their hand onto a cave wall to sign their epic graphic novel about pointy-stick hunters vanquishing mammoths.

In my personal pursuit of craft and community, I have participated in many organizations and groups. One that stands out for me is the Wordos group in Eugene, Oregon. I joined this success cluster in 1998 after three people I respected contacted me in one day and recommended that I join. The group had been around for a while, and at that time many aspiring and professional writers sat at the table every Tuesday night. The story analysis was strong, and the professionalism in process was apparent the first night I attended.

In truth, until I started research for this article, I didn’t know how many. I only knew about the ten or so that pop up in the group’s oral folklore. Now, I know that 21 writers from the precursor group and the group as it exists today have been published in the WotF anthologies. Several have won Silver or Golden Pens. Many more have placed in their quarters, and a new cluster of writers coming up have managed honorable mention, silver honorable mention, or finalist slots in just the last year.

This is an amazing track record for a group from Eugene, Oregon—a track record that instantly raises the questions of how and why such a group could spawn so many award-winning, published, and still publishing professionals.

To really understand the nature of this successful creative cluster, we need to go back in time. I personally believe the tribal values of a group that has a history of success include the baseline assumption that members who work hard will succeed. That assumption pervades every activity and every member. It isn’t forced by goals or idealized cheerleading, nor is it questioned. The evidence of success is part of the core beliefs and the history of the group. Craft and market knowledge are passed along from alums and sitting elders to new writers as a right of membership.

While any group of writers can, and should, meet to support one another in professional aspirations, for a group to spawn dozens of career storytellers is quite unusual.

And yes, I say dozens.

It All Started with Hugo Gernsback

The Wordos tradition of successes began long before the Wordos was officially named in the mid-nineties. In fact, the traditions and some of the roots of the professional processes of the group can be traced all the way back to The Science Fiction League, which was founded by Hugo Gernsback in the 1930s. As is the nature of writing groups that live long enough, they spawn new writing groups. Whether because folks decide to move away, people get embroiled in political differences, righteousness starts petty infighting, or writers act out because of an ego-driven sense that individuals own groups, one group spins off another. That group spins off others. And, as Kurt Vonnegut was fond of saying, “So it goes.”

The Gernsback group spawned another group, which spawned another, The Greater New York Science Fiction Club. I leave it to others to argue the lineage and sequence of mutations that led to the eventual founding of the Futurians, but that is where the lineage becomes interesting to my experiences and this article.

Many Golden Age science fiction luminaries were members of the Futurians, including Judith Merril, Fredrik Pohl, Virginia Kidd, Isaac Asimov, Donald Wollheim, Elise Wollheim, James Blish, and many others. I’m sorry if I left your favorites out. However, this is about the Wordos, and that story begins with two Futurians, Damon Knight and Kate Wilhelm.

I was lucky enough to have known both Damon and Kate. For a time, I even met with other writers at their house for a critique group that I like to describe as going over to gramma and grampa’s for cookies and tea before being tossed into a wood chipper. They are sorely missed by many.

The pair of them were renowned for many things, including many stories, novels, magazines, anthologies, the Science Fiction & Fantasy Writers of America, and founding of the Clarion program. Both were accomplished authors and editors, and they drew aspiring writers from all over the country to their doorstep. Among the writers who came to them for education and guidance were Dean Wesley Smith, Kristine Kathryn Rusch, and Nina Kiriki Hoffman, all current judges for WotF were part of that group. Dave Wolverton (a.k.a., David Farland), another current WotF judge joined and participated in that group for a time. One of my mentors, New York Times best-selling author Steve Perry, used to tell me stories of going to Damon and Kate’s house to learn. Many writers, all of whom could not be listed here, benefited from Damon and Kate and their move to Oregon.

The Wordos: A Story that Begins with Two Futurians, Damon Knight and Kate Wilhelm

These people all grew out of the tradition of writing success that Damon and Kate brought to Eugene, Oregon. Eventually, Kris Rusch and Dean Smith formed a writer’s group. That group later took on the name, the Wordos. Sometime after that, Kris and Dean moved away. Others stayed. Nina Kiriki Hoffman was part of that original group and is still a member of the Wordos. It’s important, I think, to point out that the actual progression of events and mutations of the group from that band of writers surrounding Damon and Kate in the 80s to the current incarnation of the Wordos that meets at the Tsunami Bookstore every Tuesday night at 7:00 varies based on who you ask. However, the group does appear to have been a continuous entity for at least 30 years.

By the mid-nineties when the group name, Wordos, was chosen and formalized, the people clustered around Damon and Kate had already established a solid relationship with the Writers of the Future Writing Contest by winning and/or placing stories in the anthologies. These people also worked hard studying craft and sharing knowledge. They simply assumed they would succeed if they worked hard. Being part of a community that, in its various incarnations, stretched all the way back to Gernsback, they assumed that the knowledge they were gaining was solid and workable—and it was.

The First Writers of the Future Winners

In the first quarter of the first year of the L. Ron Hubbard Writers of the Future Contest, Nina Kiriki Hoffman won third place. Dean Wesley Smith was a published finalist in the anthology. The tradition of the group’s tribal value of success was continued and connected to Writers of the Future. When I joined in 98, this statement was common and part of many discussions, “The best story on your desk at the end of the quarter goes to Writers of the Future until you win or are ineligible.” The statement assumed that you wrote, revised, and mailed multiple stories every quarter. Consequently, you always had at least one that could be sent to the Contest every quarter. I submitted a total of 12 times. I submitted 8 in a row before I won. The most recent Wordo, who was, incidentally, at the table the first night I attended and who has worked diligently for years to achieve a win, is Wulf Moon. He won first place for 2019 and holds, I believe, the Wordos record for honorable mentions and finalist wins.

The following list of Wordos and precursor Wordos demonstrates how powerful the combined belief in success through hard work, attention to craft, and commitment to sending out stories can be when those values are part of an assumed foundation of a success cluster’s activities. My apologies to anyone I left off this list and to anyone who is offended by being associated with this amazing group of writers.

Luck and skill to all who write and send.

Marina Fitch, “They That Go Down to the Sea in Ships” 3rd Place, Q3

Ken Brady: “Asleep in the Forest of the Tall Cats” Published Finalist

Blake Hutchins, “The Sword from the Sea” 1st Place, Q2

Lael Salaets, “The Black Side of Memory” 3rd Place, Q4

2019 Semifinalists and Honorable Mentions from 2019

Here are a few people who are currently sitting at, or have recently sat at, the Wordos table who we’ll likely see in upcoming volumes if they don’t sell into ineligibility first.

“Shadows of the Face” Semifinalist, Q3 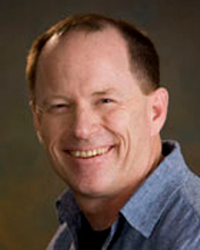 Eric Witchey has made a living as a freelance writer and communication consultant for over 25 years. In addition to producing many corporate non-fiction titles, he has sold more than 140 short stories and several novels. His stories have appeared in ten genres and on five continents. He has received recognition from New Century Writers, Writers of the Future, Writer’s Digest, The Eric Hoffer Prose Award program, Short Story America, The Irish Aeon Awards, and other organizations. His How-To articles have appeared in The Writer Magazine, Writer’s Digest Magazine, and other print and online magazines. When not teaching or writing, he spends his time fly fishing or restoring antique, model locomotives.

International Writers of the Future 36 Anniversary Set for Live Worldwide B...