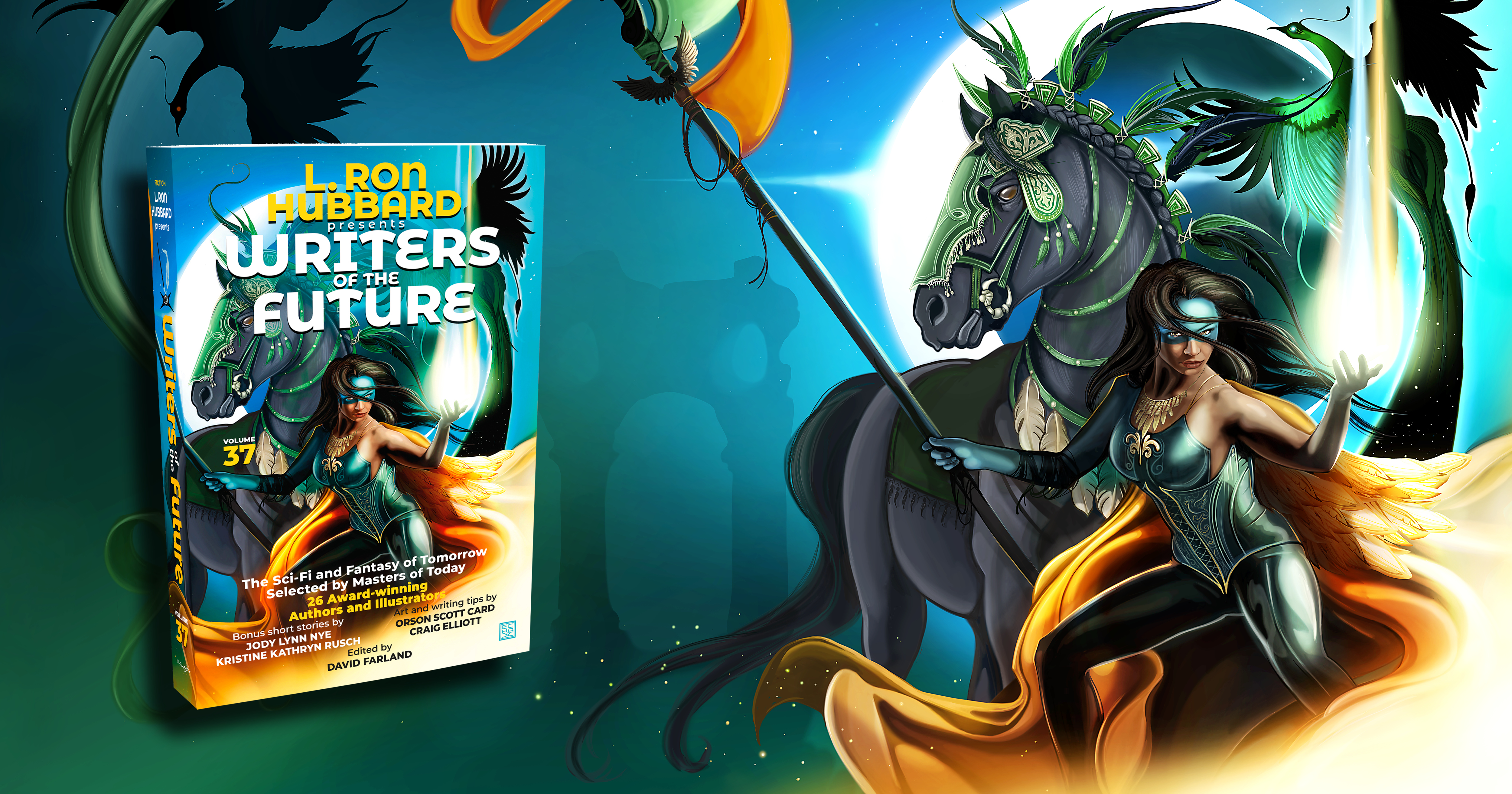 The international best-selling series, “L. Ron Hubbard Presents Writers of the Future,” is available in the United Kingdom thanks to a newly established partnership between Galaxy Press and Gazelle Book Distributors, including Volume 37 now in stores.

Marvin Blagden, Managing Director Gazelle Book Distributors, stated, “The Writers of the Future competition is one of the most prestigious competitions open to science fiction and fantasy authors and illustrators, with several previous winners coming from the UK. Writers of the Future Volume 37 has just been released and is once again bursting with amazing stories from some truly remarkable and thought-provoking writers.” He concluded, “Gazelle Book Services are proud to be working with Galaxy Press to promote this inspiring competition and accompanying title.”

The L. Ron Hubbard Writers and Illustrators of the Future Contests were created in 1983 and have left an indelible mark on the fields of science fiction and fantasy. With nearly four decades of developing new professional writers and cultivating new professional illustrators, the impact that the two Contests have had on the field is best summed up by The Midwest Book Review calling Writers of the Future “the gold standard of emerging talent into the field of science fiction fantasy that has contributed more to the genre than any other source.”

With Contest entrants from over 175 countries and winners from over 50, the United Kingdom is in the ranks of countries contributing to that gold standard of emerging talent. Illustrators of the Future Golden Brush Award winner Dan Watson, from Earley, Berkshire, was published in L. Ron Hubbard Presents Writers of the Future Volume 37. When announced as the grand prize winner, Watson stated, “I’d like to thank L. Ron Hubbard and Galaxy Press for creating and organizing this event. Thank you to all of my friends all over the world. I love the Fantasy and Science Fiction community – the writing, the people.”

In addition to the Contests, the Writers and Illustrators of the Future Podcast is now in its third year with interviews on some of the biggest names in publishing, including the podcast interview with international bestselling UK author R.J. Ellory. Listen at bit.ly/RJElloryPodcast.

The L. Ron Hubbard Writers of the Future Online Workshop is a free workshop created to provide valuable tools for a writer of any skill. Designed as an intermediate-level writing course, people of all levels have found this workshop helpful with the story structure, character development, the formulation of story ideas, and the business of writing.

The award-winning Writers of the Future Forum provides a place for aspiring writers to meet up with like-minded authors, providing a safe place to discuss and share ideas, get help, and make friends.

The Writers of the Future Writing Contest, now in its 39th year, was initiated by L. Ron Hubbard to provide “a means for new and budding writers to have a chance for their creative efforts to be seen and acknowledged.” Based on its success, its sister contest, Illustrators of the Future, was created five years later to provide that same opportunity for aspiring artists.

The over 500 past winners and published finalists of the Writing Contest have published over 1,800 novels and nearly 6,200 short stories. In addition, they have produced 33 New York Times bestsellers, and their works have sold over 60 million copies.

Writers of the Future Podcast: Author Interview with A.G. Riddle