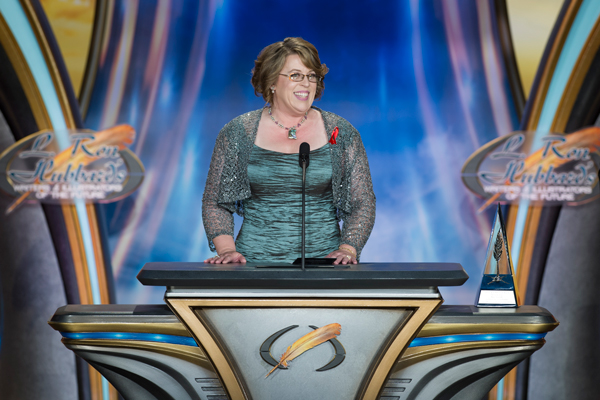 Today we are spotlighting author Kary English, whose fantasy short story “Poseidon’s Eyes” is one of over a dozen award-winning titles in 2015 edition of Writers of the Future. 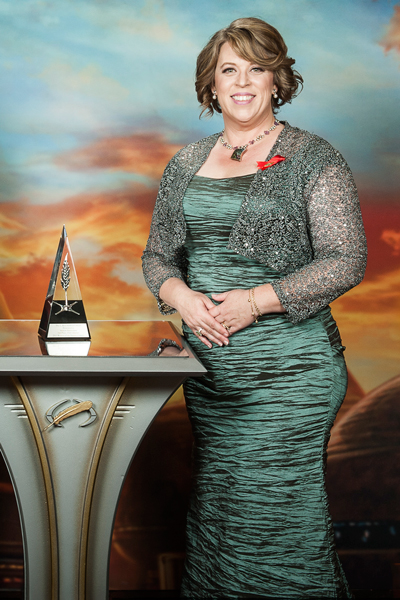 Kary grew up in the snowy Midwest where she avoided siblings and frostbite by reading book after book in a warm corner behind a recliner chair. She blames her one and only high school detention on Douglas Adams, whose Hitchhiker’s Guide to the Galaxy made her laugh out loud while reading it behind her geometry textbook.

A student of New York Times bestsellers David Farland and Tracy Hickman, Kary aspires to make her own work detention-worthy. I think she is well on her way to achieving her goal with this story.

I asked her what made this story special to her and this is what she had to say:

“‘Poseidon’s Eyes’ is special to me because the main character, Peyton, is based on a real man who died alone in his truck much like I’ve written it in the story. Peyton’s plight was real, and as his health deteriorated, I could tell that there was only one way his story could end. I was so sad, and so angry, at a world that could let someone slip through the cracks that way, that I had no choice but to write the story.” 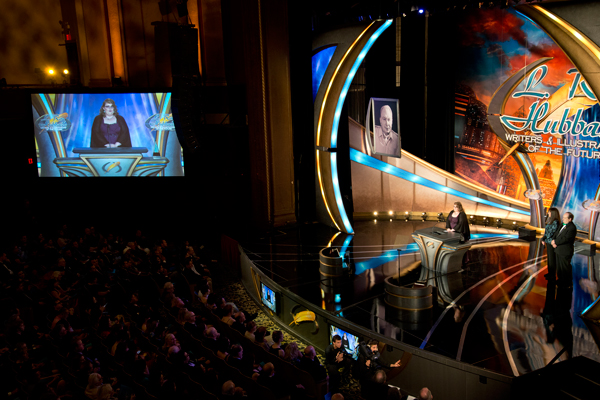 Megen Nelson on stage at the historic Wilshire Ebell Theatre accepting her award.

Kary’s story was assigned to Illustrator Contest winner Megen Nelson to illustrate. As Megen explains it, “I was trying to capture the moment when the main character saves a woman from her own demons, watched and guided by the eyes of the god she’s been trying to pain. The energy and the desperation of saving something from death were things that I have felt before, and I connected with them.”

Megen’s art definitely connects and together author and artist are a winning pair.

The publisher, Galaxy Press, is counting down to the release date which coincides with International Star Wars Day…