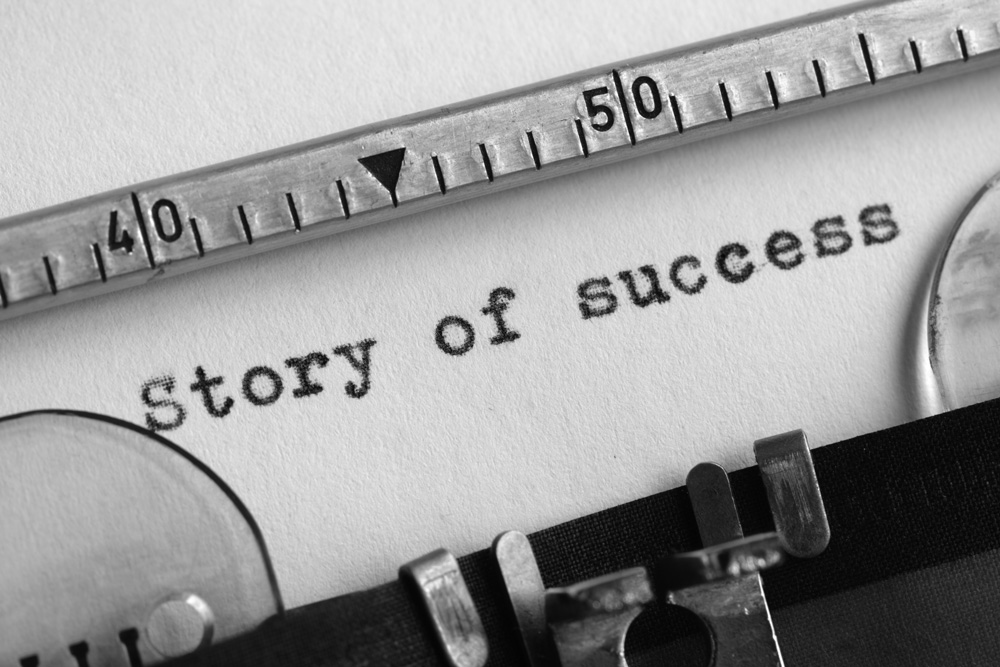 “Thank you, thank you, you’re too kind!”

“Really, I’m just so grateful for the opportunity. It took me long enough to get here!”

These sentences are among my favorite techniques for wallowing in false humility when people congratulate me on winning second place in the international Writers of the Future Contest. If you’ve spent any time with me over the past year, you’ve undoubtedly heard me just-so-happen to mention the Contest, or the trip I get to take to Hollywood in October, or all the cool authory people I’ll get to meet at the awards gala.

I’ve also been pitching the Contest to my writerly friends as a great break-in opportunity. WotF has launched some legendary careers: Patrick Rothfuss, Nnedi Okorafor, and Dave Wolverton are past alums. A few people have asked me for advice on submitting, so I wanted to share some tidbits I discovered. After attending the workshop, I’ll write a sequel post about what I learned, how I prepared, and what additional things I wish I’d done.

Use the Contest to grow as a writer

When I speak of “finding success,” I don’t just mean winning. I’m talking about growing as a writer and building a career. For me, one of WotF’s main benefits is its regular deadlines. Back in 2017, I swore a rash oath to submit every single quarter until I died, won, or pro-ed out. This forced me to work for a schedule rather than a feckless muse—a critical skill for any artist. I established clear timeframes for my long suffering beta readers and began to treat writing as a profession rather than a hobby. 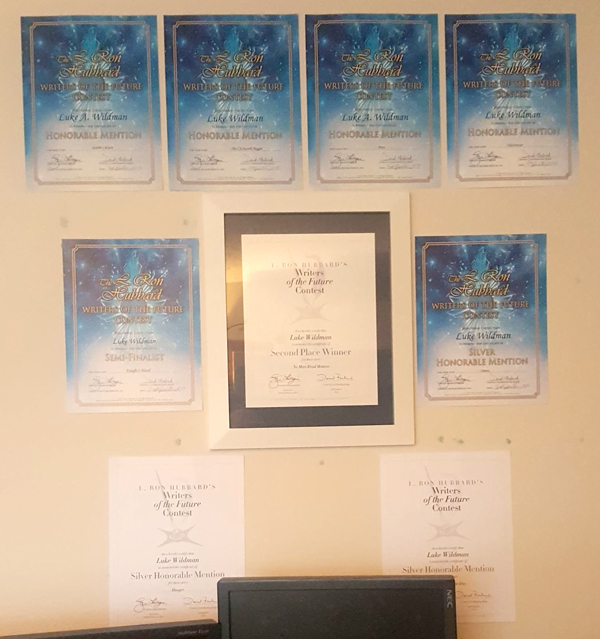 On the creative side, developing new stories every quarter forced me to hone my skills and master the elements of a short story. Previously, short fiction had been an afterthought to my novels. Now it became a companion to them. And because of the judges’ ranking system—did not place; honorable mention; silver honorable mention; semi-finalist; finalist; third, second, and first place winners—I finally had a way to gauge my progress.

So often, submitting to magazines feels like praying to the ceiling, hoping someone is listening. Sometimes you lose faith you’re even headed in the right direction. But thanks to this ranking system, I could use WotF as a test market, seeing what did and didn’t work. Rather than restrict my creativity, this allowed me to try new things: every other submission, I wrote something experimental, playing with out-there concepts and unconventional narrative styles that pushed the bounds of my abilities. The rest of the time, I focused on story types that had proved successful in the past (nudge-wink: the judges never get enough comedy.)

How to write an award-winning story

Right now, you might be thinking, “Gee, that’s great, Luke. I’m glad the Contest helped you grow, but I want to win.” Right you are!

There are a few obvious things you can do to improve your chances. First, follow the submission guidelines. Stick to proper manuscript format as closely as possible. (But don’t put your name on the manuscript!) Make sure your writing is polished. When I spoke with coordinating judge Dave Wolverton on the phone, he told me I was one of the better self-editors he’d encountered, which is helpful for not alienating editors. (Hurrah for humble-bragging! Look at me, all ye editors! Come ye and publish my books!)

Second, read past volumes of the anthology. There are frequent deals on WotF book bundles—and the anthologies also feature essays on craft, gorgeous illustrations from the Illustrators of the Future Contest, and stories from bestselling novelists like Brandon Sanderson. Reading past winners will give you a feel for the tone, length, and style.

Based on my observations of the winning works, here are some points to consider as you choose things to write about:

If you still feel uncertain about submitting, here’s a video I’ve created with answers to some frequent questions about the Contest. Please note that I accidentally refer to anthology Volume 38 when I meant to say Volume 37:

If you want to speed up the process of growing as a writer and breaking into the industry, listen to the pros. I’ve learned a ton from Dave Farland’s Writing Tips blog—and every now and then, he drops hints about what he’s looking for in submissions. I’ve also gotten lots out of the Writing Excuses podcast, the scriptwriting books of Robert McKee, and other writing guides by both genre and literary authors. WotF itself has a blog and podcast featuring interviews with many industry professionals—be sure to check those out. And don’t forget to preorder L. Ron Hubbard Presents Writers of the Future Volume 37, in which my story is published!

Read widely, experiment with your fiction, and force yourself to submit regularly. There’s no magic formula to this, but don’t get discouraged: grit and self-reflection are two of the most important traits for finding success in this Contest, along with the ability to read.

My dearest hope is that you, too, will soon be able to irritate your friends with constant reminders of your success. May you soon experience the untold joys of wallowing in false humility. 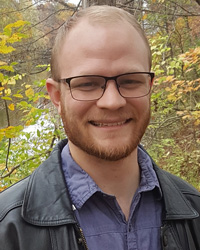 Luke Wildman may be a figment of your imagination—or you may be one of his. Either way, he was born and raised in West Africa, came to the U.S. for college at nineteen, and has lived with his wife in Indianapolis ever since. If you ever find yourself wandering the Indiana woods and notice a rambling weirdo muttering about books, that’s probably Luke. Say hi! He’s awkward at conversations, but no longer gives a damn.

When not terrorizing the countryside, Luke reads copiously, devotes unhealthy amounts of time to working on his novels, and dreams of making his living through fiction. His work has appeared in Havok magazine and Parnassus, Taylor University’s literary journal.

Find him online at lukewildman.com, or on Facebook at luke.a.wildman.writer. If you happen to be an agent, please know that he is capable of acting professionally.

L. Ron Hubbard Writers and Illustrators of the Future 36 and 37 Awards Celebration...
Scroll to top