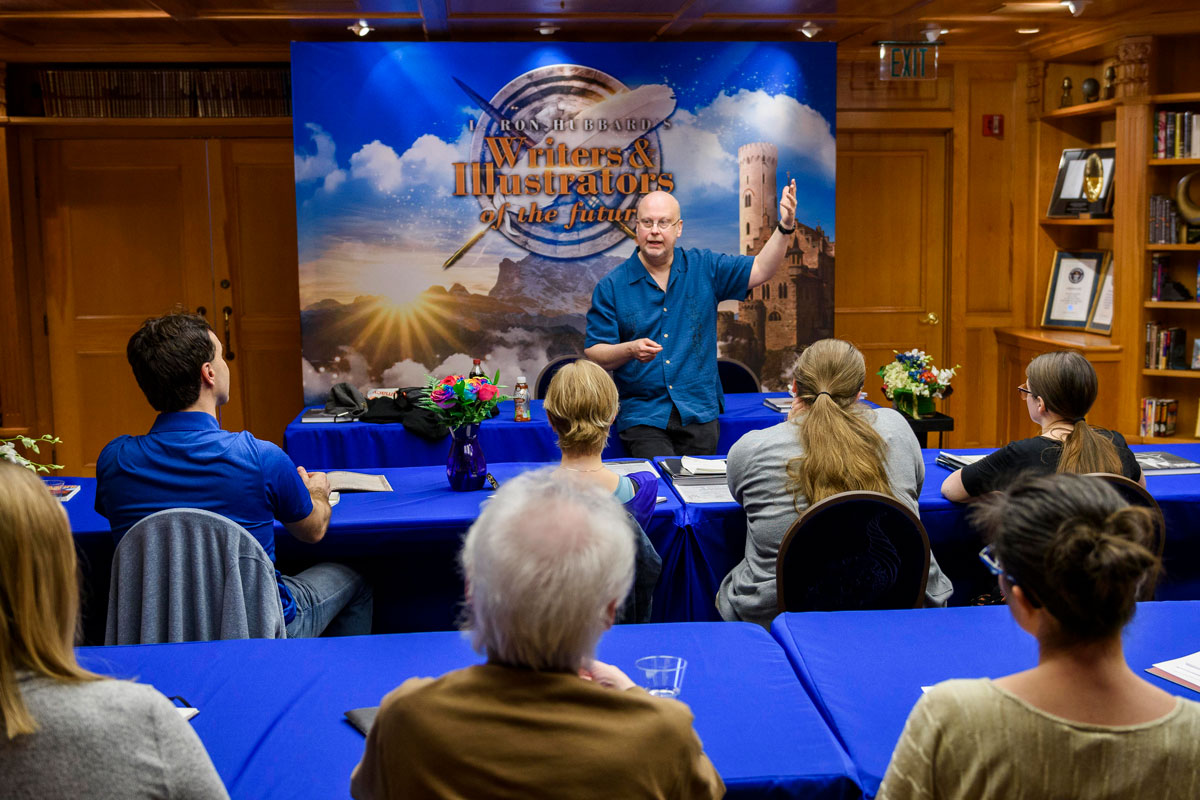 Here is the next in a series of articles addressing the barriers to achieving your writing goals as requested by you, the new and aspiring writer. It was also unanimous that you wanted to hear from top-line professionals as to how they overcame these same barriers.

In this article originally written for and published in Writers of the Future Volume 22 in 2002, Robert J. Sawyer provides eight important things you need to know as a new and aspiring writer.

So if you are marching along the road to becoming a newly published writer, read on…

And that’s okay. Your job as a writer isn’t to be blandly acceptable to everyone; rather, it’s to be the favorite author of a narrow segment of the population. If you try to please everybody, you’ll end up pleasing no one. Good book reviewers know this: their job isn’t to tell you whether they like a given work (which is a datum only of interest to them personally); rather, it’s to say if you like this particular sort of work, then this book will be to your taste—or not, if the book has failed at what it set out to do. Which brings us to…

2. Your Fiction Should Be About Something

Theme is the story element beginning writers spend the least time on, and yet it’s the single most important aspect. Nothing drives this home more clearly than the success of Dan Brown’s The Da Vinci Code. The book is poorly written in almost every way—and yet, on its own, it has been read by more people than read all the books published last year by all science fiction and fantasy publishers combined. Why? Because it’s about something. In particular, it’s about the suppression of the feminine in Catholicism, and a reinterpretation of the Christ story that is new to most readers. The quality of the plot (formulaic chases), the characters (made of the same stuff as the paperback’s cover), and the prose (pedestrian at best) are all forgiven, because Dan Brown had something to say—and you should too. Which means…

3. Your Job Is to Tell Your Stories

Too many talented young writers waste time writing fan fiction (such as stories set in the universes of Stargate Atlantis or Star Trek: Voyager). This is a waste of time; worse, it’s a seductive waste of time, because they get all sorts of feedback praising their “skillful handling” of the characters, which makes them think they’re much better writers than they really are (since creating your own memorable characters, not aping someone else’s, is a key part of a writer’s job).

Once you start publishing, you may be offered the chance to write a media tie-in; don’t do that, either. Your job is to establish your name; you are branding yourself in a competitive marketplace, and you do that by telling unique, original stories about characters and events you’ve devised while exploring issues that you are passionate about. Many experienced writers of media tie-ins do so under pseudonyms—precisely because they don’t want the association with hack work to taint their own original writing. And, for Pete’s sake, don’t even think about starting your career with a media tie-in; they are not entry-level work in this field; rather, they are dead ends. No, to launch your career, write your own wholly original first novel. But be aware that…

4. First Novels Are Hard to Sell

So don’t make it any harder. The number one reason first novels are rejected is that they’re poorly written; you, of course, don’t have that problem! The number two reason first novels are rejected—that is, the reason the vast majority of well-crafted, polished, tightly written novels are not bought by publishers—is that they aren’t easily categorizable. Almost no one who is involved in the selling of your novel will ever actually read it. All they will know is what the editor says about it at the publisher’s sales conference in perhaps sixty seconds, plus maybe 150 words of copy in the publisher’s catalog.

What the sales force wants to hear about a first novel from the editor is, “This is a Heinlein-esque military-SF novel that will appeal to fans of David Weber and David Feintuch” or “This is contemporary urban fantasy, in the mold of Charles de Lint.” Save your cross-genre impossible-to-categorize novel for later in your career, for the time when all the sales force needs to hear is, “This is the new novel by you.” In my own case, my first novel, Golden Fleece—which grew from a shorter work submitted to Writers of the Future in 1986—was a hard-SF novel about a murdering computer aboard a starship. It clearly echoed Arthur C. Clarke’s 2001: A Space Odyssey—and that’s how the editor presented it. Of course, as with almost all first novels, I had to write the whole thing before I could sell it.

But for my twelfth novel, Calculating God, which I sold with just a conversation on the phone, I said I wanted to write a novel in which two people sit in a room and debate evolution vs. creationism without ever getting really angry in the process. I never could have sold that book as my first novel—but it was easy later in my career (and it hit number one on the Locus bestsellers list, and was a Hugo finalist), because by that point all that mattered was that it was a new book by an established name. That said…

5. With Your First Book, Knock Their Socks Off

Many people read a bad book then say, “Heck, I can write that well!” and then set out to try to do so—and they succeed, producing a bad book of their own. Set your sights high. For my own first novel, I wanted to do something that I’d never seen done well before: a book from the point of view of an intelligent computer (and I guess I pulled it off, because in his review of my book for The Magazine of Fantasy & Science Fiction, Orson Scott Card said I’d created “the deepest computer character in all of science fiction”). It’s important to have ambition: you should be aspiring to greatness, not mediocrity, and your best inspiration is the top works in the field. Because the truth is…

When I meet someone at a convention who tells me they’re trying to break into science-fiction writing, I ask a seemingly unrelated question: “Have you read anything by me?” It seems self-absorbed, perhaps, but it’s actually a useful little test. See, I’ve been lucky enough to win the field’s two top awards—the Hugo and the Nebula, both for best novel of the year. If you want to sell in this market, you need to know what the market considers to be the best work. When people say no, they haven’t read any Sawyer, I smile politely and walk away—because they can’t really be serious about breaking in. After all, if they were, they’d be reading not just the Hugo and Nebula winners, but also the nominees each year; doing so is a key part of knowing the marketplace. Which brings us to…

7. Your Best Market Guide is a Bookstore

Sure, there are lots of websites with writing advice (including my own at sfwriter.com), but to sell in this field, you have to know the market inside and out—and the best place to learn about that is in a bookstore. Trivia question: what do the writers Cory Doctorow (Tor), Nalo Hopkinson (Warner), Tanya Huff (DAW), Robert J. Sawyer (Tor), and Michelle West (DAW) all have in common? Answer: we all used to work at Toronto’s Bakka-Phoenix, the world’s oldest SF specialty bookstore, and Michelle still works there, even though she hardly needs the booksellers’ wages—because being in a bookstore keeps her finger on the pulse of what’s happening in the SF&F marketplace.

Forget about online market listings. Rather, you should spend hours looking at actual books, studying what sort of work each publisher puts out. A wannabe author should be able to name not just their five favorite contemporary SF&F authors (and if the best list you can come up with is Asimov, Clarke and Tolkien, you’re not reading enough new stuff), but also instantly be able to name who each of their publishers are—and understand why they were published by that house and not another.

There is a world of difference between a Baen military-SF novel by John Ringo, a Del Rey contemporary-SF thriller by Greg Bear, and a Tor literate fantasy by Gene Wolfe. If you send your manuscript to the wrong editor, you’re wasting not just the editor’s time, but your own—and with editors taking a year or more to respond to an unsolicited submission, it behooves you to do your homework. Because…

Editors do care, and agents can help. But, in the end, it’s only you who really has a large, vested interest in whether or not you succeed. Some established authors think it’s their job to discourage newcomers, because the faint-of-heart might not do well in a rough, competitive marketplace.

Ultimately, I think that’s short-sighted. Yes, the marketplace is harsh and uncaring, but what a loss it would be to our culture if the only books published were by hardened, thick-skinned, tough-as-nails types. There’s a place on bookstore shelves for the shy and the delicate, too.

So, take what advice encourages you, smile politely and ignore advice that discourages you, and, most of all, don’t give up. More than talent, more than luck, more than anything else, this is a game of perseverance—and the only sure way to lose is not to play. 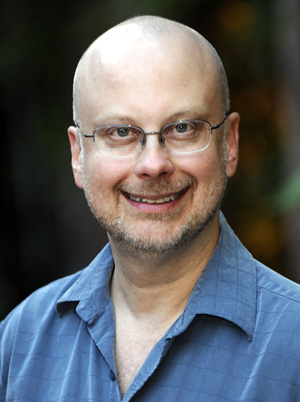 Robert J. Sawyer, called “the dean of Canadian science fiction” by The Ottawa Citizen, has won all three of the science fiction field’s top honors for best novel of the year, the Hugo, the Nebula and the John W. Campbell Memorial Award, as well as eleven Canadian Science Fiction and Fantasy Awards (Auroras).

The ABC TV series Flash Forward was based on his novel of the same name. Maclean’s: Canada’s Weekly Newsmagazine says, “By any reckoning, Sawyer is among the most successful Canadian authors ever.” Sawyer’s novels are top-ten mainstream bestsellers in Canada. His twenty-three novels include Frameshift, Factoring Humanity, Calculating God, Wake and the Neanderthal Parallax trilogy: Hominids, Humans, Hybrids.

Rob first entered the Writers of the Future Contest in 1984, and he became a judge for the Contest twenty years later. He lives in Toronto.

The Magic Picture
Scroll to top