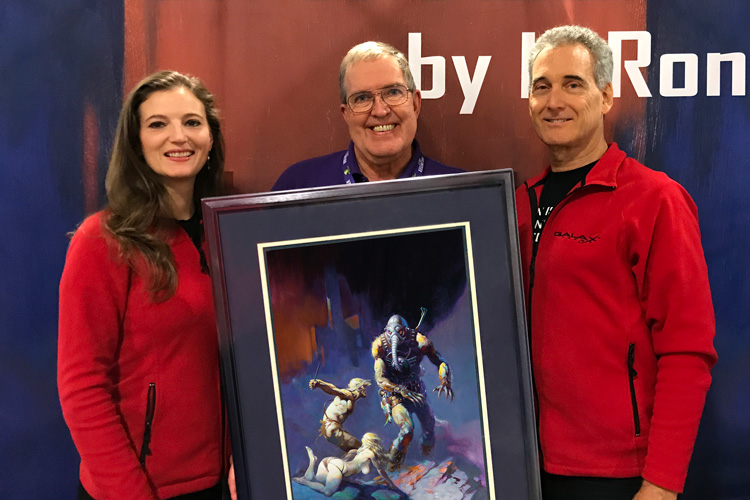 Monday was the final day in Atlanta for Dragon Con.

Again, the booth was constantly full with people looking for Writers of the Future or Battlefield Earth or one of the many titles by bestselling author L. Ron Hubbard we had at the booth.

Luckily, Kathy Lackey volunteered for a few days to help with the free poster offer we had going. Anyone who came by received a free copy of Frank Frazetta’s original cover art for Battlefield Earth or Larry Elmore’s beautiful dragon art as seen on the cover of the latest Writers of the Future edition. Needless to say, these were very popular items. So, thanks to Kathy we were able to keep up with the demand until we ran out of posters! 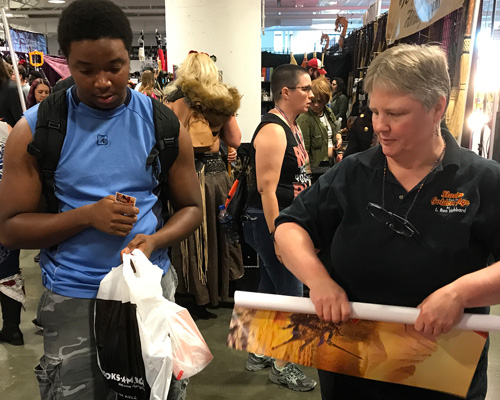 We also made some new friends who we are excited to work with in the future, including: 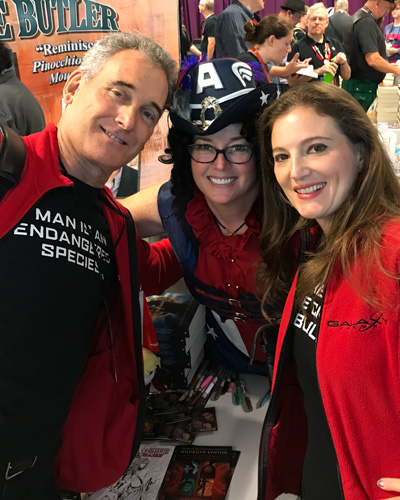 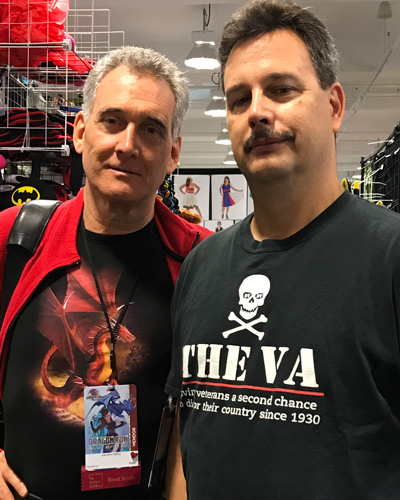 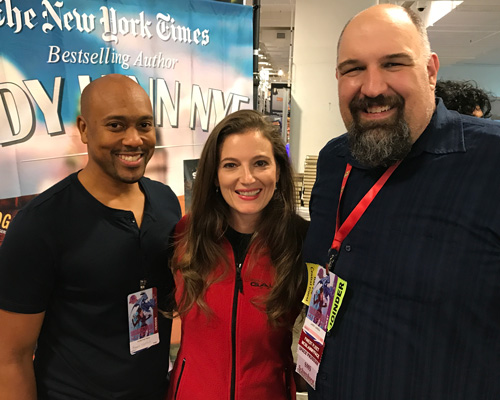 We invited Pat Henry, President Dragon Con, to come by as we had a very special presentation to give him in appreciation of his incredible support and help. Above you can see our presentation to him of a signed Frank Frazetta print of “Man: The Endangered Species.”

Pat, who was really happy to get this gift had this to say, “Thank you very much. I have a few Frazettas but not this one. I hope you had a great time. I really enjoy working with you all and am looking forward to having you back again next year.”

After presenting the print to Pat, Bill Fawcett whose wife is Writers of the Future Contest Judge Jody Lynn Nye, came by to say hello. Bill is a well-known editor, anthologist, game designer, book packager, author and historian—and for us, he is also a good friend! 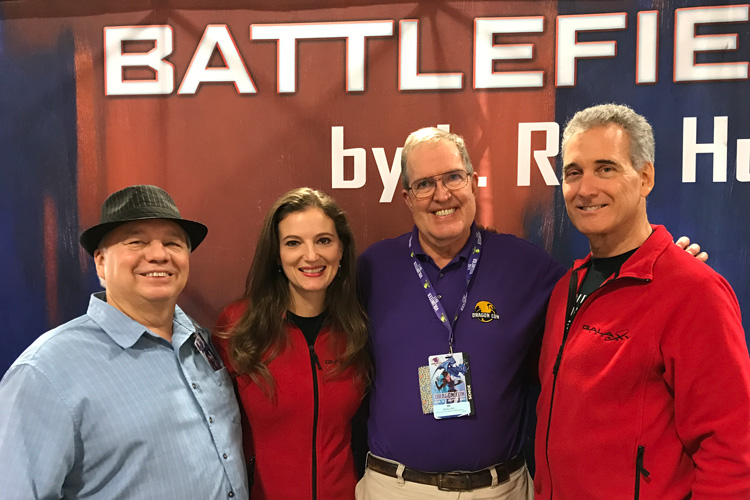 We were very happy to see Writers of the Future winner and Contest Judge Eric Flint (New York Times bestselling author of the Ring of Fire series) who stopped by to say hello and talk. We look forward to seeing him at the next awards event and Writer’s Workshop in April 2018. 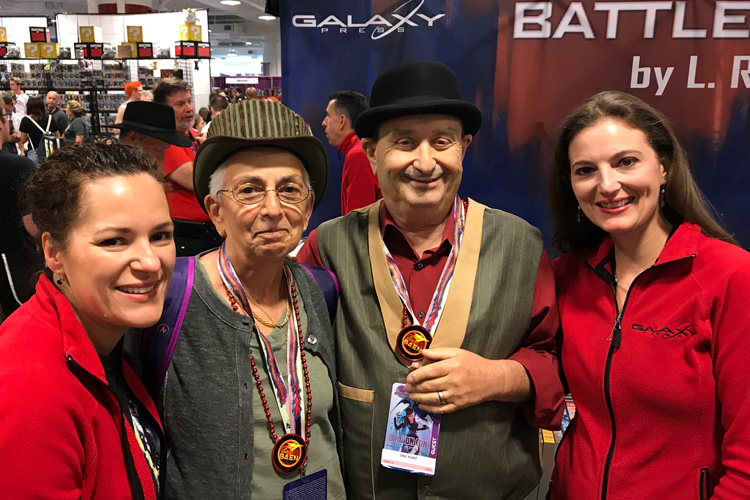 Illustrators of the Future Volume 9 winner, Brian Lee Durfee, came by the booth. He is very active as both an author (The Forgetting Moon, Book 1 of the Five Warrior Angels) as well as an artist. He made it down to visit after having sold out of his books at the convention. 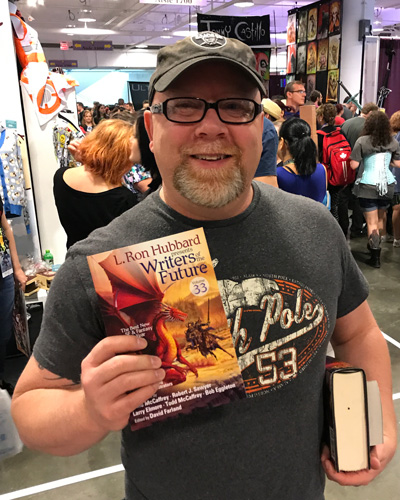 Well, that’s a wrap. We hope you have enjoyed this year’s Dragon Con!

Back to the Story
Scroll to top