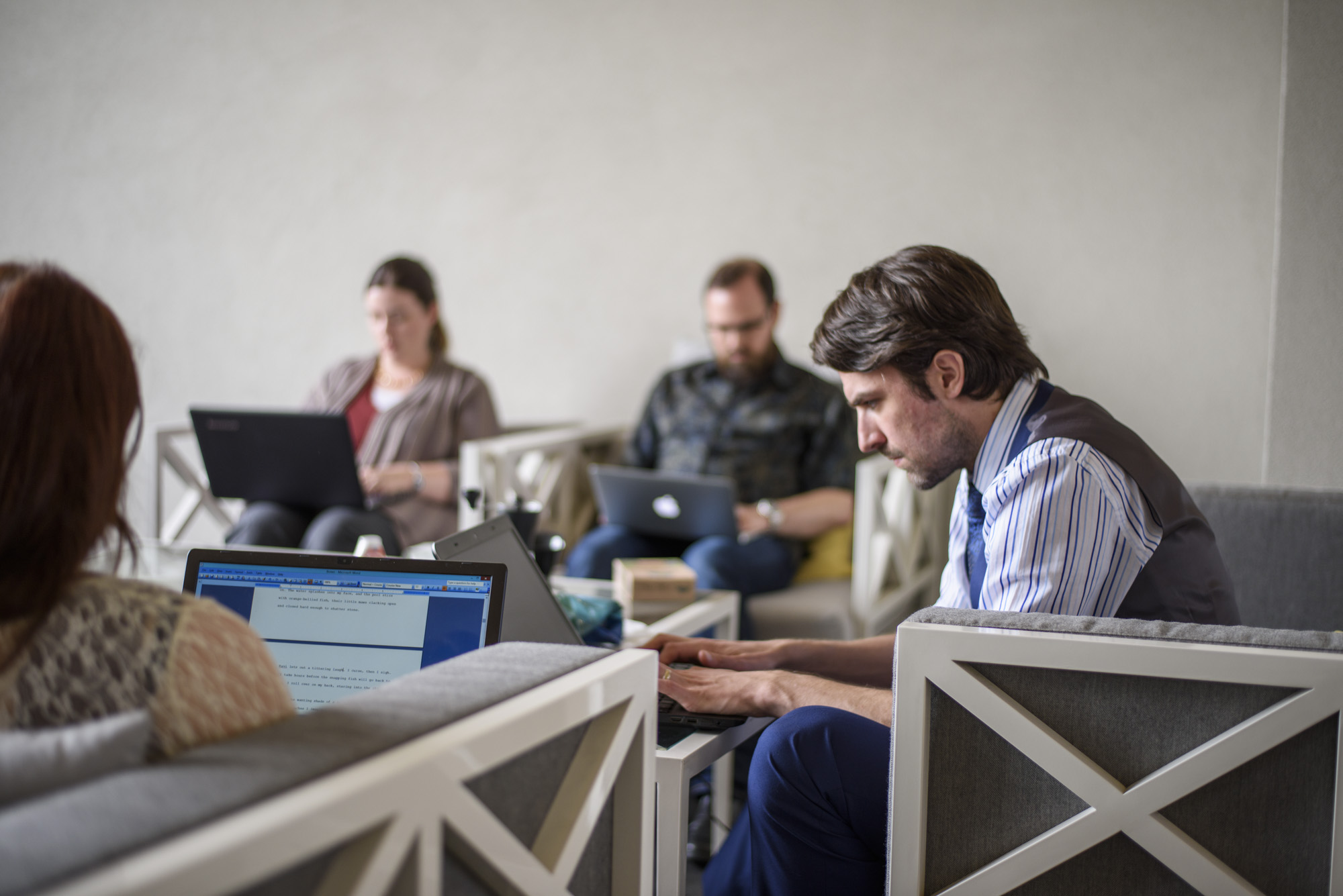 Day four began with the writers scrambling to finish their 24-hour stories before the final deadline at 4pm sharp. Many of them gathered on a patio overlooking Hollywood Blvd., popped in their head phones, and typed like the wind. K.D. Julicher had finished her impressive nine-thousand word story earlier, and retired to take a victory nap while her classmates toiled on.

As 4pm loomed, the writers filtered into Author Services, wielding their flash drives like weapons, to turn in their stories. Tim and Dave then took the printed stories and threw them down the stairs. Those three which fell the furthest were selected for critique. Rachel K. Jones, J.W. Alden, and Jon Lasser were the furthest fliers.

With the weight of their stories off their shoulders, the writers anxiously awaited the reveal of the artwork the illustrators had created for their stories. The moment the doors opened, the writers gasped and rushed through to discover all the beautiful pieces of art.

Once they were matched up, they finally got the chance to chat with the illustrator winners and gathered to take a group photo. The only thing brighter than the art in that photo was the smiles.

After a quick dinner break, the writers reconvened to hear their first guest lecturers. Sean Williams was up first, and delivered a moving and motivating speech that Charles Brown, the founder of Locus, used to give to the winners. It included such tough love as, “Anyone who can be talked out of being a writer shouldn’t be one.”

Sean then handed down his “10 and a Half Rules of writing,” including such wisdom as; be kind to everyone, read everything, and write what you love.

Nina Kiriki Hoffman treated the writers to handouts and dice that they could use to roll up random story ideas. She gave them seven minutes to start a story generated by the prompts. Matt Dovey and Julie Frost were brave enough to read their beginnings aloud, too much applause.

The writers were then given the three 24 hour stories to critique and were set free to get to work.

Day 3 – Illustrators of the Future Workshop

The day started with Ron and Val discussing with the progress and benefits of the workshop so far. The illustrators unanimously seemed to gain a great deal from the life drawing Salon. You can never get enough life drawing practice. It is essential to the development of the visual artist. Some of the artists had never drawn from the model before, especially costumed models like the ones from the Salon.

Mike Valle was the first workshop presenter of the day. Mike is a movie poster designer an Art Center alumni, and a long time friend of Cliff Nielsen, who served as a mentor to him throughout art school. Mike currently works for a company called Refinery, and also has previous experience in the advertising and movie poster industries. Mike says, a movie poster can go through hundreds of iterations and different versions before they narrow it down to one design. It is also most beneficial be versatile in terms of style as it results in getting the most work in this industry. Being too narrow and uncompromising can result in having little success. Mike has worked on a variety of projects from movie posters, book covers and layouts, film logos, and movie title sequences at the Refinery for close to 10 years. He works with a varied team of sketch artists, typographers, designers, illustrators, finishers and designers. Some of Mike’s projects include The Golden Compass, Batman Vs Superman, Ice Age, Coraline and the Walking Dead. Some of his clients include Fox, AMC, Focus Features, CW and Netflix.

The afternoon session started with Sergey Poyarkov, a Ukrainian artist and grand prize winner of the Illustrators of the Future contest 25 years ago. Sergey discussed his experiences as an illustrator and his transition into the fine art market. He touched on self publishing monographs and art books as well as fund raising methods for these types of projects. Sergey has worked as a book cover artist, editorial illustrator for newspapers. He has exhibited in galleries and museums, along with hosting a television show in the Ukraine.

Ron and Val Lindahn were the last to present for the day. They have worked together for over 25 years doing illustrations for book covers, magazine spreads, editorial illustration and movie posters. Ron and Val utilize traditional media and techniques such as graphite, ink, gouache, acrylics, along with photography, sculpture and building maquettes. Ron and Val function under the studio name Valhalla Studio.

Day 3 ended with the Big Reveal! The writer and illustrator winners discovered who they were paired with for the 32nd Volume of the L. Ron Hubbard’s Writers and the Future Anthology! 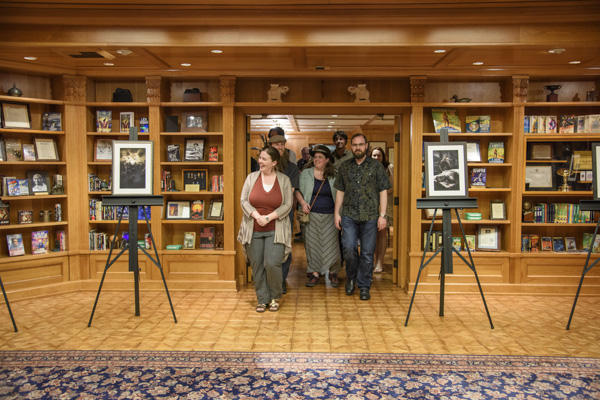 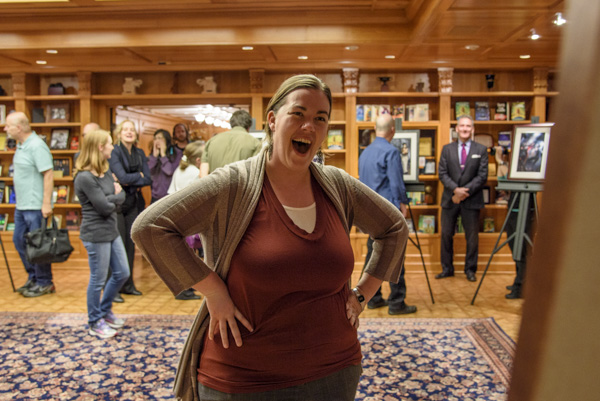 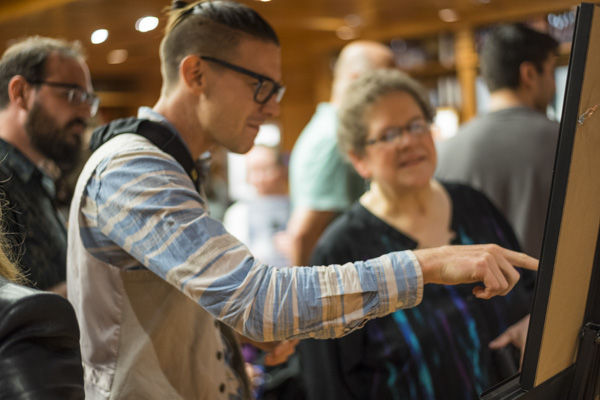 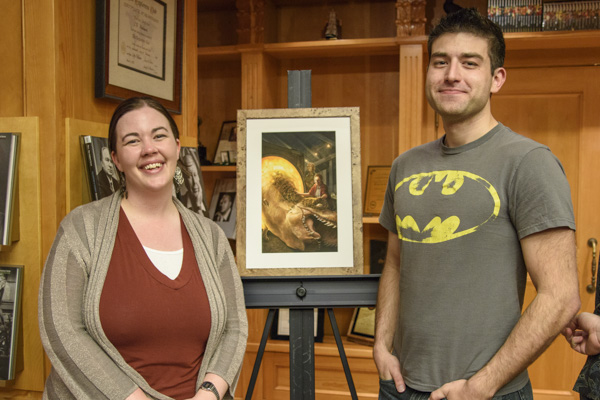 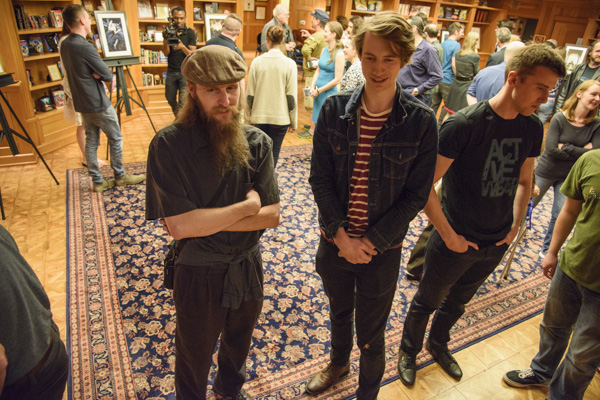 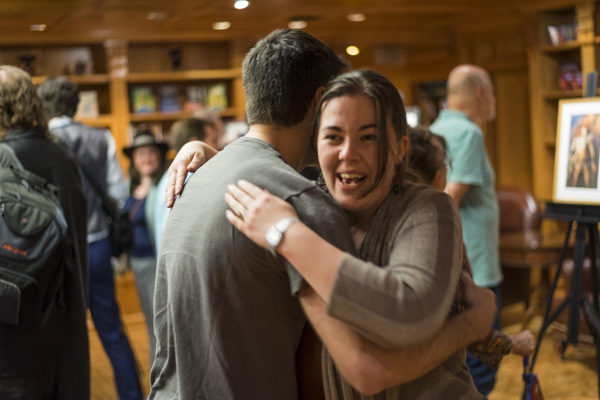 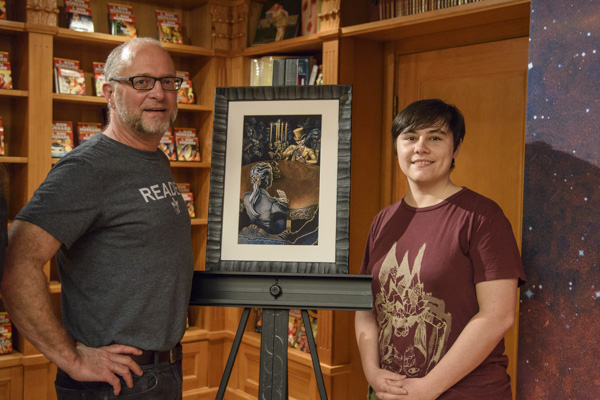 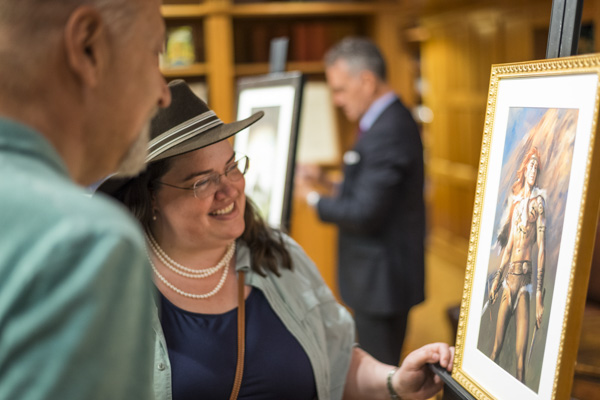 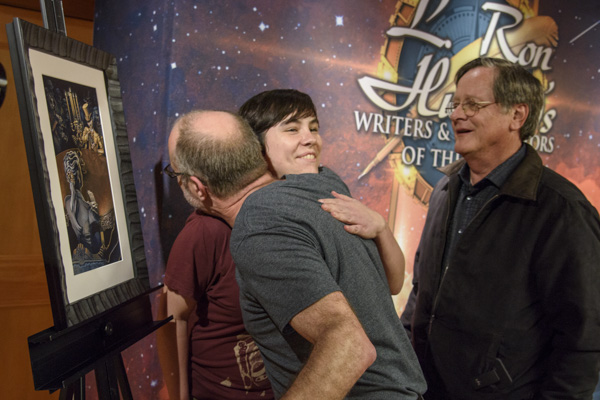 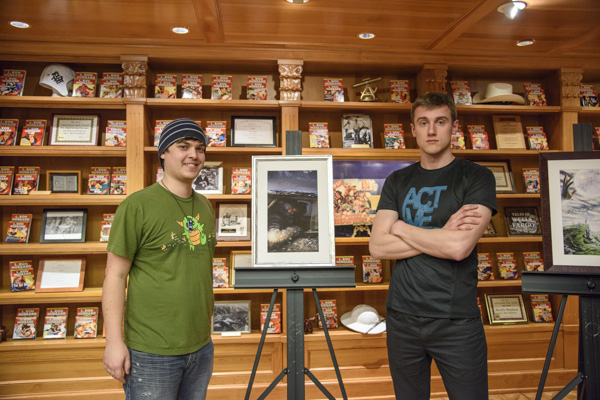 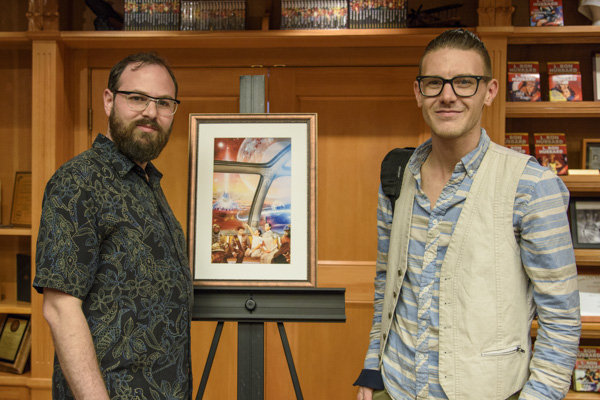 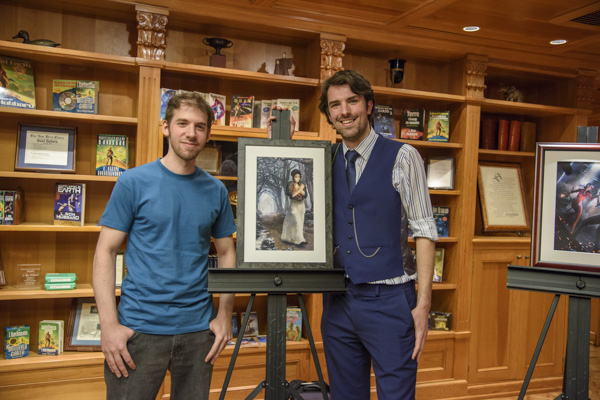 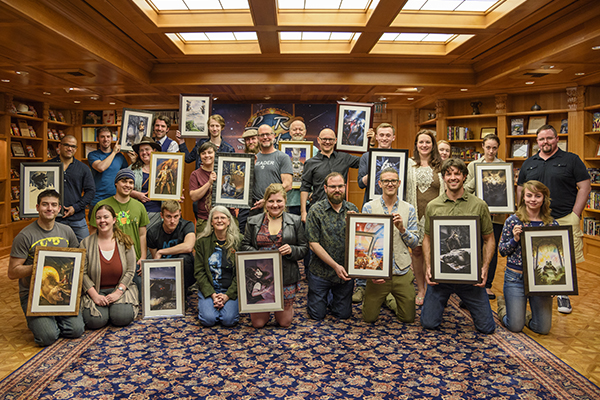