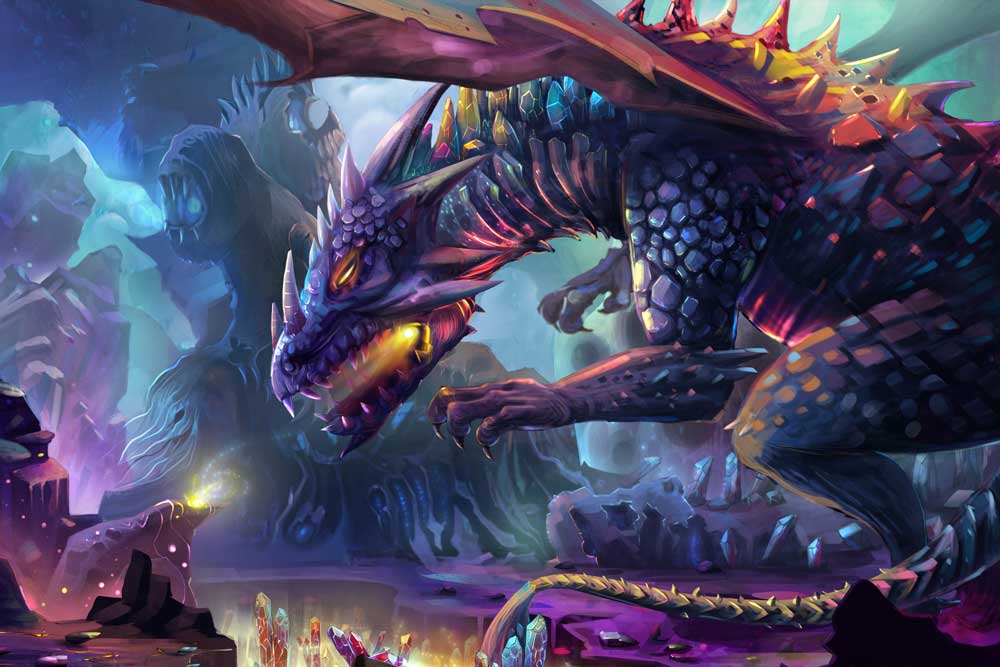 While wyverns and dragons have graced art galleries and portfolios and have been the subject of numerous bestselling fantasy books in recent times, they entered into the world of art and literature thousands of years ago.

The most common questions you will hear about wyverns vs. dragons are which one came first? And when did these mythological creatures enter the world of fantastic fiction? And what makes them different?

Some mythology experts have noted that dragons appeared as early as 2500 B.C. in a poem entitled Akkadian, considered to be the first great work of literature. In one of the most important pieces of English Literature, Beowulf, written around 1000 A.D., a dragon is slain by the legendary hero in a bloody battle.

Wyverns were first recorded as appearing in 752 A.D. in the figure of a dragon. They were encountered by the Trajan’s legions in Dacia. The Dacian Draco depicts the wyvern’s head on the standard banner of the ancient Dacian soldiers, which can still be seen on the Trajan’s Column in Rome, Italy.

Just as interesting as when they first appeared in the world of literature, are the many types, colors, and cultures of dragons.

Amphiptere: A serpent with greenish-yellow feathers, bat-like green wings with feathered bone, and an arrow-tipped tail. Others are described as entirely covered in feathers with a spiked tail, beak-like snout, and bird-like wings.

Dragon: A large serpent-like creature that appears in the folklore of many cultures around the world. Beliefs about dragons vary drastically by region, but dragons in western cultures since around 1,000 A.D. have wings, horns, four legs, and are capable of breathing fire. Dragons in eastern cultures are usually wingless, four-legged, serpentine creatures with above-average intelligence.

Drake: A spiny wolf-like creature with a dragon head, horns, and two legs.

Lindworm: A legendary serpent monster or dragon-like creature. In Norwegian heraldry, a lindworm is the same as the wyvern in British heraldry.

Wrym: A snake-like creature with no wings or legs and a dragon head.

Wyvern: A creature with a dragon’s head and wings, two legs, a reptilian body, and a tail often ending in a diamond or arrow shaped tip. A variant dubbed the sea-wyvern lives in the sea and has a fish tail in place of a barbed dragon’s tail.

Dragons have different colors and come from different cultures. Pat Henry, the CEO of Dragon Con, conducted extensive research on the various colors and cultures of dragons, which he shared during his keynote presentation at the annual L. Ron Hubbard Writers and Illustrators of the Future awards ceremony.

Wyverns and dragons have been around for millennia and continue to be created today through movies, comic books, novels, and art.

Many famous authors continue to tell dragon tales through fantasy short stories such as:

In magical and mythical creature stories such as:

The Dragonriders of Pern by Anne McCaffrey

And through epic fantasy fiction books:

The Hobbit, by J.R.R Tolkien

And lastly, the dragon even takes the stage in the New York Times bestselling science fiction novel Battlefield Earth, by L. Ron Hubbard, where the Chinese legend of the dragon eating the moon helps Jonnie Goodboy Tyler turn the tide in a battle of intergalactic proportions. Read part one of Battlefield Earth for free. 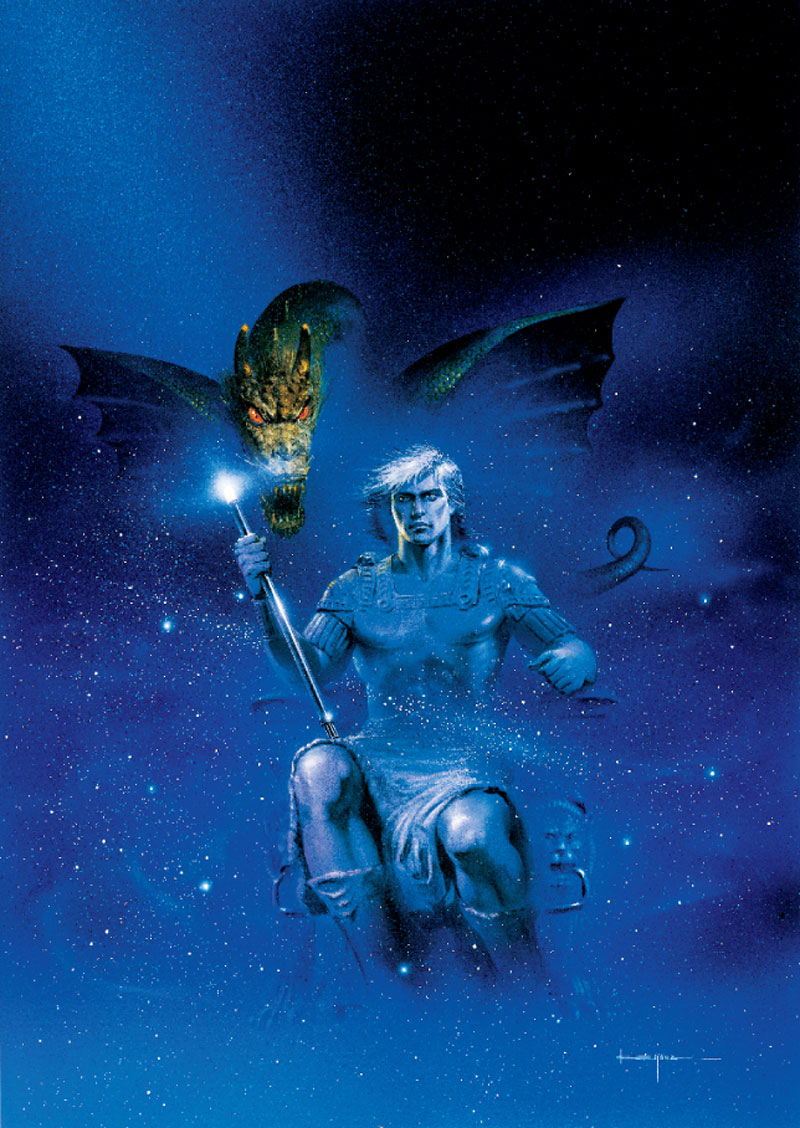 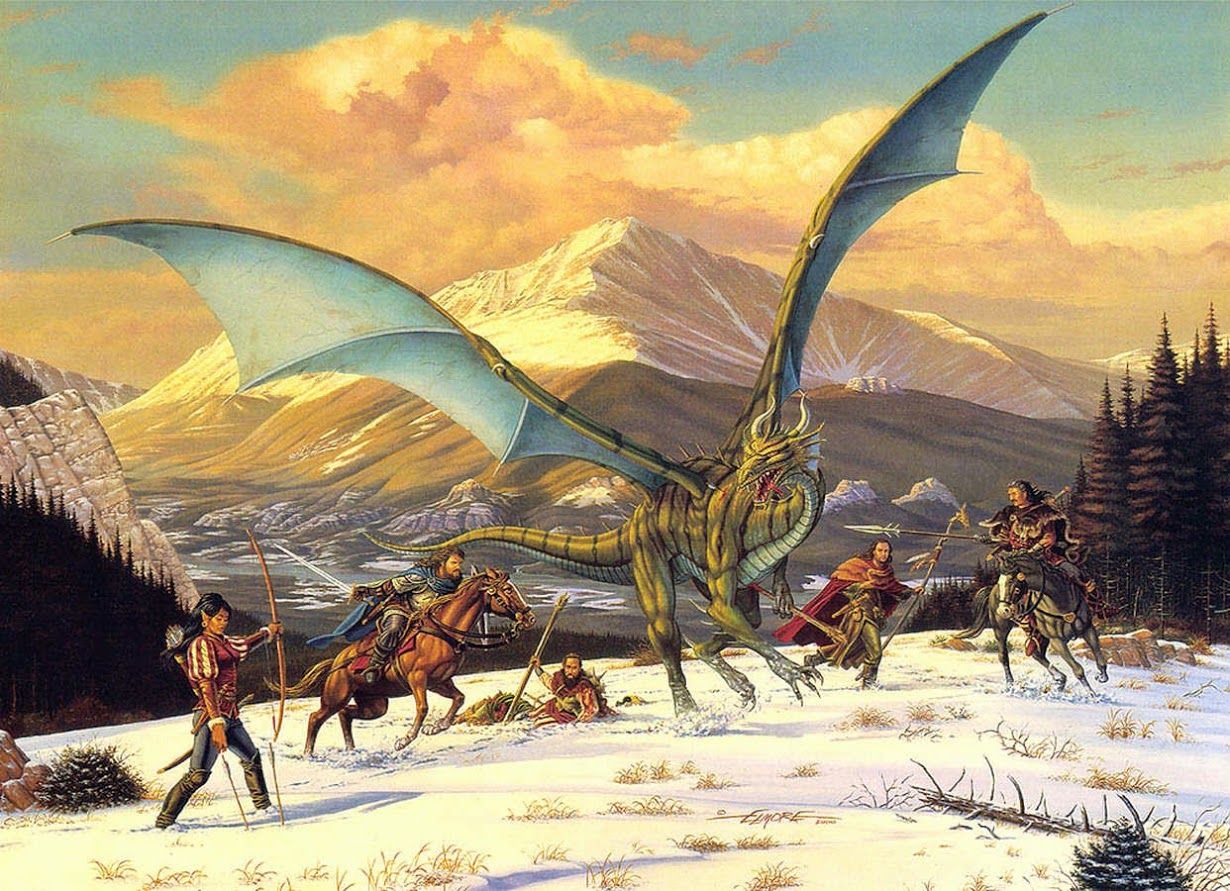 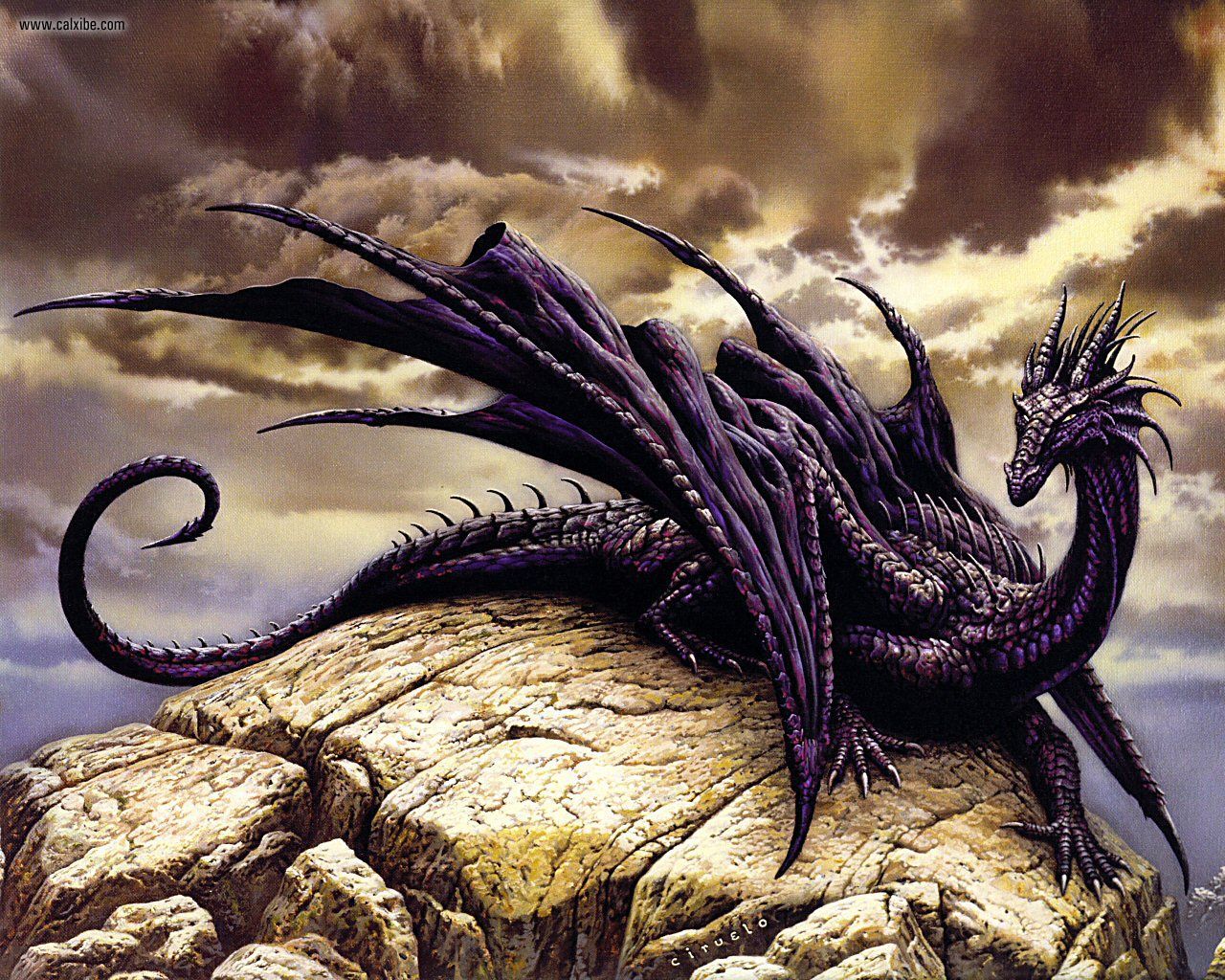 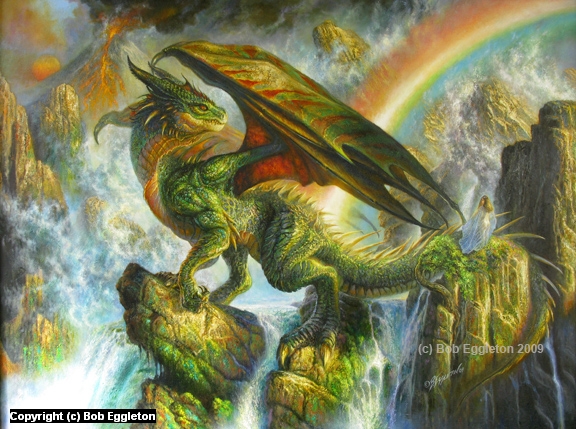 The Rainbow Dragon by Bob Eggleton

Dragons and Wyverns have long sparked our imagination and inspired art and stories about them—and they show no signs of dying anytime soon.

Sign up for the latest news, specials, giveaways, and cool offers.

Why Is It Not an Adventure Worth Telling If There Aren’t Any Dragons?

Can You Draw a Dragon? How Illustrators of the Future Inspires Students

Writers & Illustrators of the Future Workshop – Day 1
Scroll to top