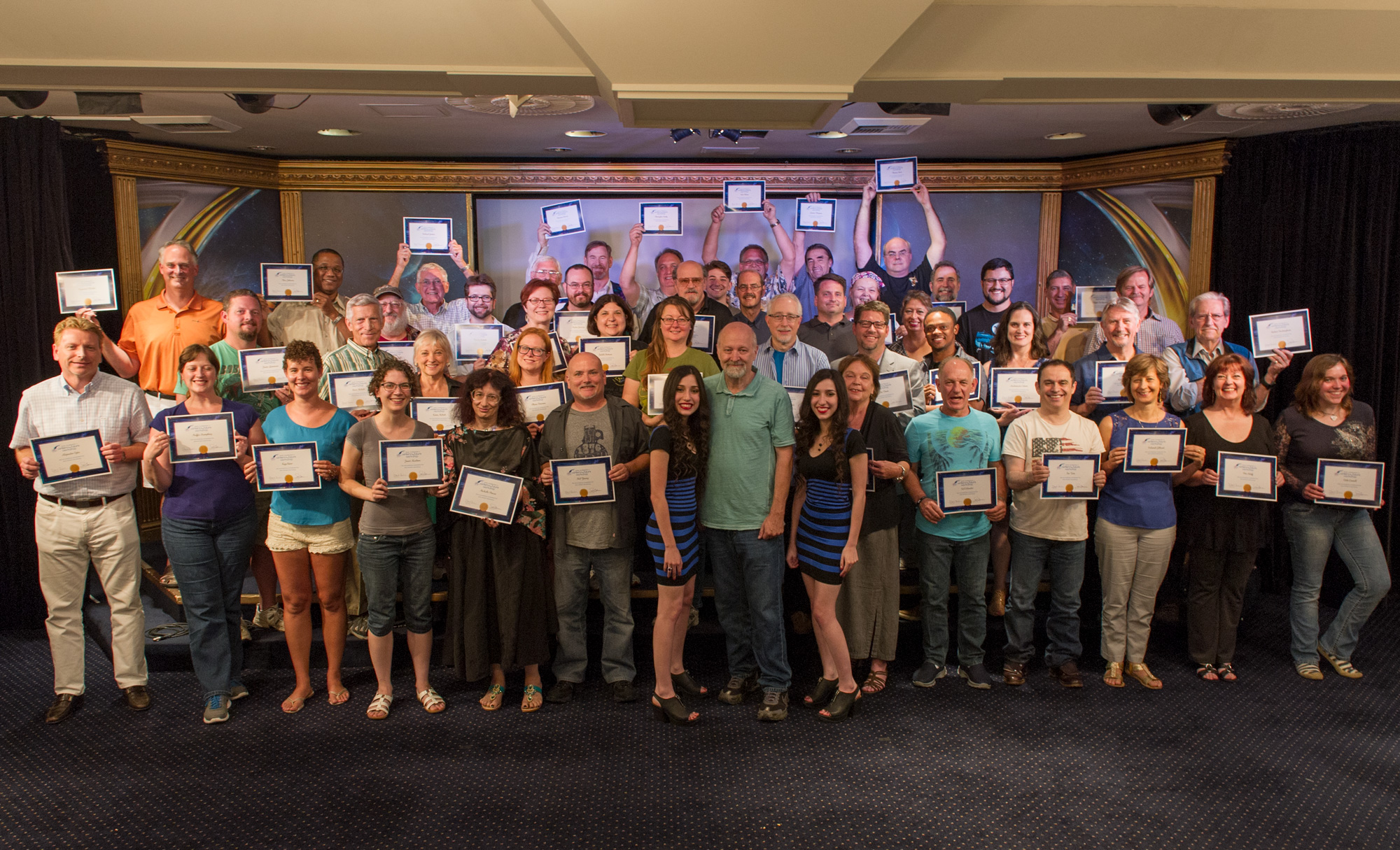 The famous Writers of the Future Workshop, previously only provided to Contest winners, has been made available to anyone wanting to attend. The first workshop was taught by David Farland (Wolverton), Orson Scott Card, Kevin J. Anderson, Rebecca Moesta and the Winner Twins (Brittany & Brianna). We had a great turnout with attendees from 13 different states and from novice to established writers. 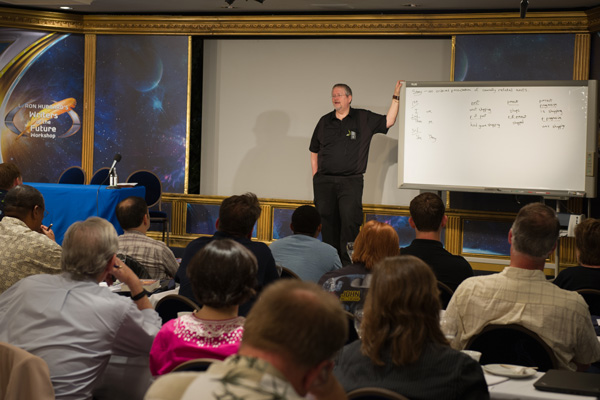 To cover everything would take several days of writing, so I’ll just hit the highlights here:

The Workshop started with Dave Farland welcoming all the attendees. The first speaker was Orson Scott Card who talked about creating story ideas and the techniques of writing in his presentation “1001 Ideas.” After speaking for two hours on the stage, he sat down and spent the entire lunch hour chatting and answering questions one-on-one from attendees. 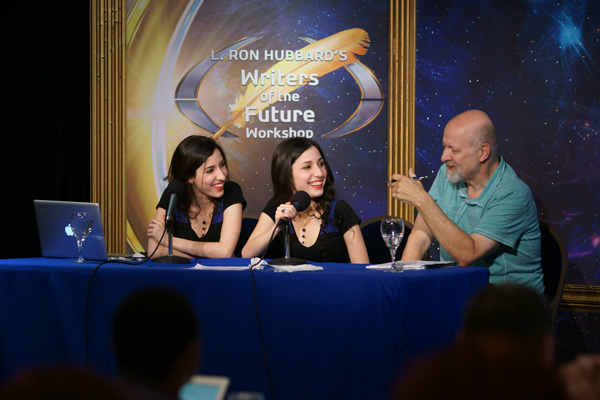 The afternoon workshop started with essays on writing by L. Ron Hubbard used in the annual workshop for the Writers of the Future Winners. The Winner Twins then passed out trinkets for the writing practical based on the article “Magic Out of a Hat.”

At the end of the day was a networking dinner followed by a live theatrical reading of one of Hubbard’s short stories “The Magic Quirt.” 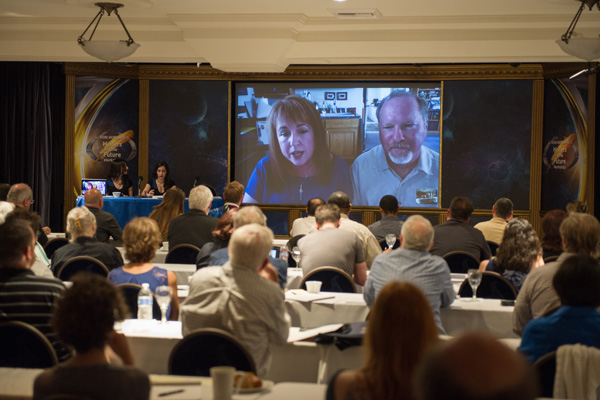 Day 2, started with instructors Kevin J. Anderson and Rebecca Moesta talking via Skype on “The Business of Writing.” In addition to providing helpful suggestions and needed information for anyone going pro; they answered the constantly asked question: “Should I give up my day job?”

The afternoon session again featured Dave Farland and the Winner Twins. The Winner Twins who are award-winning authors, provided a very thorough overview on the topic of self-publishing.

Dave Farland, often referred to as the “Story Doctor,” covered in detail “The Seven Points of Plot Structure.”

The workshop ended with certificates for everyone and a group shot. 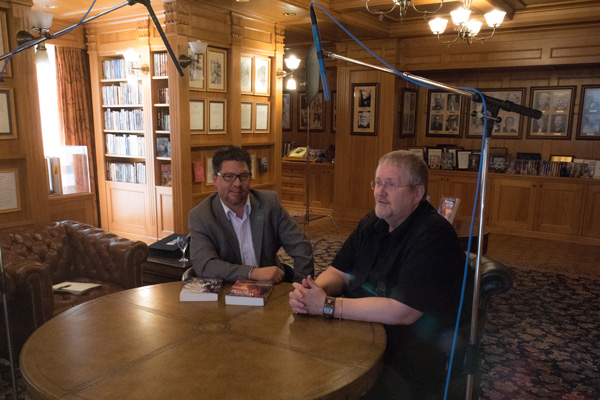 We’d like to thank a special guest, Joe Davis from Park City TV who hosts the “Mountain Morning Show.” Joe, who is a huge proponent of writing and of L. Ron Hubbard’s Writers of the Future Contest, has featured writer winners on his show. While in Los Angeles he was also able to get in interviews with Orson Scott Card, Dave Farland and the Winner Twins.

From all the feedback, the Workshop was a huge success. We won’t be surprised if we see many of these talented writers back again—but next time they will be on stage accepting their award for winning the Writers of the Future Contest.

The Distinction of a Writer OR Rule #1 of Writing