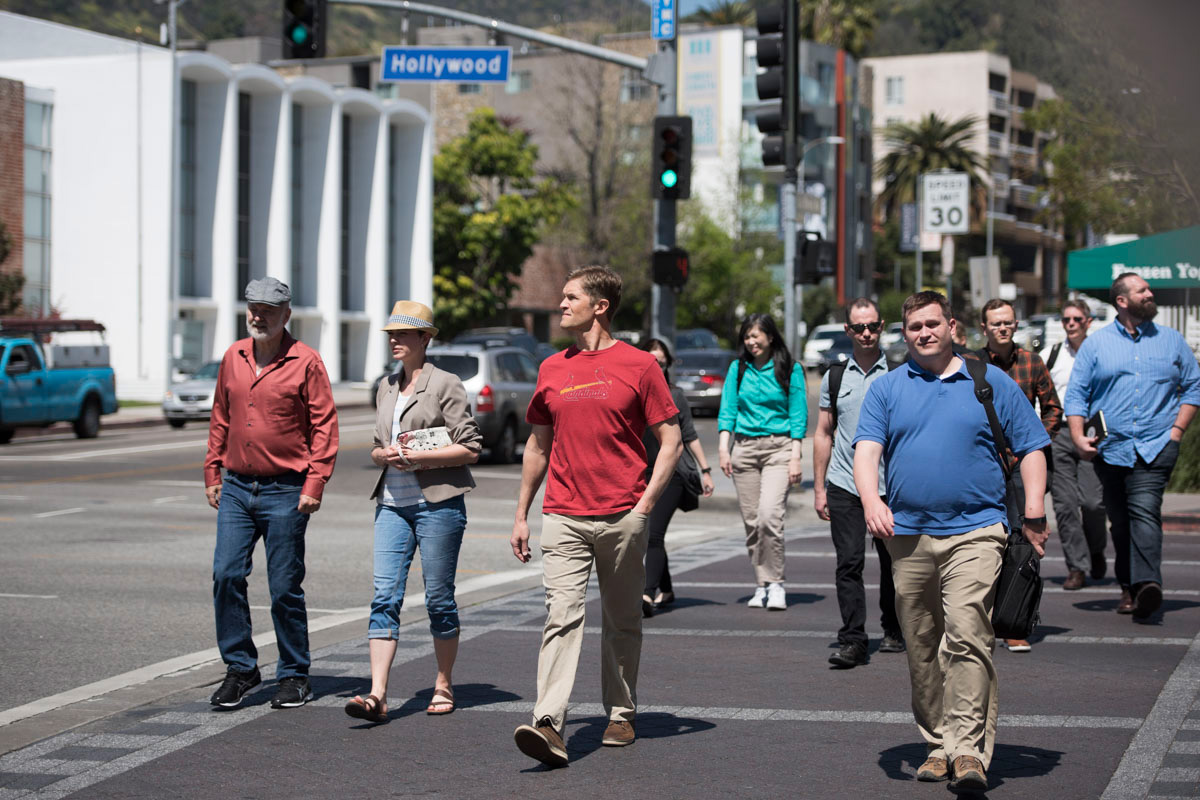 A subdued tension hangs in the air this morning.

Yesterday’s conversations about craft have been absorbed, and the collection of this year’s winners have spent the night with the knowledge of their story objects working their way into their psyches. They’ve shared moments. They’ve gotten comfortable with each other. This morning they know the learning session is going to be about agents and editors, and how to deal with that end of the business. They know they are going to go to the library, and they know they are going to ignore their mother’s advice and go out to talk with strangers.

They also know they are going to be writing a story today—the “24-hour story” as it were.

The specter of it looms. The feeling as the morning session gathers is like being on a roller coaster car that’s been slowly climbing to its peak. Now it’s cresting. Story time is coming.

I got a chance to chat with Anton Rose before the morning session started. Anton is from the UK and is the Q1 third place winner. He’s the guy with the phone cord as his story object. He’s looking forward to the challenge. I ask him how he’s enjoying the event so far, and he tells me that he’s enjoying the camaraderie. He has online support for his writing, he says. “But I don’t have a lot of people in my area doing speculative fiction. It’s nice to have real people to talk with.”

No surprise there, I suppose. This group of winners seems to have really bonded already.

Anton also says he’s been anticipating the 24-hour story. As the rest of the group files into the classroom, it becomes more and more obvious that all the winners have been thinking about this, too.

That said, if there is any topic that can divert the attention of new writers from the roller coaster ride, it’s a discussion about agents. The conversation is lively. Questions are asked. “You don’t want an agent,” Dave Farland said. “You want the agent.” Tim Powers agreed. “It’s like finding a spouse,” he added. “You don’t want to get married just because you found someone who will take you on, right?” There was more, of course. A whole lot more. And it was clear the winners were in full learning mode, which made this session a lot of fun to watch.

Then came the walk to the library for research, and the assignment to find a stranger to strike up a conversation with.

I brought up the rear during the walk to the library. Watching the entire column of writers trekking through Los Angeles made me think about the future. How many of the stories that are going to be written today will we see in magazines? I’m guessing a few. How will the things they research in a moment influence those stories? Some, I’m guessing, but I’ll put my money on the idea that the biggest influence on these stories will be the “conversations.” I tell a few of them that I can viscerally remember the people I talked to down to the point of what they were wearing and how their voices sounded as they spoke. Knowing you’re going to let someone’s persona influence your art has a way of changing how you store those memories I guess. Or, maybe it’s just me. The proof will be in the pudding.

Molly Atkins (published finalist) and Dustin Steinacker (Q1 first prize winner) kill two birds with one stone and conduct their conversations right there at the library. It’s fun to watch both take on animated tones, and even more fun when Dustin’s interview candidate pulls out a notebook and starts to show him maps and charts. “He was into celebrities,” Dustin told me afterward. There was more, too, Dustin went on in some depth that I won’t report on here because I have no idea how it will show up in his story. But let’s just say I’m intrigued. There’s every chance I may use the base concept in something I write soon, myself. That’s how ideas move through the world, right? They pass from person to person, morphing at each step.

Sean Hazlett (Q1 second place winner) takes a unique approach, calling an uber to take him to the Hollywood sign. “It’s only a couple minute drive, but I figure this way I get to sight-see and I get a captive audience.”

I had great fun pretending to be a hard-shelled street detective as I did my best to keep the Author Services photographers informed of where the winners were as they scattered around the area.

By 4:00 PM, however, the waiting is over. The winners gathered back in the classroom for a few additional moments of advice, then Tim Powers stood at the door and said “All right, it’s time. Go!”

Off the winners went.

Sitting here—jotting down these thoughts—I’m recalling the energy of this moment when I was here, and I’m imagining the work these winners are doing. I’m thinking about the people who were in my classes, and the stories I know they wrote that eventually got published. I can see their faces in my mind. Then I’m thinking about these thirteen winners working away. I can see them sitting in the hotel lobby and at the side of the pool. I can imagine them in their hotel rooms like I was back in the day. Typing away. Then sitting back and thinking. Staring out into space, and typing again. I’m thinking about words being put down on manuscripts as I’m sitting here. Thirteen stories. Let’s say 5,000 words each. Believe me, a lot of these winners will hit that number. Assuming they do, that’s 65,000 words that are being created today.

How awesome is that?

A ton of cool pics from today’s highlights can be seen HERE.

Illustrators of the Future Workshop 2017 – Day 1

Illustrators of the Future Workshop 2017 – Day 2
Scroll to top