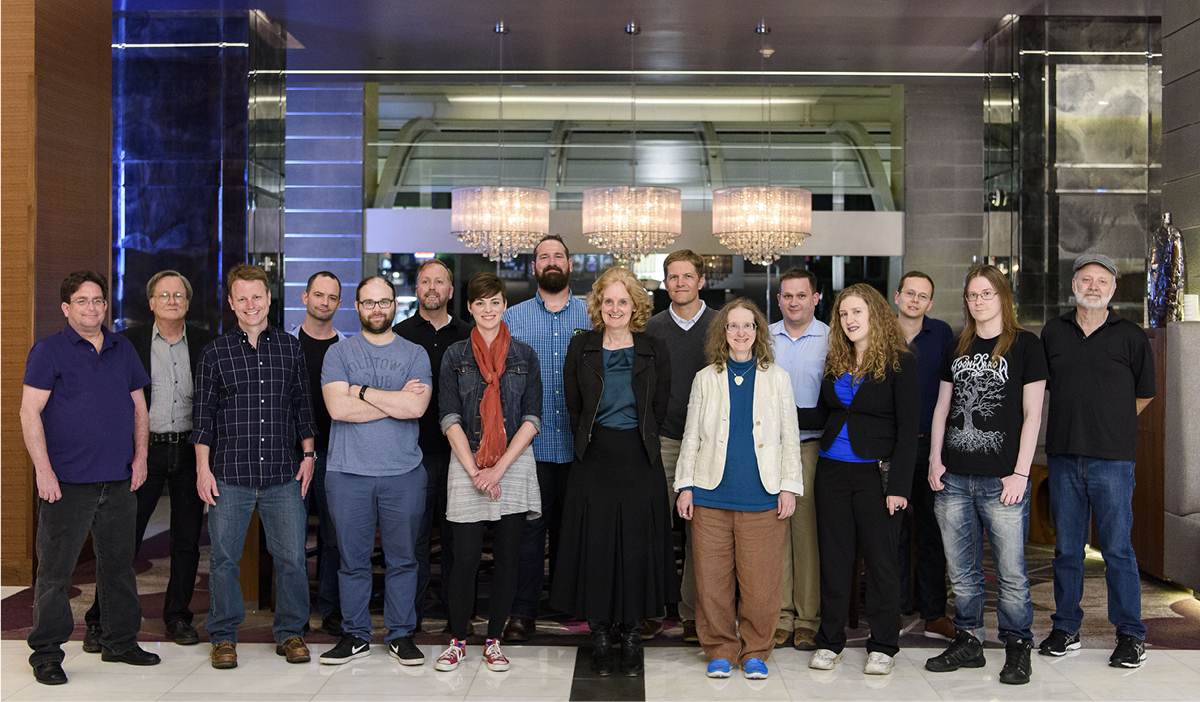 After as long as a year’s wait, fourteen writers (and one illustrator!) from around the world descended on Los Angeles today as the 33rd Annual Writers of the Future workshop commenced. They came from Finland, and from Utah. From Poland, and Kentucky. From the United Kingdom, Michigan, North Carolina, Massachusetts, Missouri, and, yes, even California. This international flavor has always been one of the most exciting things about the event as far as I’m concerned. How better to show the pure human nature of creativity than to see it coming from across the entire planet?

After settling into the hotel and getting situated, the evening’s main event was an introductory gathering of the winners in which each took a few moments to share their backgrounds. Then it was the instructors’ turn. Tim Powers and Dave Farland each gave a few words on how they expected the week to go. The discussion was light-hearted and energetic. You could feel the energy building in the room as Tim and Dave talked about the purpose of the event, and the purpose of the contest itself—to move writers to a different level of thinking about the craft, art, productivity, and perseverance it can take to be successful as a writer.

As a returning participant, it was a total blast to watch the reactions around the group to the idea of writing a story in 24 hours. Sure, everyone knew it was coming, but the idea got more real as Tim described the three “prompts” the gang would get: A seemingly normal object, a book on some random thing, and a conversation with a random stranger. “Put them all together,” Tim said. “And come back with a complete story.”

By the end of the night it seemed clear that this was a sentiment shared by everyone.

Here are some of the highlights of the day in pics.

A ton of cool pics from today’s highlights can be seen HERE.

Why Is It Not an Adventure Worth Telling If There Aren’t Any Dragons?

Writers of the Future Workshop 2017 – Day 2
Scroll to top