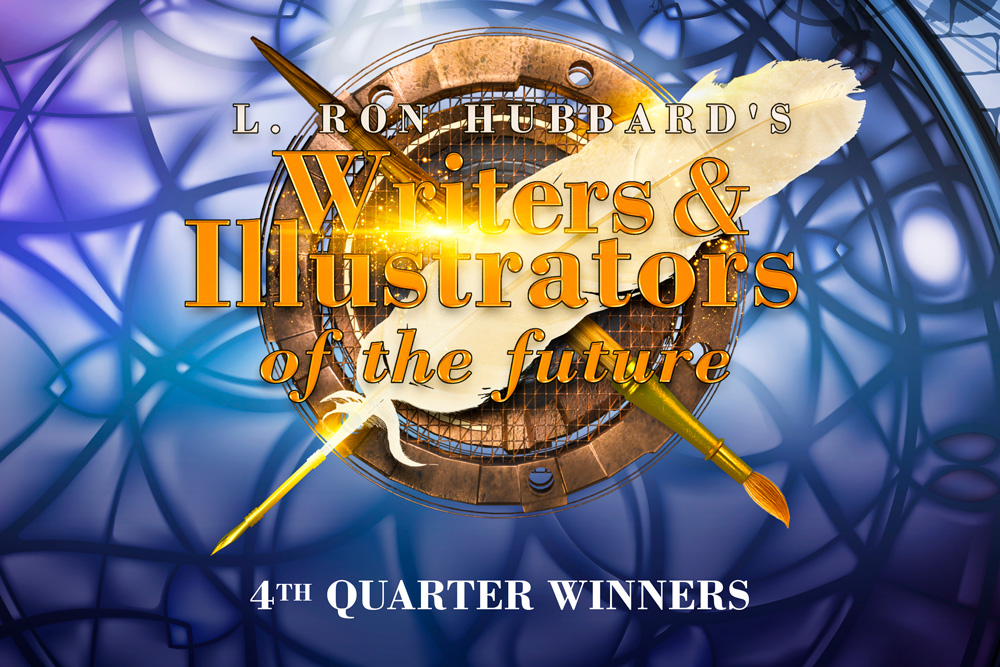 The L. Ron Hubbard Writers and Illustrators of the Future Contests are pleased to announce the fourth quarter winners.

For the Writers of the Future Contest, the winners for the quarter ending September 30, 2020, are:

They will be published in 2021 in L. Ron Hubbard Presents Writers of the Future Volume 37.

“The Contests continue to grow each year with winners now from 47 countries. Volume 37 will see our first winner from Italy,” said Contest Director Joni Labaqui.

The complete list of winners, finalists, and honorable mentions for the Writer Contest can be found at:
https://www.writersofthefuture.com/writers-of-the-future-4th-quarter-winners-announced-for-volume-37/

and for illustrator winners at:
https://www.writersofthefuture.com/illustrators-of-the-future-4th-quarter-winners-announced-for-volume-37/

At the point it is safe to travel in 2021, the award-winning writers and illustrators will be flown out to Hollywood for a week-long workshop with Contest judges, who are some of the biggest names in the field. Plus a lavish awards ceremony.

The Writers of the Future writing contest LINK: www.writersofthefuture.com was initiated by L. Ron Hubbard in 1983 to provide “a means for new and budding writers to have a chance for their creative efforts to be seen and acknowledged.” Based on its success, its sister contest, Illustrators of the Future, was created five years later to provide that same opportunity for the aspiring artist.

The Illustrating Contest’s 358 past winners have produced over 6,000 illustrations, 360 comic books, graced 624 books and albums with their art, and visually contributed to 68 TV shows and 40 major movies.

How About Finally Writing That Story as Your 2021 New Year’s Resoluti...
Scroll to top