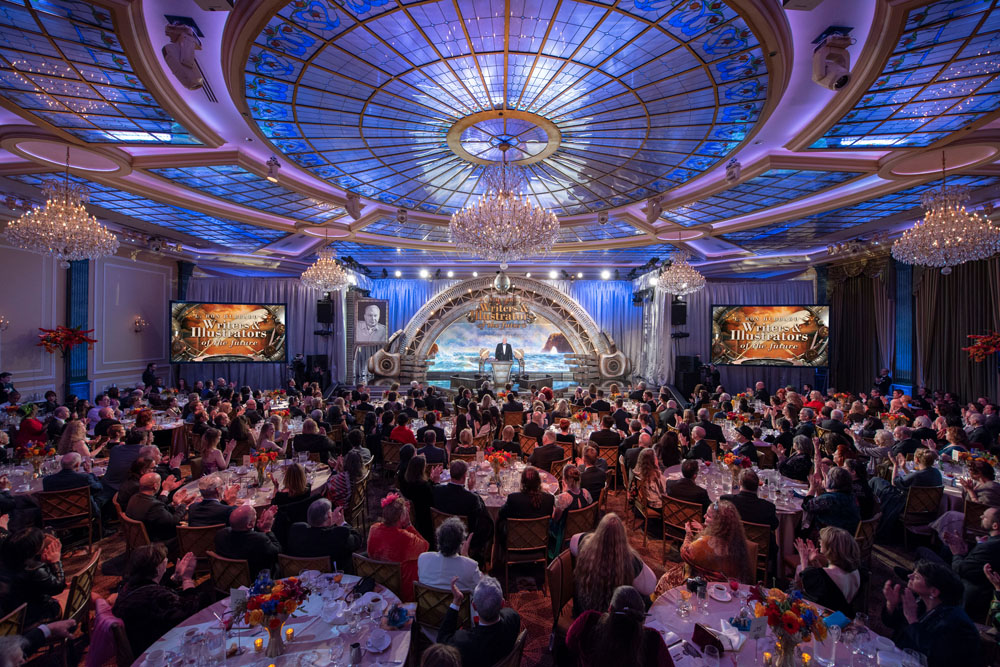 The L. Ron Hubbard Achievement Awards Ceremony, celebrating its 36th anniversary of the internationally-acclaimed Writers of the Future Contest and its companion Illustrators of the Future Contest, will be held as a combined event with the winners for the 37th anniversary on April 16, 2021. The change was done to accommodate the current international travel restrictions, thus enabling all Contest winners to be properly honored.

“The event theme and design are based on the book cover art from the annual anthology. As Volume 36 was illustrated by Echo Chernik, we have decided to have Echo also illustrate the cover of Volume 37, so it will be in the same theme,” said John Goodwin, President Galaxy Press. “We have never done anything like this before. In surveying the winners for 2020, there was an overwhelming response to move the event to 2021 and not hold an online event.”

While the anthology contains 12 winning short science fiction and fantasy stories from the winners, it will also have a follow up to the cover story “The Uncertain Egg” by best-selling author Jody Lynn Nye.

The event will be held at the famed Taglyan Complex in Hollywood. Contest judges and winners will fly in from around the world to attend.

Every quarter, three writers and three illustrators are selected by a panel of leading authors and artists of science fiction and fantasy. With no entry fee and judging done on an anonymous basis, the criterion is strictly merit. Beside first time publication, benefits include over $30,000 in cash prizes and royalties, a week-long workshop with top professionals of the genre as well as book signings, radio, and TV interviews organized by the Contest administrators to assist the winners in launching their careers.

For more information on the writing contest and illustration contest, go to www.writersofthefuture.com.

Participants Enrolled from Over 50 Countries for L. Ron Hubbard’s Writers...