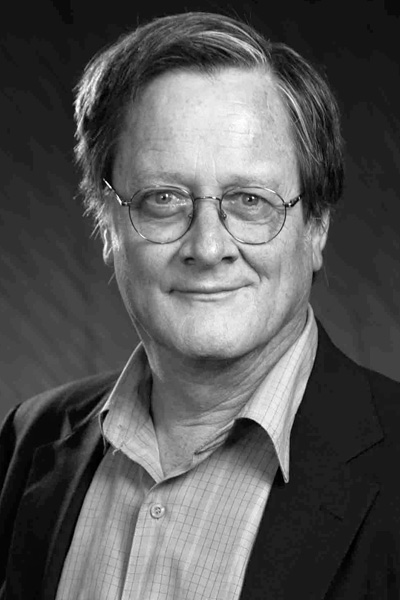 His most recent book is Hide Me Among the Graves. The Manchester Guardian called Powers “the best fantasy writer to appear in decades.” Tim has taught at the Clarion Science Fiction Writers’ Workshop at Michigan State University six times and currently teaches the annual Writers of the Future workshop. He has been involved with the Contest since its early years, serving as one of the instructors (along with Algis Budrys and Orson Scott Card) at the very first official WotF workshop in Sag Harbor. He was formally inducted as a judge in 1993. Powers lives with his wife, Serena, in San Bernardino, California.

“I think I’ve been a judge for most of the quarters in the past two decades. This means that several times a year I get a stack of manuscript photocopies via next-day mail, and take a day off from my own writing to read them all and evaluate them; this is no chore, since Dave Wolverton or K.D. Wentworth has already culled them from the total volume of submissions, and invariably there is at least one story that I’m grateful to have a chance to read. I send my verdicts in, and usually I hang on to a couple of the photocopies, just because I want to have the chance to read them again before the actual anthology is published. The stories at this point have no provenance beyond their titles—I don’t know the genders or ages or addresses of the writers; and not all of them turn out to live in North America, by any means. The only thing I can be fairly sure of is that I have not read anything by any of these writers before. (Over the years, I have read a lot of subsequent books from many of them, with their names right there on the spines and their photos on the dust jacket flap—though since I’m not a very up-to-date reader, I generally don’t get around to reading them until they’ve been nominated for Hugos or Nebulas or World Fantasy Awards.)” — Tim Powers