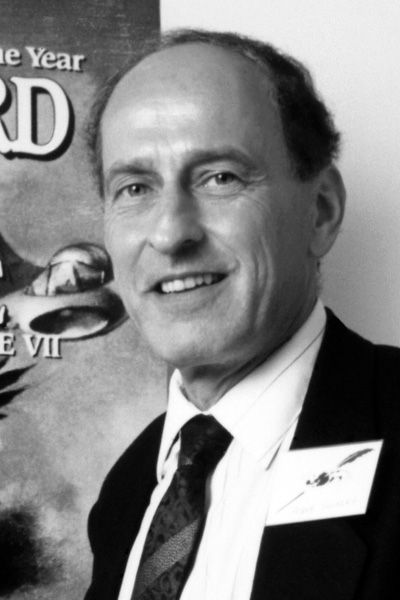 One of the most interesting and individual stylists in the field, Roger Zelazny (1937–1995) was a full-time writer for more than three decades. He won six Hugo and three Nebula Awards for novels and shorter work; such creations as A Rose for Ecclesiastes, Lord of Lightand This Immortal stand as enduring classics in the field. His most successful series was the bestselling Chronicles of Amber.

His work was characterized by a “science-fantasy” touch—a blend of science fiction plots and fantasy images, so that he became noted as one of our great makers of legends. He served for twelve years as a Contest judge, from the first year to his untimely passing in 1995.

“A writer still has to hustle in the beginning, and there seem to be as many different ways of going about it as there are writers. What I am saying is that the ones who succeeded and exhibited staying power had a plan. They followed it, they established themselves, they became secure. They sell everything they write now. They learned the extraliterary considerations as well as the writing reflexes necessary for the successful pursuit of the writer’s trade. I counsel all new writers to begin learning about publishing, distribution, agenting, contracts, to talk with other writers and other people in the publishing business whenever possible, to learn how things work. The actual writing is in some ways the easiest part of this business once you’ve mastered certain essentials, and the business side is the hardest part of writing when you are getting started. So much for the crass, commercial end of things. It is a delight to a tourist such as myself to see the opening of new realms each time that someone learns the magic words and shows us the way. It is a sign, I feel, of the strength and attraction of this area of writing that so many new people have been moved to make the effort, and that some good things have been done as a result. For long-range success, I can only counsel perseverance. After luck, I think it is one of the best things a writer can have.” — Roger Zelazny

Find out more at: fantasticfiction.com/z/roger-zelazny