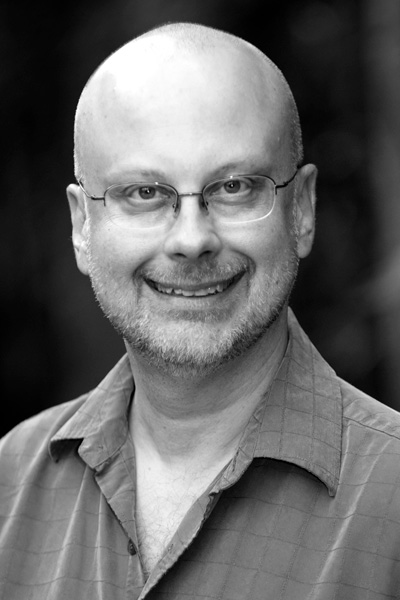 Dr. Robert J. Sawyer, called “the dean of Canadian science fiction” by The Ottawa Citizen, has won all three of the science fiction field’s top honors for best novel of the year, the Hugo, the Nebula and the John W. Campbell Memorial Award, as well as eleven Canadian Science Fiction and Fantasy Awards (Auroras).

The ABC TV series Flash Forward was based on his novel of the same name. Maclean’s: Canada’s Weekly Newsmagazine says, “By any reckoning, Sawyer is among the most successful Canadian authors ever.” Sawyer’s novels are top-ten mainstream bestsellers in Canada. His twenty-three novels include Frameshift, Factoring Humanity, Calculating God, Wake and the Neanderthal Parallax trilogy: Hominids, Humans, Hybrids.

He’s often seen on TV, including such programs as Rivera Live with Geraldo Rivera, Canada AM and Saturday Night at the Movies, and he’s a frequent science commentator for Discovery Channel Canada, CBC Newsworld and CBC Radio. Sawyer holds an honorary doctorate from Laurentian University and has taught writing at the University of Toronto, Ryerson University, Humber College, the National University of Ireland and the Banff Centre. He edits Robert J. Sawyer Books, the science fiction imprint of Red Deer Press. He was born in Ottawa in 1960, and now lives near Toronto with his wife, poet Carolyn Clink.

“The list of past winners and runners-up reads like a Who’s Who of the last quarter century of the SF/F field. And the physical anthologies—packed with brilliant stories and thoughtful essays, all wonderfully illustrated by the artist winners—is always a joy to behold: a terrific book, and a terrific launch to the careers of the latest batch of the very best new writers in the field.” —Robert J. Sawyer

Find out more at: www.sfwriter.com