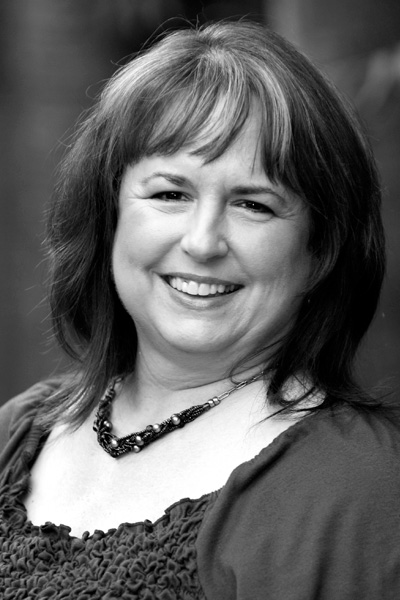 Rebecca Moesta wanted to be an author since her early teens, but it wasn’t until 1991 that she began writing in earnest. She has written or ghost written forty books, including Buffy the Vampire Slayer: Little Things and three Star Wars: Junior Jedi Knights novels. With her husband, fellow WotF judge Kevin J. Anderson, she wrote three movie novelizations, a novel based on the StarCraft computer game and a Star Trek graphic novel, The Gorn Crisis. Moesta wrote the novelization for the Hallmark movie A Christmas to Remember.

As a team, Moesta and Anderson are best known for their series of fourteen bestselling and award-winning young adult Star Wars novels, the Young Jedi Knights. Their original Crystal Doors fantasy trilogy was published by Little, Brown and Company, and the pair penned the lyrics to two rock CDs. Their Star Challengers trilogy with June Scobee Rogers was written to promote space and science education, in conjunction with the Challenger Learning Centers.

Moesta, who earned a Master of Science degree in Business Administration from Boston University in 1985, has taught every grade level from kindergarten through junior college. She is CEO of WordFire, Inc., copublisher of WordFire Press, and cofounder of Superstars Writing Seminars, all companies that she and Kevin J. Anderson own. In addition to her writing, Moesta is a freelance editor. She serves as final reader and copy editor on her husband’s manuscripts. After being a guest lecturer at the WotF workshop for many years, she became a judge in 2007.

“L. Ron Hubbard not only established the contests, he wrote a series of articles covering countless aspects of writing and creativity. The intensive workshop for Contest winners is one of the most broad-based and enlightening of its kind.” —Rebecca Moesta

Find out more at: www.wordfire.com