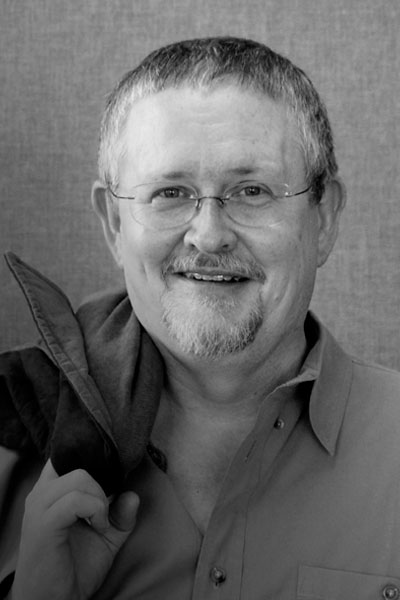 Orson Scott Card is the author of the SF novels Ender’s Game, Ender’s Shadow and Speaker for the Dead, which are widely read by both adults and younger readers and are increasingly used in schools. Ender’s Game was also made in to a major motion picture. Card also writes contemporary fantasy, biblical novels, the American frontier fantasy series the Tales of Alvin Maker, poetry and many plays and scripts. He has won the John W. Campbell Award, the Nebula (twice), the Hugo (four times) and the 2008 Margaret A. Edwards Award for Young Adult Literature.

Card was born in Washington and grew up in California, Arizona and Utah. He recently began a long-term position as a professor of writing and literature at Southern Virginia University. Since 2001, he has run an annual “literary boot camp,” an intensive critiquing workshop for aspiring writers; he has also written two books on writing.

Orson Scott Card has been a judge of the Writers of the Future Contest since 1994, having earlier served as a guest instructor at the writers’ workshops, both at Sag Harbor, Long Island and at Pepperdine University in Los Angeles.

“The Writers of the Future Contest gets the best work of new writers with fresh ideas. Reading the winners is like the exhilaration of a brand-new thrill ride—you’ve never heard this voice before, never shared this vision. That’s why the annual anthology is always so good. . . . Writers of the Future simply is the best way to launch a career. It’s one of the forces that keep science fiction alive.” —Orson Scott Card

Find out more at: www.hatrack.com