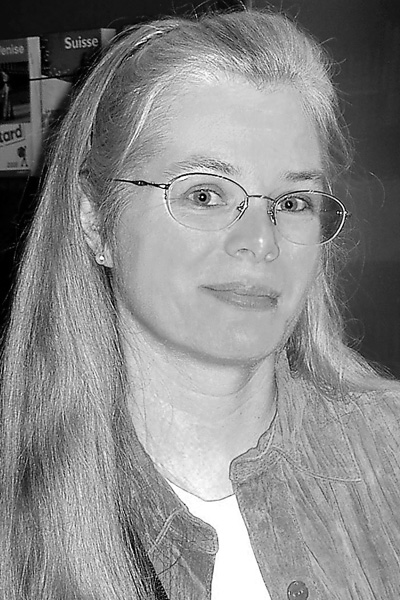 Kristine Kathryn Rusch is a New York Times and USA Today bestselling author and award-winning mystery, romance, science fiction and fantasy writer. She has written many novels under various names, including Kristine Grayson for romance and Kris Nelscott for mystery. Her novels have made the bestseller lists—even in London—and have been published in fourteen countries and thirteen different languages. She is married to, and has often collaborated with, fellow WotF judge Dean Wesley Smith.

She and Kevin J. Anderson first met in a college creative writing class as young aspiring writers and have kept in touch ever since (when they found they learned more from each other than from the minimally published professor). They both entered the Contest many times, but neither placed in a quarter before becoming professional writers. Now, Rusch’s awards range from the Ellery Queen Readers Choice Award, to the Hugo Award and the John W. Campbell Award. She was nominated for the Hugo, the Shamus and the Anthony Award all in the same year (2009). She is the only person in the history of science fiction to have won a Hugo Award for editing and a Hugo Award for fiction. Her short work has been reprinted in thirteen Year’s Best collections (one story, “G-Men,” appeared in both the best mystery and best SF collection, the first story ever to do so).

Under her own name, Rusch’s novels include the Fey series, the Retrieval Artist series, Hitler’s Angel, The White Mists of Power, Alien Influences, Diving into the Wreck and many more. She is the former editor of the prestigious Magazine of Fantasy & Science Fiction. Before that, she and Dean Wesley Smith started and ran Pulphouse Publishing, a science fiction and mystery press in Eugene. She lives and works on the Oregon Coast and she became a WotF judge in 2010.

“For more than twenty-five years, Writers of the Future has picked the brightest stars out of the annual pool of new writers. And not just stars from the science fiction universe, but stars who have gone on to make their mark in the literary mainstream (Karen Joy Fowler), in romance (Jo Beverley) and young adult (Nancy Farmer), just to name three. I’ve always floated around the edges of the Contest. I’m happy to finally have an official role.” — Kristine Kathryn Rusch

Find out more at: kriswrites.com