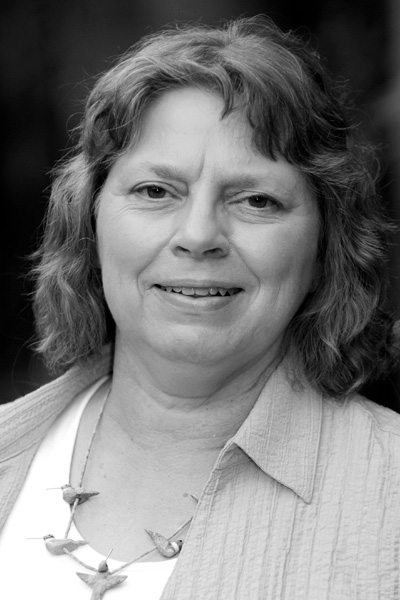 K.D. Wentworth (1951–2012) was a Contest winner (1988), then a judge (2000) and remained First Reader and Coordinating Judge, as well as primary workshop instructor and current editor of the annual L. Ron Hubbard Presents Writers of the Future anthology for the remainder of her life.

Born in Tulsa, Oklahoma, Wentworth attended thirteen different schools before graduating from high school in upstate New York and returning to Oklahoma to earn her BA in liberal arts from the University of Tulsa. An elementary school teacher, she entered and became a winner in the Contest. Since that auspicious start of her professional writing career, she has sold over fifty short stories (two of which have been Nebula nominees) to such markets as Aboriginal SF, Pulphouse, Return to the Twilight Zone, Fantasy & Science Fiction and Realms of Fantasy.

She published seven novels including Stars over Stars and This Fair Land in collaboration with fellow WotF winner and judge, Eric Flint.

“I know this program is effective, because it worked for me. In 1987, soon after I began writing seriously, I bought a copy of the L. Ron Hubbard Presents Writers of the Future anthology in a bookstore and started entering the Contest. The only signs I’d ever had up to that point that I wasn’t wasting my time writing were occasional scribbled lines of criticism on form rejections. That phone call telling me I had won was the first time in my life that it seemed possible I would achieve my long-cherished dream of having a career as a writer.” —K.D. Wentworth