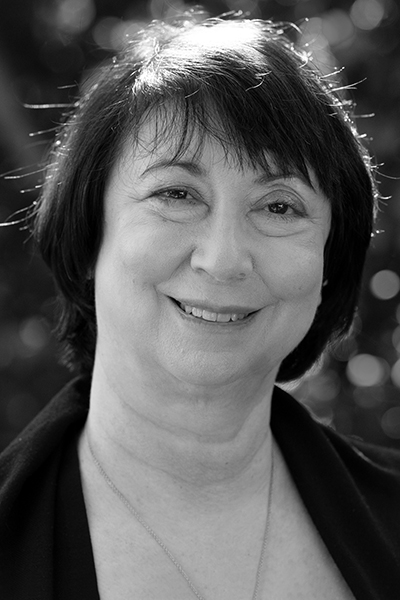 Jody Lynn Nye lists her main career activity as “spoiling cats.” When not engaged upon this worthy occupation, she writes fantasy and science fiction books and short stories.

Since 1987 she has published over 40 books and more than 120 short stories. Among the novels Nye has written are her epic fantasy series The Dreamland, beginning with Waking In Dreamland, five contemporary humorous fantasies, Mythology 101, Mythology Abroad, Higher Mythology (the three collected by Meisha Merlin Publishing as Applied Mythology), Advanced Mythology, The Magic Touch, and three medical science fiction novels, Taylor’s Ark, Medicine Show and The Lady and the Tiger. Strong Arm Tactics is a humorous military science fiction novel, the first of The Wolfe Pack series. Nye wrote The Dragonlover’s Guide to Pern, a non-fiction-style guide to the world of internationally bestselling author Anne McCaffrey’s popular world. She also collaborated with Anne McCaffrey on four science fiction novels, The Death of Sleep, Crisis On Doona, Treaty At Doona and The Ship Who Won, and wrote a solo sequel to The Ship Who Won entitled The Ship Errant. Nye coauthored the Visual Guide to Xanth with bestselling fantasy author Piers Anthony, and edited an anthology of humorous stories about mothers in science fiction, fantasy, myth and legend, entitled Don’t Forget Your Spacesuit, Dear! She wrote eight books with the late Robert Lynn Asprin, License Invoked, a contemporary fantasy set in New Orleans, and seven set in Asprin’s Myth Adventures universe: Myth-Told Tales (anthology), Myth Alliances, Myth-Taken Identity, Class Dis-Mythed, Myth-Gotten Gains, Myth Chief, and Myth-Fortunes. After Asprin’s passing, she published Myth-Quoted and Dragons Deal (Ace Books), third in Asprin’s Dragons series.

Over the last twenty or so years, Jody Lynn Nye has taught numerous writing workshops and participated on hundreds of panels covering the subjects of writing and being published at science-fiction conventions. She has spoken in schools and libraries around the north and northwest suburbs. In 2007 she taught fantasy writing at Columbia College Chicago. She also runs the two-day writers workshop at Dragon Con.

She lives in the northwest suburbs of Atlanta, with her husband Bill Fawcett, a writer, game designer, military historian and book packager, and a black cat, Jeremy.

Jody Lynn Nye became a Writers of the Future judge in 2016.

“I chose to join the judging staff of the WotF Contest to help bring out the best of new writers. This is a forum that gives them the opportunity to be noticed in a greater market than they would normally enjoy. I feel that the ongoing competition makes writers work harder and reach farther than they might writing on their own. I’m fascinated to see where they take the field of science fiction.” —Jody Lynn Nye