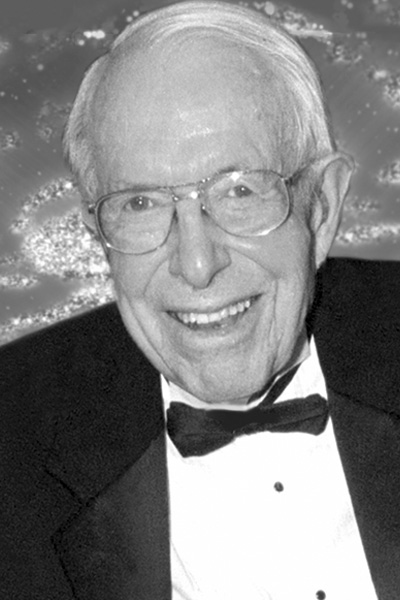 A towering figure in the history of the genre, named a Grand Master by the Science Fiction Writers of America, Jack Williamson (1908–2006) was a working writer across more decades than any other writer in the history of SF. His first published short story, “The Metal Man,” appeared in 1928, and he continued to publish novels until his death in 2006. His Legion of Space trilogy and his Legion of Time stories are classics, as is his Humanoid series. He is generally credited with coining the terms “genetic engineering” and “psionics.”

Williamson was also a revered educator: a retired professor of literature in New Mexico, he produced a major scholarly analysis of H.G. Wells and several works on teaching science fiction.

He was among the initial judges in the first year of the Contest and an instructor at the initial WotF test workshop in Taos, New Mexico. He received the L. Ron Hubbard Lifetime Achievement Award for Outstanding Contributions to the Arts. He served as a judge for more than two decades until his death in 2006 at the age of 98.

“For the new writer, science fiction can be the last green oasis in a grimly forbidding desert. Getting a start is commonly hard, maybe harder than it used to be. When I was beginning, back in the 1920s, there were scores of pulp magazines; devoted to every sort of fiction, they bought millions of words a month. Their editors encouraged new talent, best of all by printing what we wrote. With the story Contests … L. Ron Hubbard is opening new trails into the new worlds of SF—worlds still alluring to me, even after exploring them for nearly sixty years. As one of the judges, I enjoyed reading the stories. I must admit that I found the winners hard to pick.” —Jack Williamson