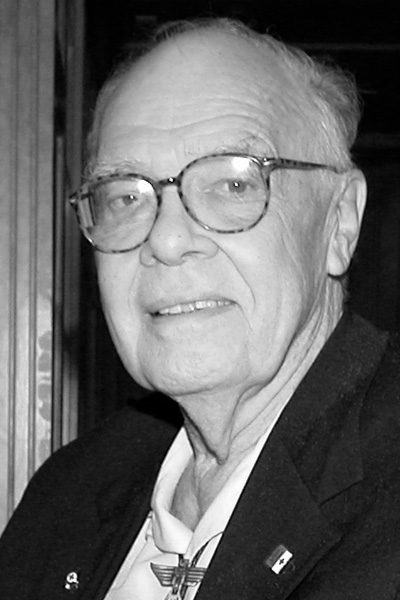 Hal Clement (1922–2003) was born Harry Clement Stubbs in 1922 and earned degrees in astronomy, chemistry and education. He was a multiengine pilot in World War II, by which time he was already publishing stories in Astounding Science Fiction with his own brand of “hard” SF: a combination of gripping story with meticulously worked-out scientific extrapolation of a totally alien environment. He is best known for his novels Mission of Gravity, Iceworld and Needle.

A lifelong science fiction enthusiast, Clement was a proud member of First Fandom. He was named a Grand Master by the Science Fiction Writers of America in 1998 and became a WotF judge in 2001. Hal Clement passed away in 2003.

“Writing a science fiction story is fun, not work . . . treat the whole thing as a game. You are painting a word picture (or a series of them—the frames in a movie). Your pigment is your vocabulary, your brushes are the rules of grammar and your model is the universe—the known (and thinkable, if you’re extrapolating) laws of Nature.” —Hal Clement