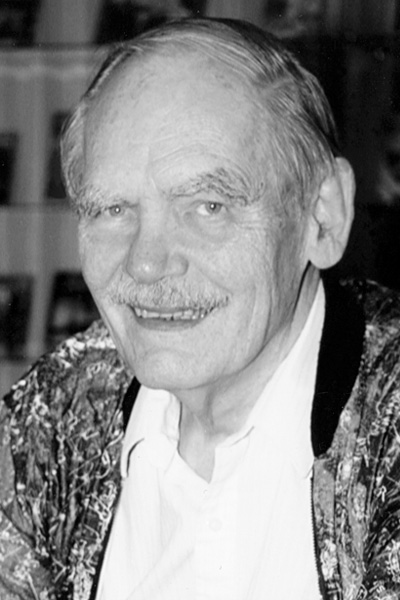 A notable SF author since before World War II, Frederik Pohl (1919–2013) was also an editor of great influence, starting at Astonishing and Super Science magazines and going on to Galaxy, IF and others. He discovered R.A. Lafferty, Keith Laumer and Larry Niven, among scores of other well-known figures. He was also a novel editor at several prestigious publishing houses and served as an instructor for writers’ programs. His own fiction includes Day Million, The Gold at Starbow’s End, The Space Merchants (with C.M. Kornbluth), The Cool War and Man Plus. His novel Gateway won every major SF award the year of its publication.

As an editor, Pohl received numerous kudos. One year, IF won the Hugos in every eligible category. The Science Fiction Writers of America named Frederik Pohl a Grand Master in 1993.

In 2000, Pohl earned the L. Ron Hubbard Lifetime Achievement Award for Outstanding Contributions to the Arts. He was a Writers of the Future judge from 1985 until his passing and was one of the instructors at the first prototype WotF workshop in Taos, New Mexico.

“When unpublished writers ask for advice about how to get their careers moving I always advise them to enter their stories in the WotF Contest. I’m very pleased with the results of the first twenty-five years and hope it goes on for another twenty-five years.” —Frederik Pohl

Find out more at: frederikpohl.com