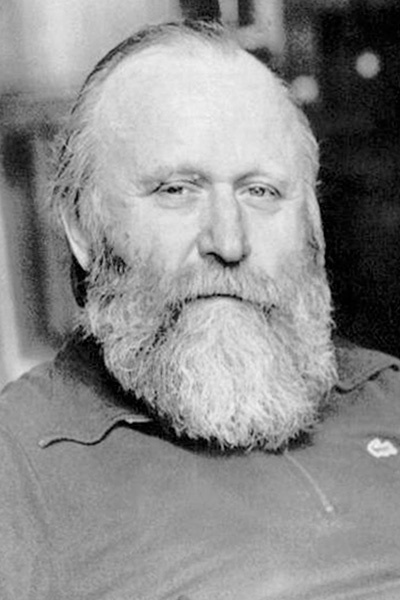 Photo from The News Tribune

Frank Herbert (1920–1986) was a reporter and editor on a number of newspapers before becoming a full-time writer. Although he had been publishing short fiction in various SF magazines since 1952, he became an “overnight” success in 1956 with his first novel, The Dragon in the Sea, which was serialized as Under Pressure in John W. Campbell’s Astounding Science Fiction magazine.

Frank Herbert’s career took a major turn with the 1963 publication (also in Astounding) of the first Dune story. After that, the Dune series became world famous, sparking both a major motion picture adaptation by David Lynch and two miniseries on the Sci-Fi Channel. Other seminal works include The Dosadi Experiment, The White Plague, Hellstrom’s Hive and Destination: Void.

Frank Herbert was an uncompromising advocate for the solid storytelling principles and rigorous research that are a core SF tradition. He served as a Writers of the Future judge from 1985 until his death. The last essay Frank Herbert ever wrote was for the Contest, with the clear purpose of fulfilling what he saw as a paramount obligation to his art and craft.

“I’m very happy to be able to lend my help to the Writers of the Future program. From time to time, though, people have come up to me and asked why I want to “create competition” by helping newcomers. Talking about “competition” in that way is nonsense! The more good writers there are, the more good readers there will be. We’ll all benefit—writers and readers alike!” —Frank Herbert

Find out more at: dunenovels.com/author/frank-herbert