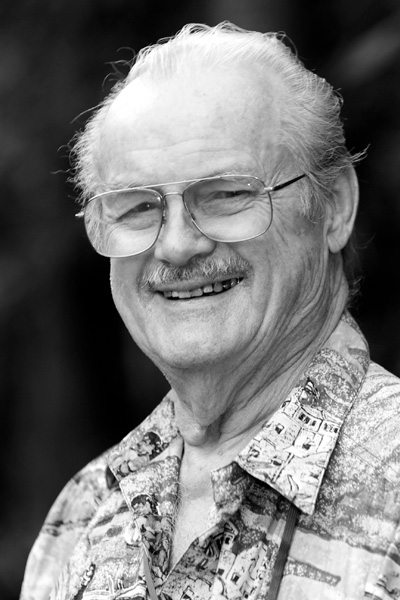 Dr. Jerry Pournelle (1933–2017) was born in Louisiana in 1933. His formal education included a bachelor’s degree in engineering, a master’s degree in statistics and systems engineering, and two PhDs (psychology and political science). He credited his broad spectrum of practical knowledge to working in such fields as the military, aviation, aerospace, higher education, politics and computers.

He was the founder of the Citizen’s Advisory Council on National Space Policy and an influential voice in the world of computers and digital technology. For example, he wrote the longest-running column in computer journalism with his user’s column, called Computing at Chaos Manor, published in Byte Magazine. As a political thinker, he invented the two-axis political spectrum (alias the “Pournelle chart,” which you can learn about at baen.com).

In science fiction, Pournelle was a titan. Among his bestsellers are the blockbusters The Mote in God’s Eye, Lucifer’s Hammer, Footfall and Oath of Fealty, written in collaboration with fellow WotF judge Larry Niven, though Pournelle had many bestsellers in his own right. He edited numerous anthologies and wrote a range of nonfiction pieces for the SF media. He is also a past president of the Science Fiction Writers of America.

Dr. Pournelle received the L. Ron Hubbard Lifetime Achievement Award for Outstanding Contributions to the Arts in 2006. He became a WotF judge in 1986 and judged contest entries through the third quarter of 2017. His memory lives on with this contest.

“There’s no such thing as instant success in writing, and it’s still important to learn the craft, but one of the best ways of doing that is through success in WotF with its no-nonsense workshops and advice from working successful writers (including me). Not every WotF winner becomes a successful writer, but an astonishing number of them have managed that.” —Dr. Jerry Pournelle

Find out more at: www.jerrypournelle.com