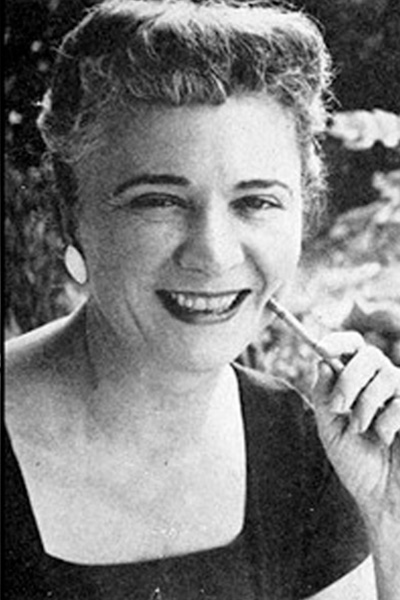 Catherine Moore (1911–1987) was a master of science fiction and fantasy, a pioneer in the field. Her first stories appeared in pulp magazines in the 1930s and ’40s, particularly Weird Tales and Astounding Science Fiction. She married fellow Golden Age SF writer Henry Kuttner and collaborated with him on many stories under the pen name Lewis Padgett. One of her stories, “Mimsy Were the Borogroves,” was the basis for the 2007 film The Last Mimzy.

C.L. Moore was also a founding member of the WotF judges’ panel, serving with a pride and dedication that continued her years of assistance to new and aspiring writers, until her death in 1987.

The following is an excerpt from a letter she wrote to L. Ron Hubbard in 1937 as a relatively new author asking for advice:

“I wouldn’t hesitate to ask questions for fear of being thought inquisitive, of course. You seem to be at the place where I hope to reach in a few years—writing widely for the pulps, with a book or two out, beginning to cast glances into the greener pastures beyond. And any technical advice you can give me will be deeply appreciated…. Anyhow, thanks a great deal for all the encouragement, and for liking my gilded-gingerbread style of writing.” — C. L. Moore