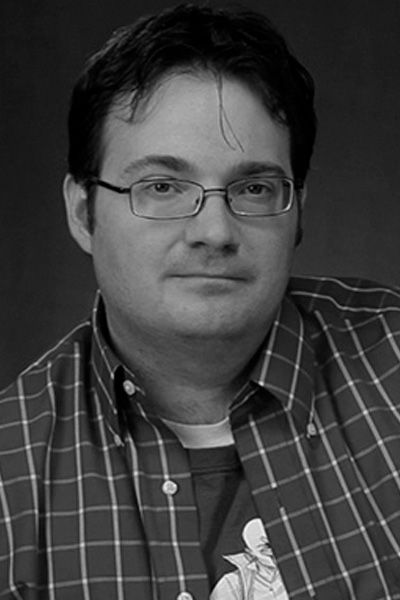 Brandon Sanderson was born in 1975 in Lincoln, Nebraska. By junior high he had lost interest in the novels suggested to him, and he never cracked a book if he could help it. Then an eighth-grade teacher, Mrs. Reader, gave him Dragonsbane by Barbara Hambly.

Brandon was finishing his thirteenth novel when Moshe Feder at Tor Books bought the sixth he had written. In 2005 Brandon held his first published novel, Elantris, in his hands. Tor also published six books in Brandon’s Mistborn series, along with Warbreaker and then The Way of Kings and Words of Radiance, the first two in the planned ten-volume series The Stormlight Archive. Four books in his middle-grade Alcatraz Versus the Evil Librarians series are being released by Starscape (Tor). Brandon was chosen to complete Robert Jordan’s Wheel of Time series; the final book, A Memory of Light, was released in 2013. That year also marked the releases of YA novels The Rithmatist from Tor and Steelheart from Delacorte.

Brandon became a judge for Writers of the Future in 2016.

“It really does help the best rise to the top.” —Brandon Sanderson

Find out more at: brandonsanderson.com