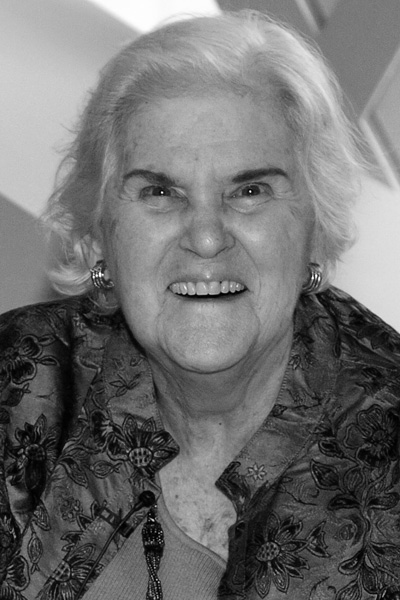 Anne McCaffrey (1926–2011) was one of the most successful science fiction authors in the latter half of the twentieth century, and was an enthusiastic Writers of the Future judge since 1985. Best known for her Dragonriders of Pern series (which she coauthored with her son Todd McCaffrey), she also wrote the Acorna series, the Brain & Brawn Ship series, the Crystal Singer series, the Dinosaur Planet series, the Doona series, the Freedom series and many other novels, both alone and in collaboration with other authors. She won the Hugo and Nebula Awards.

Anne McCaffrey received the L. Ron Hubbard Lifetime Achievement Award for Outstanding Contributions to the Arts in 2004. The Science Fiction Writers of America named her a Grand Master in 2005. She sent the following words to celebrate the 25th Anniversary Awards event:

“Writers of the Future and its artistic counterpart have been sponsored by a visionary like L. Ron Hubbard who wanted to make it easier for all of us to be published. . . . Now you must go forward with even more creative works. Mr. Hubbard has set the scene for you. Get on with it.” —Anne McCaffrey

Find out more at: pernhome.com