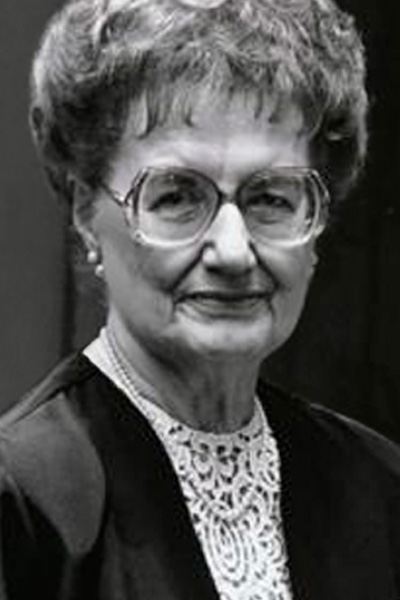 Science fiction and fantasy legend Andre Norton (1912–2005) wrote popular stories over a span of seventy years. Her given name actually was Alice, but as teenage boys were her main readers, she adopted the ambiguous name Andre. “I am very used to being ‘Mr. Norton’ and have stunned radio program directors when acting as guest-interviewee by appearing in skirts.”

Generations of readers have grown up voraciously reading Andre Norton’s work. Her novels featured a recurring theme of a journey to find one’s full potential—and that more than anything speaks of her dedication to the new writers in the Writers of the Future Contest. She became a judge in 1988 and served until her death in 2005.

“The privilege and pleasure has been given me to serve as one of the judges for this competition. The many stories of high merit which have been placed in my hands have proven that Mr. Hubbard was emphatically correct in his estimation: that a cadre of leaders-to-be in the field of imaginative writing stands ready, willing and able to deliver its best when given the chance of a lifetime to do so offered by the Contest he established.”  —Andre Norton

Find out more at: andre-norton-books.com