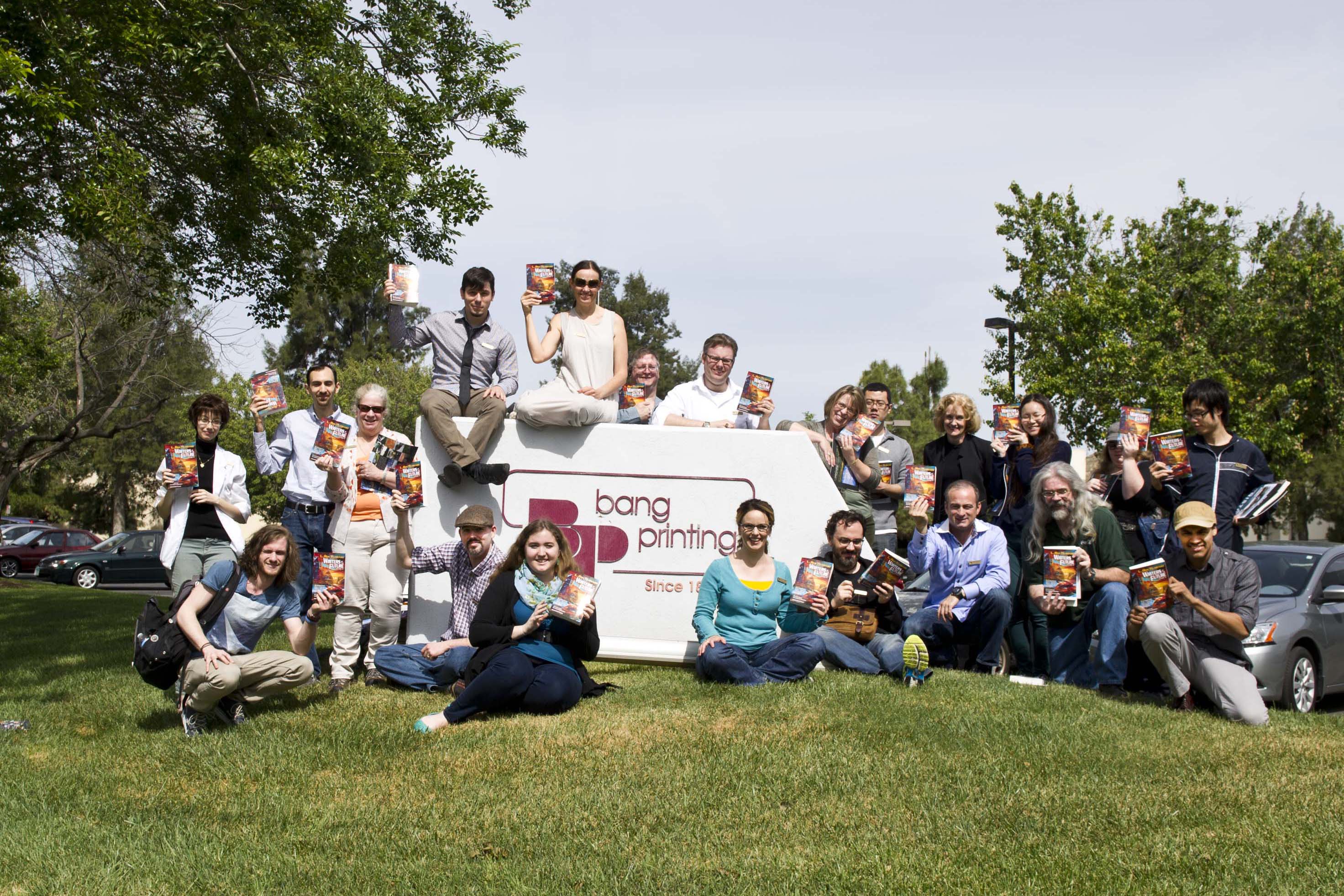 Nothing compares to seeing a book come off the press. Watching the machines print, stack, and cut, is a fascinating process. What takes that feeling to the next level is knowing it’s your book coming off that press. And that’s what the writers and illustrators experienced today at Bang Printing Press.

Everyone filed into Bang Printing’s conference room, which was just large enough to hold our group. Some of the winners were rubbing their eyes from the late night hanging out with the judges and other winners in the lobby of the Loews Hotel until the wee hours. During the short introduction several of the winners asked about the quality of the paper. Tim Napper said, “I’m not concerned about the paper. I want to see the book!” A great segue just before we were treated to a tour of the printing press.

Choong Yoon discovered a pallet loaded with packets of color prints of the illustrators’ work.  It was a surreal moment as every packet had his winning illustration on top and he happily had his picture taken with the stacks.

But the best moment of the tour was when the winners spotted their book for the first time. Scott Parkin snagged a book that had been misaligned and was marked for disposal. He asked permission to keep the copy and the printer allowed it; bringing new meaning to one man’s trash is another’s treasure.

At the end of the tour the printer handed each winner a copy of the book. The glue was still hot. Books in hand, and full of gratitude for the opportunity, the winners returned to Author Services for afternoon presentations.

After a brief lunch break, the writers reported back to the workshop to critique one of the 24-hour stories and lucky Tim Napper was the writer of the chosen work.  He found the exercise extremely helpful and said he would need some time to sort through all the feedback given.

Then the writers were treated to a series of guest lecturers, starting off with a presentation by no less than Tom Doherty, the publisher at Tor Books.  He spoke about the history of publishing and answered winners’ questions about the industry and his own publishing house.

Judges Mike Resnick, Robert J. Sawyer, and Orson Scott Card also took the stage, with each of them leading a discussion based on their own expertise. Daniel J. Davis talked about how happily overwhelmed he was by the amount of insight he was being given in a single day. 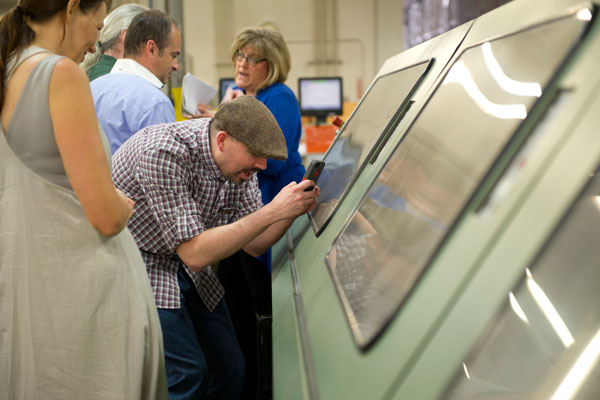 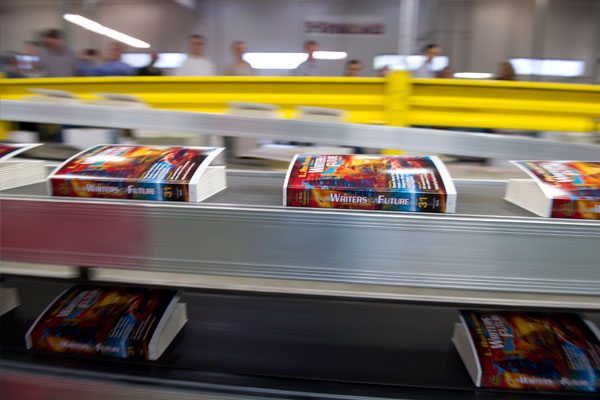 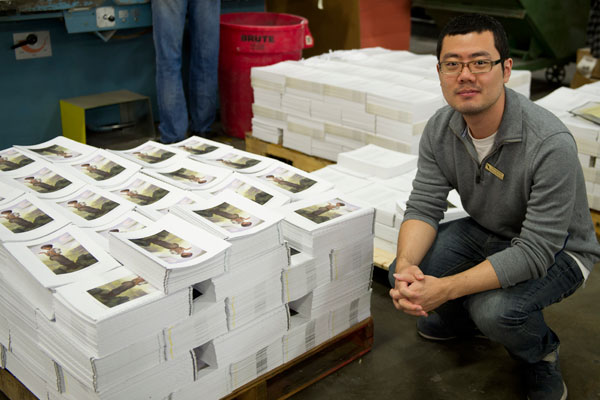 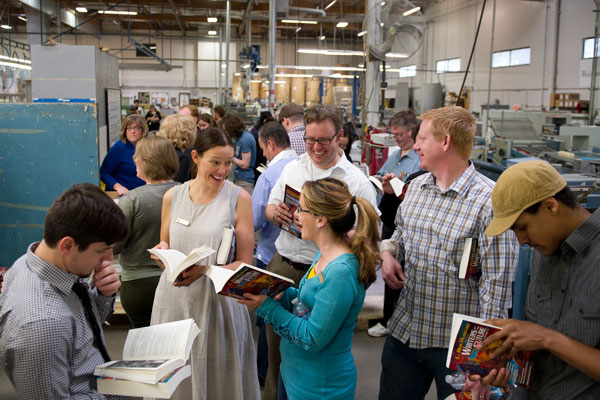 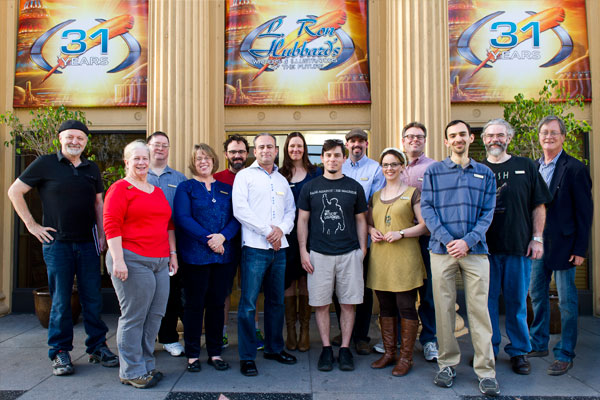 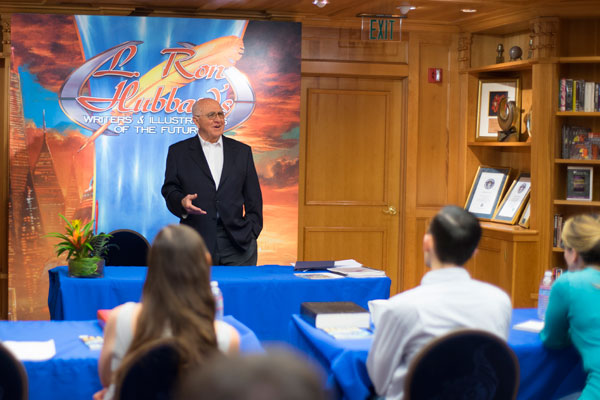 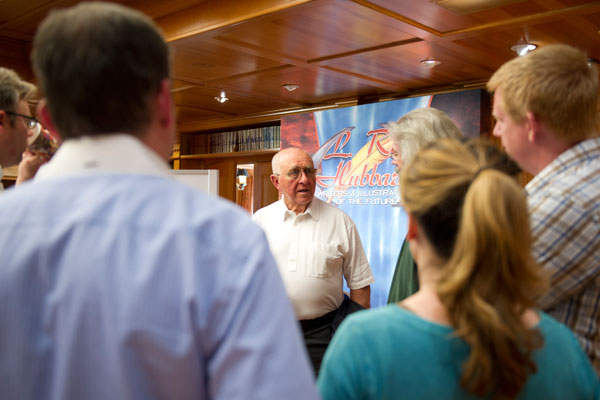 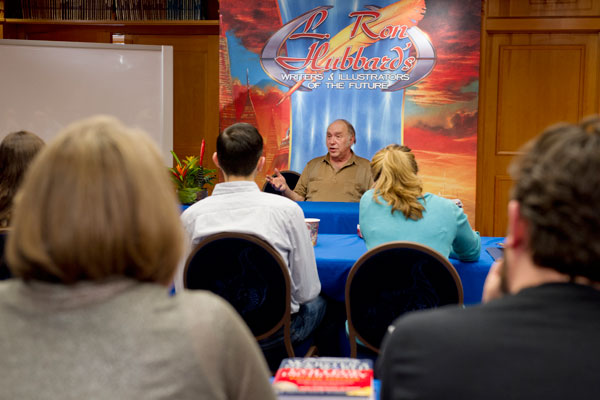 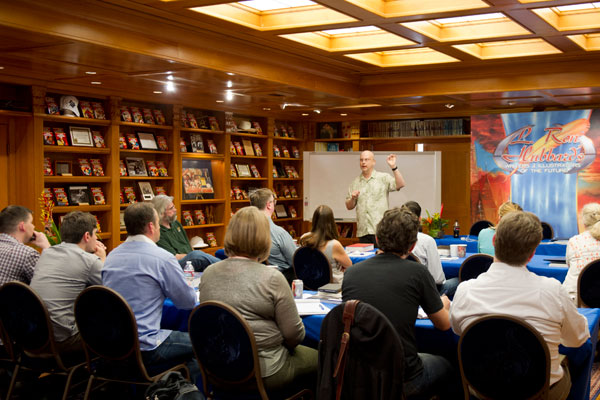 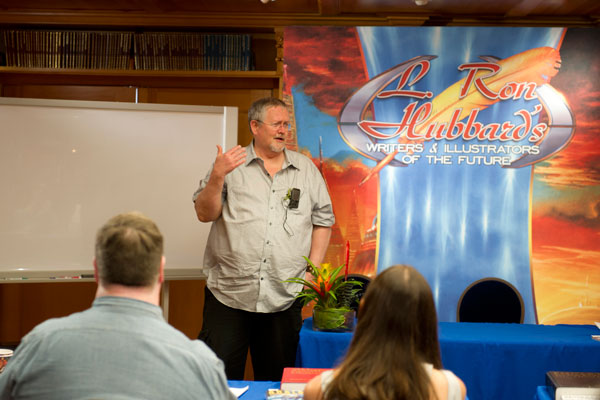 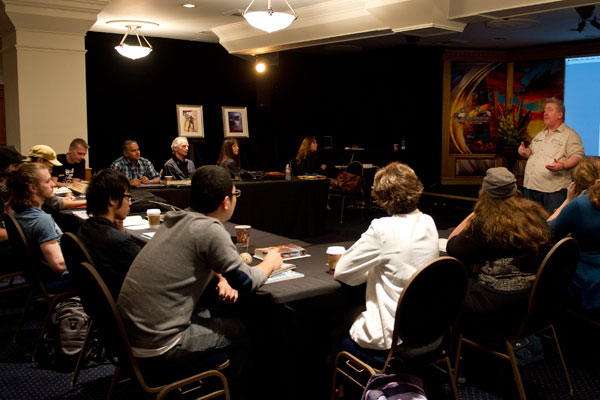