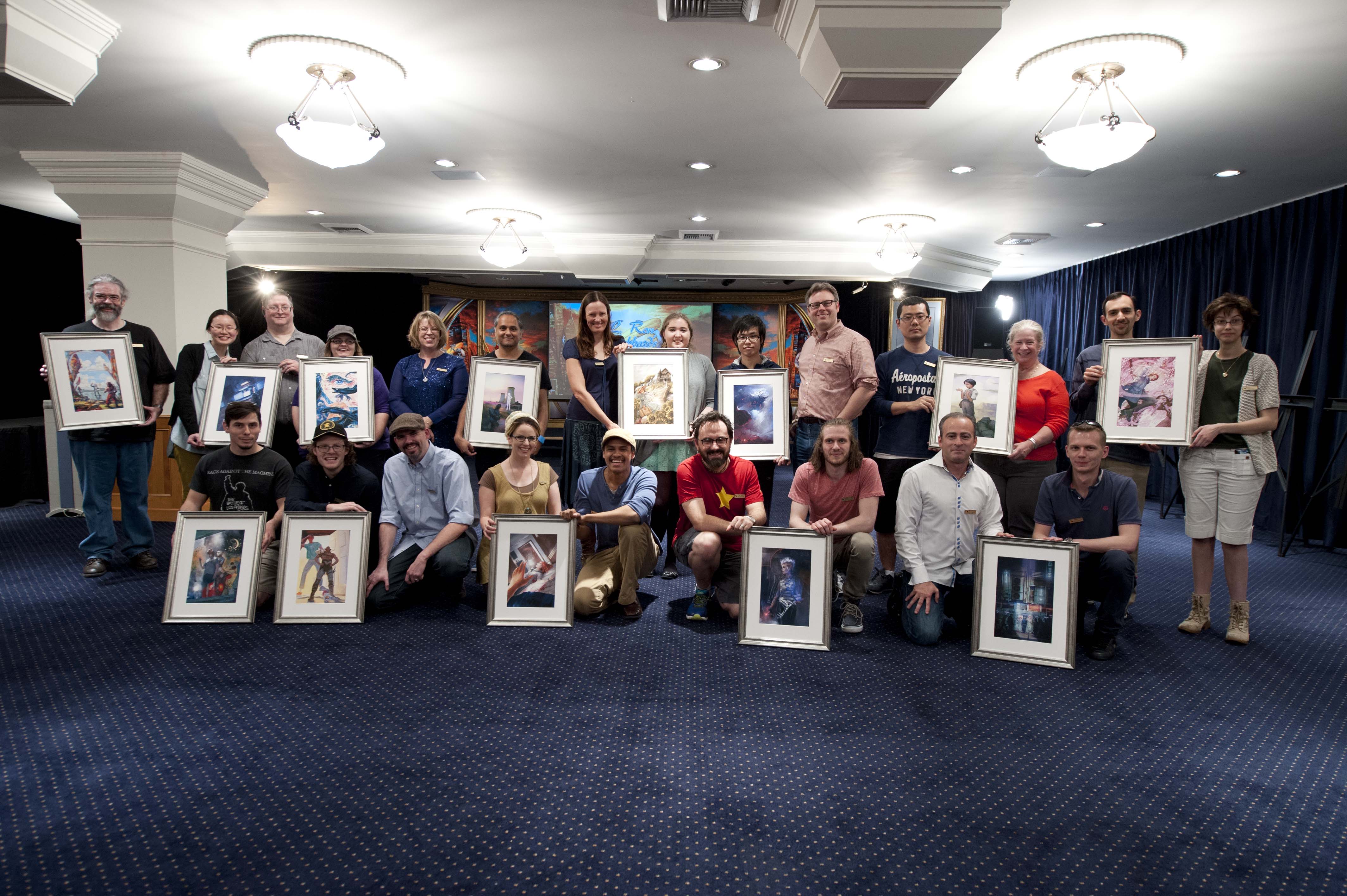 Today was an emotional day where the illustrator winners got to show the illustrations they did for the winning stories to the writers for the first time—but more on that below.

The illustrators started their day by choosing four pieces from their portfolio for review by Ron and Val Lindahn, who critiqued the selected works as well as gave advice for the type of career the different illustrators were interested in pursuing.  They had a wide range of interests, including comics, collectible card games, book covers, and gallery work.

Megen Nelsen was the brave person to have her work reviewed first.  She wants to get into comic art and book covers and both instructors and fellow winners alike crowded around the pieces she selected.

As they went through the portfolios, Val and Ron talked about the challenges of digital art, such as using blending to avoid the cut and paste look when working in digital where the fore and backgrounds might be on different layers and how to use less details in non-essential parts of the illustration to draw the viewer’s eye to the true focus of the piece.

In the afternoon the artists were treated to guest instructor Jim Meskimen who talked about what it’s like to push through as an artist, what interested him as a young talent, and what his experiences were when growing up.  He was surprised that many of the illustrators did not identify as artists when they were children, and in response Quinlan Septer talked about how he went from calling himself an aspiring artist to deciding that he actually was one and it wasn’t a decision he came to until after college.

Jim discussed how important it is to understand the fundamentals of the medium, so the artist knows when to break the rules and when to fall back on them, and he highlighted the difference between showing work to another artist and to everyone else, because another professional is not the audience.

Finally, Jim left the illustrators with a brand new assignment which has not been part of the illustrators’ workshop before.  For the first time the illustrator winners would be required to do a 24-hour illustration in the fashion of the writers’ 24-hour story.

Jim challenged the illustrators to create an illustration consisting of three elements; one of five emotions collectively called out by the class itself, a random object given to each illustrator by Jim, and something from the modeling session they would attend later that evening at judge Cliff Nielsen’s home.  The illustration would then be due the following afternoon, leaving the illustrator winners plenty to think about.

Many of the winners looked baffled at the objects they had been given, mirroring the reactions their contemporaries in the Writing Workshop had only two days earlier.  Jessica Lee received a tiny coconut, Taylor Payton the most concise dictionary he had ever seen, and Amit Dutta could only guess what the clear plastic block with the colorful stickers was for.

After the emotional reveal of the artwork to this year’s writer winners—the photos above tell it all—the illustrators piled into several vans in a caravan to Cliff Nielsen’s home studio, located in what had once been a warehouse. There, everyone got a chance to sit down with live models for practice and inspiration for their 24-hour illustration.

The theme this year was astronauts, with the three models changing props and poses roughly every ten minutes so the illustrators had a variety of angles and expressions to work with. Judge Dave Dorman joined the festivities and sketched right along with the winners.

Alex Brock was quite happy with the experience and now knew exactly what he would do for his 24-hour illustration. Can’t wait to see everyone’s final work!

Since the writers were holed up and madly scrambling together their 24-hour stories, I had to watch their progress unfold on social media. Martin Shoemaker posted a research question he needed to complete his story. There are no rules to the 24-hour story except to finish it. Martin’s strategy played out a lot like a “Who Wants To Be A Writer” game show and Martin was phoning a friend and several past winners and friends jumped in to help him out.

Zach Chapman posted an interview with Fox News that aired in his home city, San Antonio. So not only was Zach working hard on his story, but he also managed to defy physics and exist in two places at once!

Around 2pm the stories trickled in. Sharon Joss was the first story across the finish line, followed closely by Auston Habershaw. As the stories were sent in the writers began to show at Author Services. Amy M. Hughes’ husband, who has become an honorary member of the group, talked about making sure Amy was feed while writing. He also served as an editor and brainstorming partner.

With the stress of the 24-hour assignment behind them, the writers laughed and shared battle stories of fighting with their plot, characters, and racing the clock to turn them in on time.

Judges have been arriving throughout the day. Doug Beason gave an inspirational science presentation. Eric James Stone, a past successful winner, came to share his knowledge of the writing industry with the writer winners.

But the cap of the day, the reward for all their hard work was the highlight of the week: the art reveal. This was the most talked about and anticipated event of the workshop. The writers gathered at the front doors of the illustrator’s workshop room anticipating the reveal.

I think this means the reveal was a success! 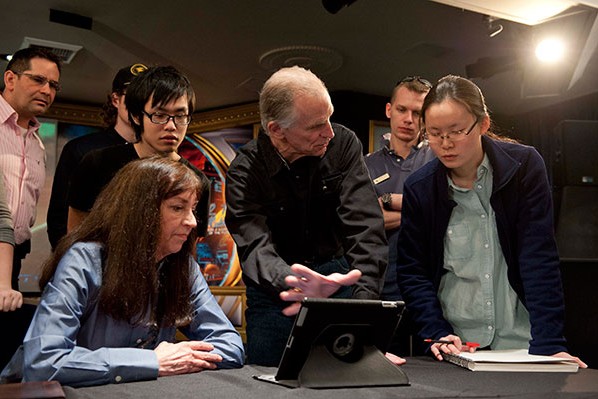 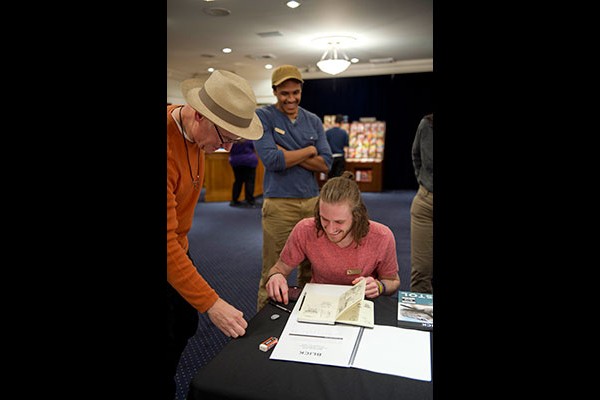 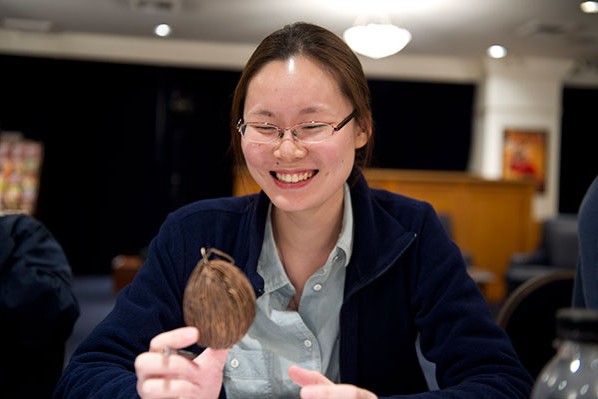 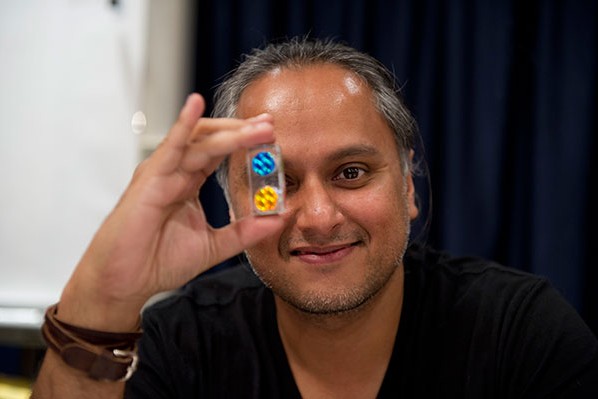 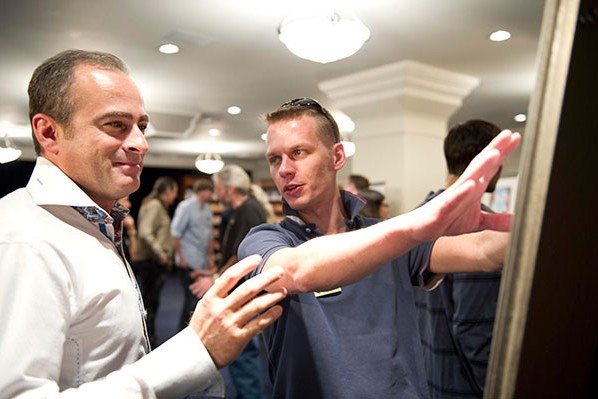 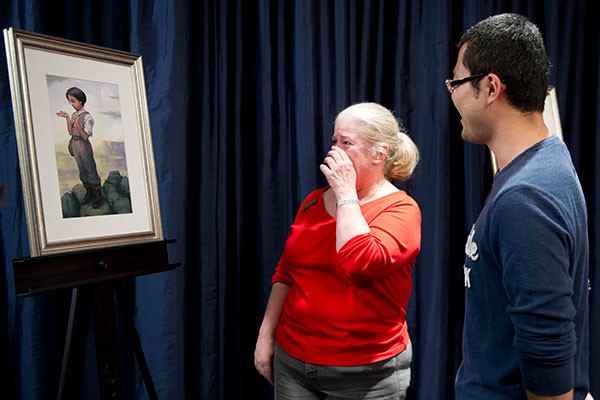 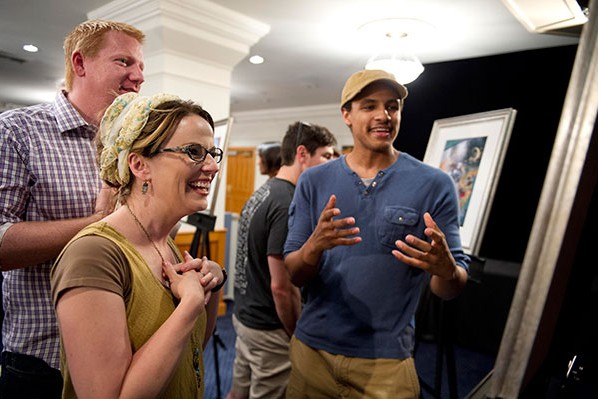 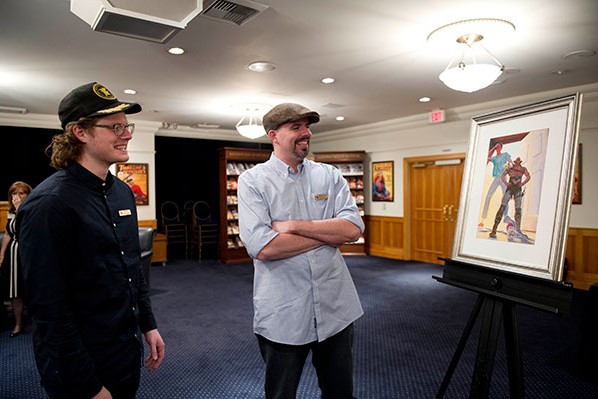 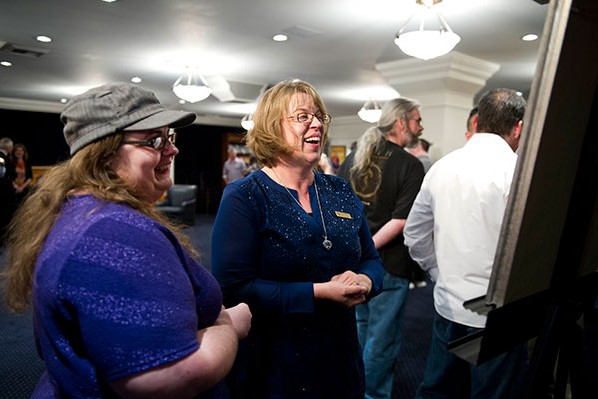 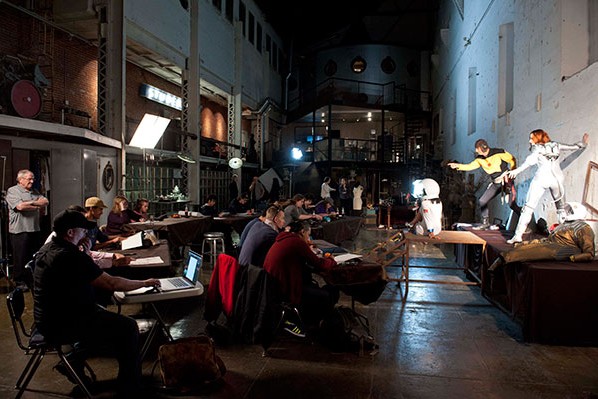 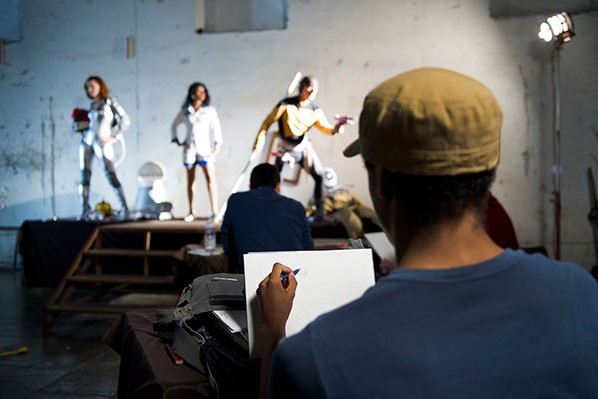