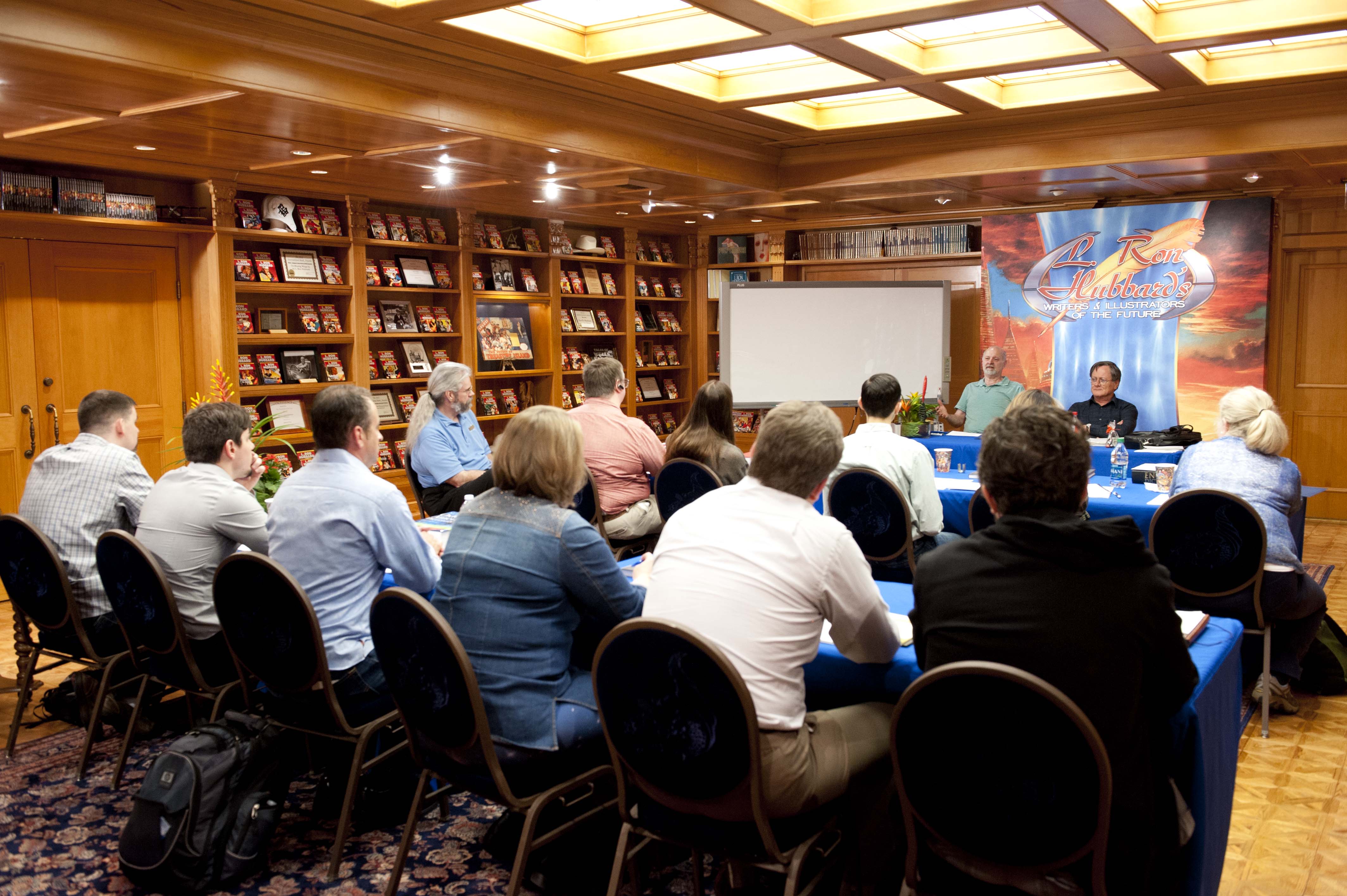 Day Two started out bright and early—we were set to meet at 9:00am in the lobby and I know the writers were all excited to be there because everyone was early. Dan Davis admitted he had arrived nearly an hour early. Tim Powers asked him why he would be so early. Dan replied, “Early is on time, on time is late, and late is unacceptable.” No surprise that Dan has worked in two branches of the service: the Marines and the Army. Since everyone was on time (on time being Dan’s definition—early) we were able to start our walk to Author Services.

The writers were treated to a tour of the library and the workshop began, which played out more like a comedy show. Dave Farland and Tim Powers had the group laughing and joking as they talked about character, setting, and elements of plot. Who says a writing class has to be dry reads of Hemingway classics? Dave and Tim structure the class more as a dialog where the topics are discussed between the two of them and then the winners are able to ask questions throughout.

Before we broke for lunch some of the winners talked a bit about blogging about their Writers of the Future experience and the excitement leading up to the event. I quickly jotted down their blog address and took a peek.

I’m always excited to read about other winner’s experiences. I remember being nervous about writing a speech and talking in front of a large audience. I appreciated Amy M. Hughes candidness and honesty about that fear: amymhughes.blogspot.com. I also remember the overwhelming excitement of finally arriving and being fully ready to take it all in, like in Sharon Joss www.sharonjoss.com and Auston Habershaw’s blogs: www.aahabershaw.wordpress.com. Steve Pantazis (@Pantazis) mentioned he had tweeted a few pictures. Reading and seeing the workshop through their perspective is always fascinating as each year has it’s own personality as a group.

After lunch the writers returned for more of the workshop and discussed their “object” that had been handed to them. The object will be incorporated into their 24 hour story exercise. Amy M. Hughes was handed a tiny medieval looking device. “A baby guillotine! A finger amputater!” Amy and Sharon called out guesses as to what the object could be or how it could be used in a story—which gives some idea of wild writer imagination. Turns out it’s the thing people use to snip the end of a cigar. Kary English was given a pack of Norwegian Camel cigarettes. Samantha Murry teased, “Kary, I didn’t know you smoked!”

While the writers were entertained coming up with story ideas from their objects, the illustrators were arriving and getting settled at the hotel. Illustrators met the judges for the first time and got a preview of their week. Lots of surprises in store. 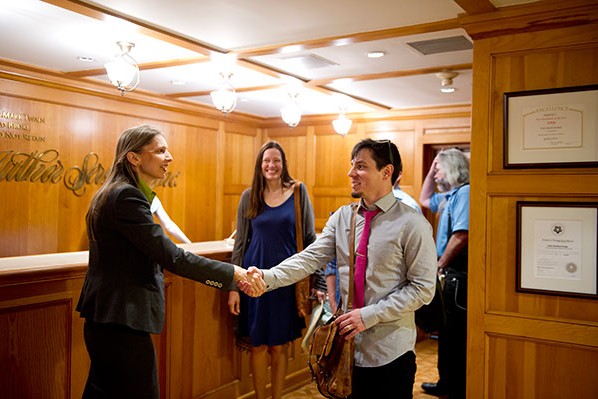 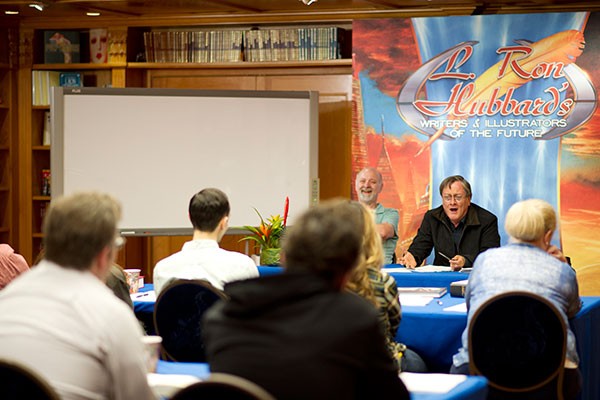 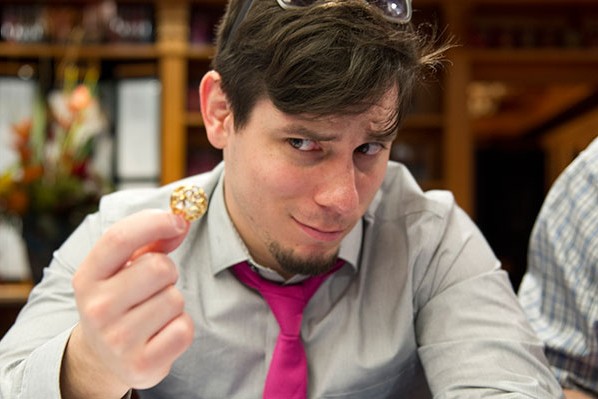 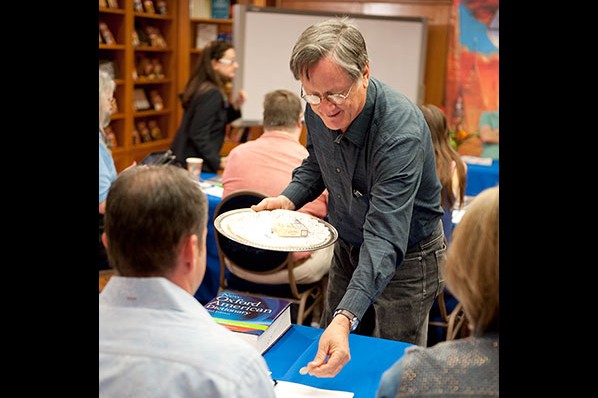 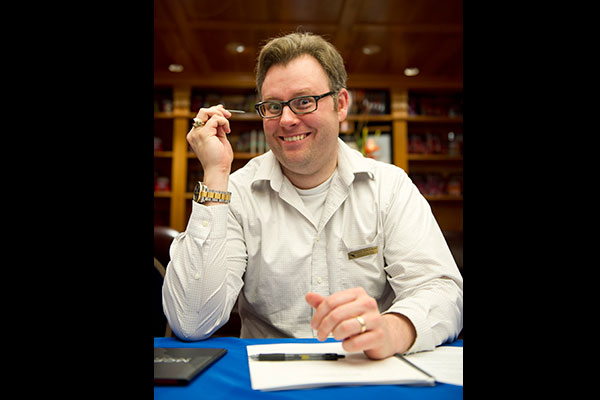 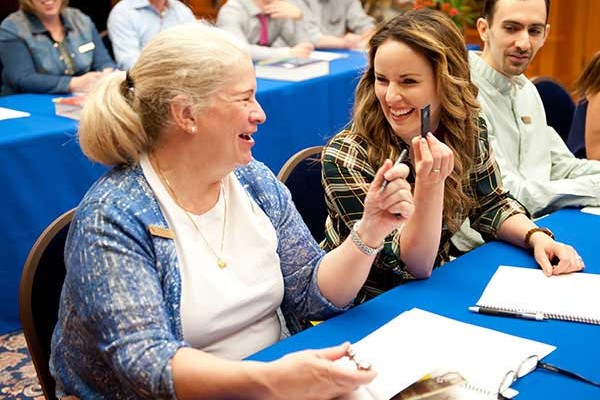 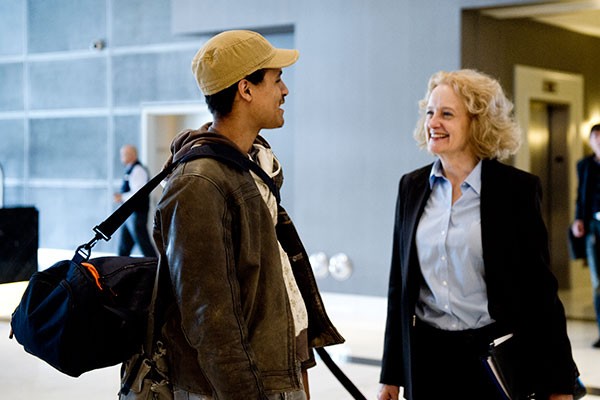 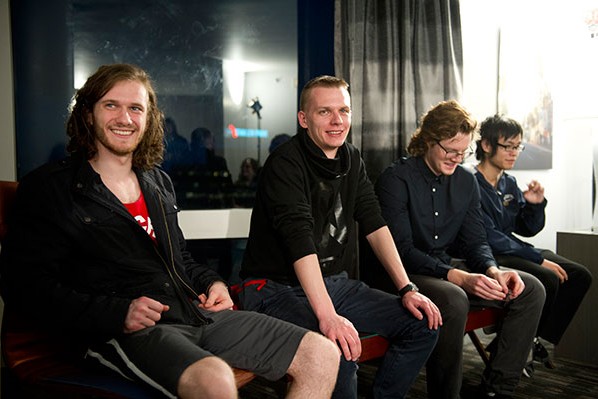 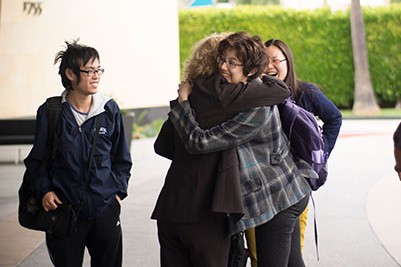 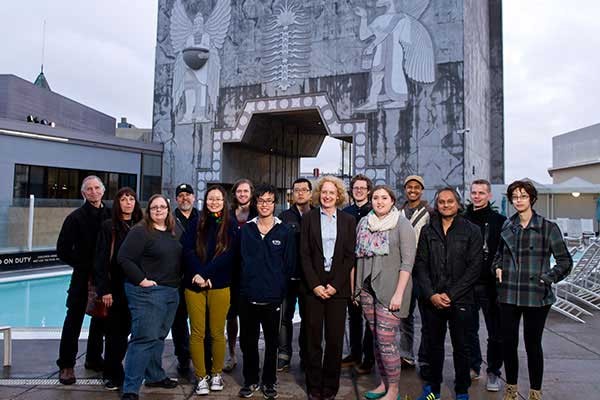