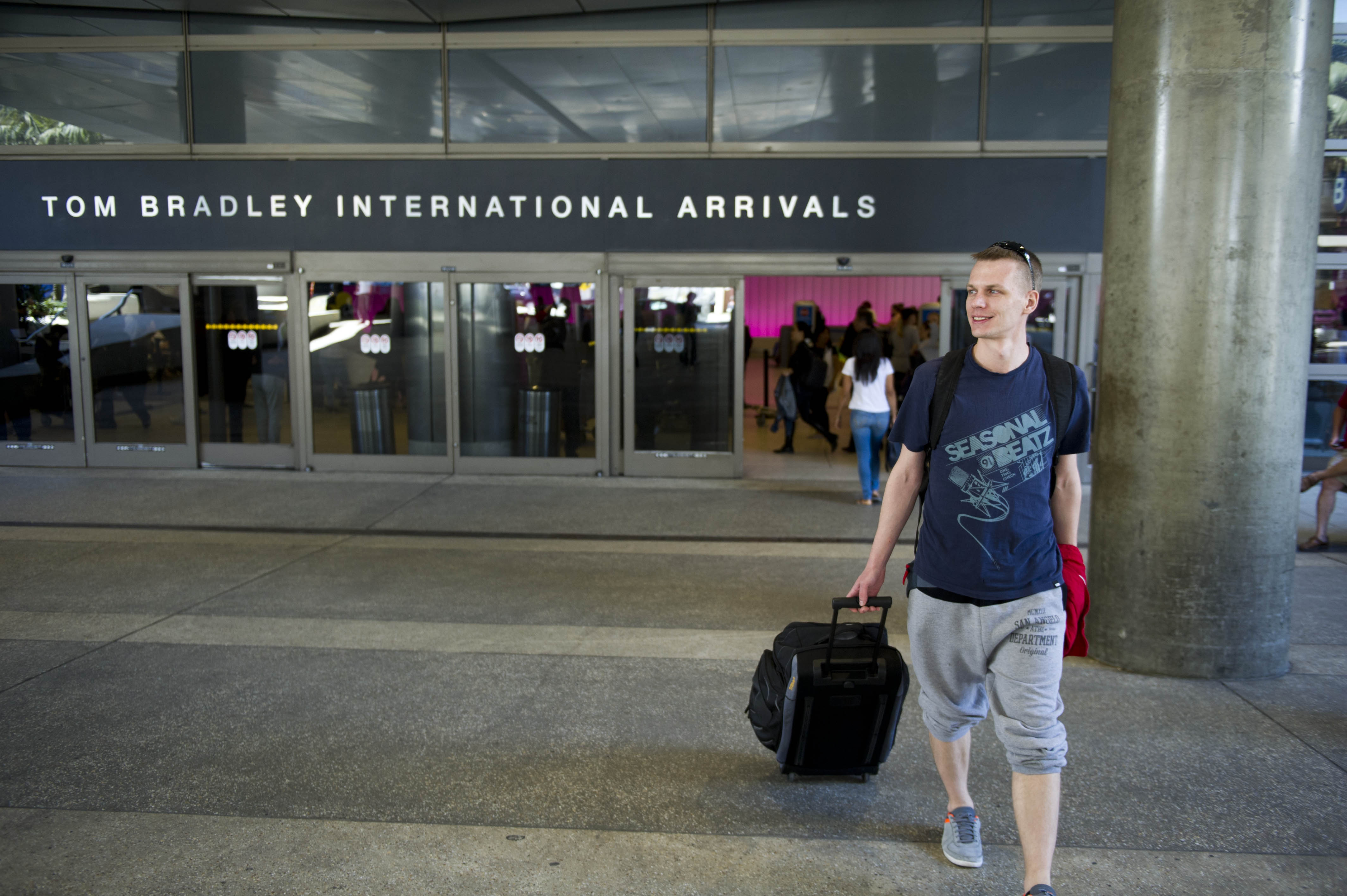 Every year the group has a different energy and when I walked up to this year’s group of winners I could tell that they were going to be tight. The winners who had arrived were sitting at a long table in the lobby of the Loews and chatting as they waited for the rest of their classmates to show. When someone new would come walking through the double doors of the hotel, everyone would get excited and wave and welcome the new arrival. There were hugs, excited conversations—it was as if the winners had met before and were reconnecting, not that they were all meeting for the first time.

The conversation moved from writing preferences, to dialect differences, to family routines, to movies. It seems every year the crop of winners come to the workshop already breaking into the profession with success. Auston Habershaw mentioned he has a three-book deal with Harper Voyager. Kary English was recently nominated for the Hugo for best short story and also the Campbell award for best new writer. Every one was excited for the success of their fellow winners. One of the lessons Tim Powers and David Farland teach throughout the week is success breeds success. So if this is the bar this group of winners has set for itself, then they’re already off to a good start.

After dinner the group meet in the lobby and we all went up to Joni’s suite to take a group photo and make formal introductions. Tim Powers and David Farland gave an overview of the workshop week and answered questions, but mostly cracked jokes that had everyone laughing and poking fun. Sean Williams, one of the contest judges, also came and talked with the winners—and then winners and judges migrated back down to the lobby to sit in a large circle and continue earlier conversations. Nobody wanted to leave or miss a minute, but eventually jet lag won and people excused themselves for the night.

The reoccurring sentiment: let’s get started! 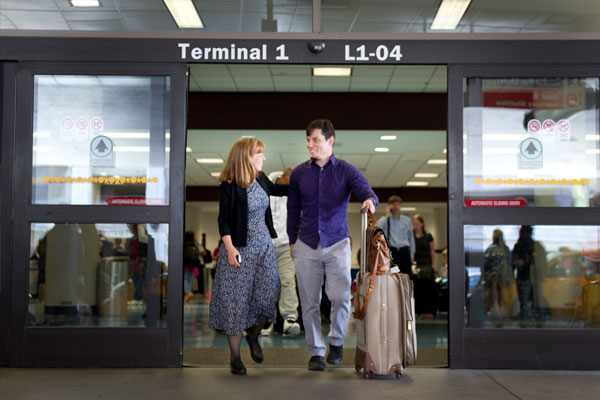 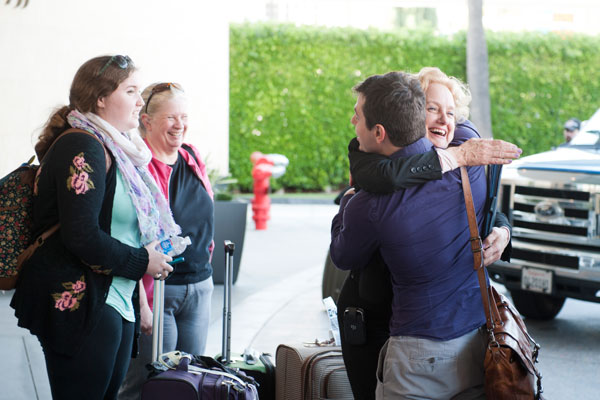 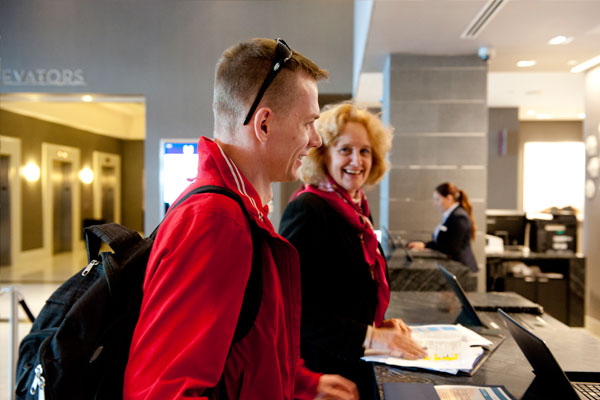 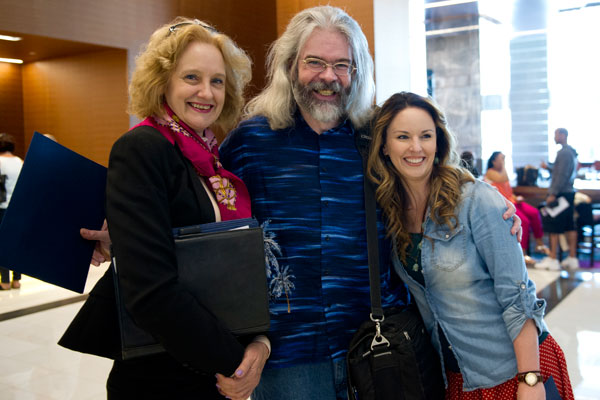 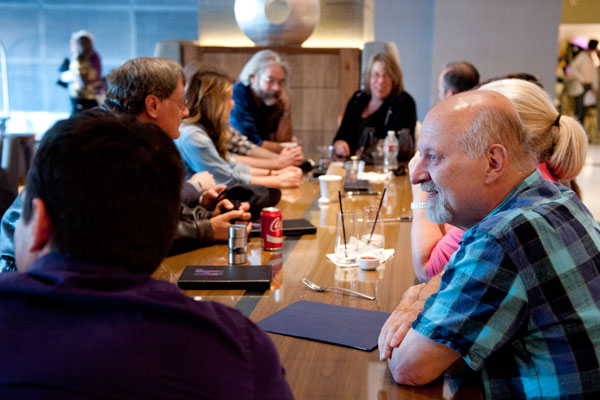 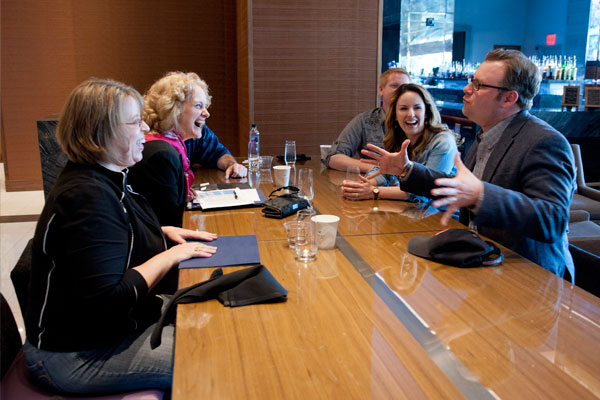