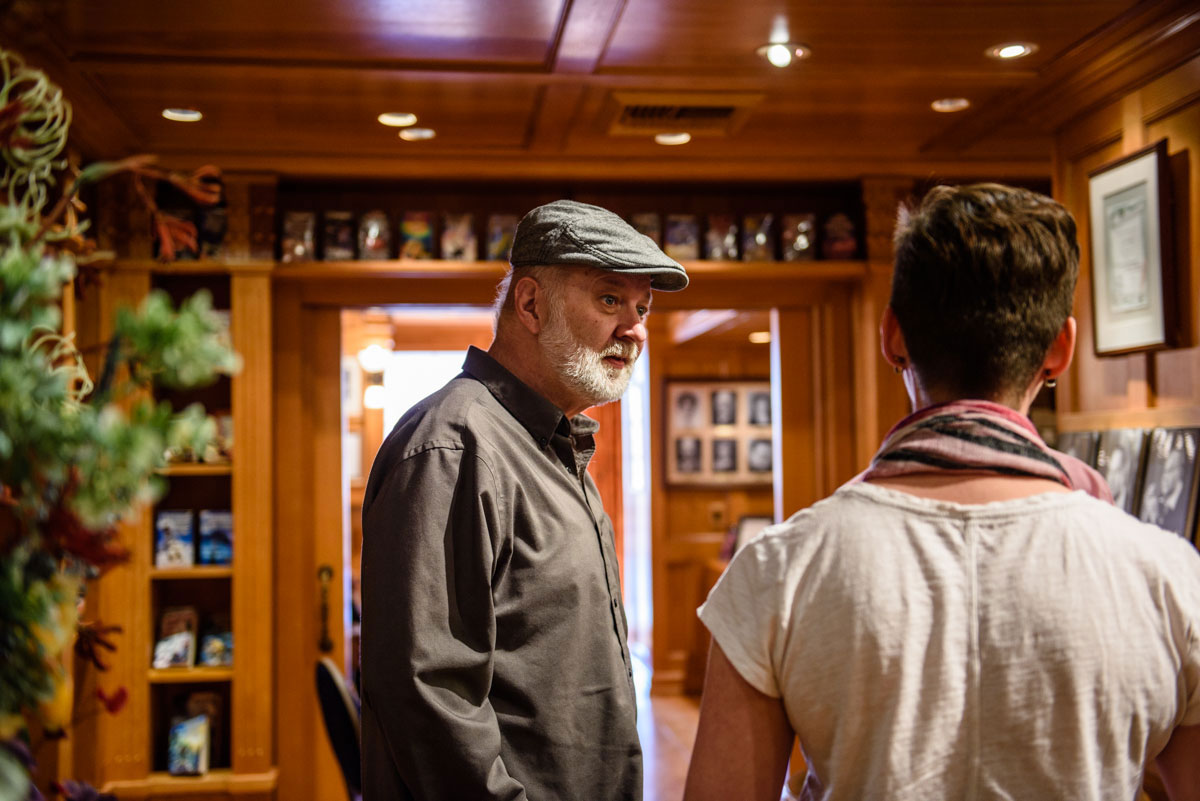 A while ago I promised to tell you why I reject good stories when I’m reading for Writers of the Future. So let’s talk about those stories that get an Honorable Mention.

Right now on my computer, I have a story up. I’ve read the first two pages, and although I’m a little soft on the opening paragraph, the rest of the first page is quite intriguing. My reaction is, “Looks like I’ll have to read this one.” In other words, I’m looking forward to reading it. I’m hoping that it can be a grand prize winner. I’m hoping that someday I’ll be able to say, “I was the one who discovered this author.”

Why do I feel that I have to read this particular story? First off, it has an engaging idea at its core. I know that from the first page. Second, the author is writing with clarity and grace. Third, the pacing is just right. In short, there are a lot of good things happening here for a first page.

Stories that keep me reading all the way through will almost always get an Honorable Mention. That’s my way of saying, “You’re writing almost at a professional level, but this one didn’t quite do it for me.” Or better yet, “I’d really like to see more from you. Keep trying!”

There are four simple reasons why a story may not rise above Honorable Mention.

• The idea for the story isn’t particularly fresh or interesting. You may not realize it, but the basic concept of your story has probably been done before. For example, let’s say that you decide to write a story about “Zombie Sharecroppers.” Great. You might write it beautifully, and I might get through the entire tale and enjoy it. But ultimately I have to look at it and ask, “Is the basic tenet of the story fresh and original? Did the author give it a surprise twist that lifted it above similar stories?” If the answer to both of those questions is no, then it will probably not get higher than an Honorable Mention. You’ll need to come at me next time with a fresh idea.

• If the idea is good, then it may be that your execution is off. Very often I’ll get stories where the idea intrigues me and the story is written pretty well, but the author still has a few problems. Maybe the author uses too many weak verbs, or has word repetitions. I had one a couple of days ago that was set in Haiti, and while interesting, nothing about the character’s voices suggested that the author had ever listened closely to a Haitian. The accents just weren’t right. A couple of persistent little bugs like this will put you in the Honorable Mention category.

• The story may have plotting problems. Very often I’ll have a story whose concept is good and the writing is beautiful, but the plot just doesn’t work. Usually it has a good opening (that’s why I got hooked), but perhaps the middle of the story is weak, or the ending doesn’t quite pan out. I got a beautiful story last week, told in first-person. But the plot only worked because the author withheld information from the reader. Does the story work? Well, only if you don’t think about it too much. The author’s style and tone were exceptional in many ways, but I’m not sure that it should win the contest. I wasn’t even sure if it should be a finalist. So when plotting your story, make certain that its plot is logical, that it builds with each try-fail cycle, and that you have a powerful ending that leaves the reader thinking and emotionally moved.

• The story has missing elements. This is the most frequent problem, and the hardest to solve. For instance, when I finish a story, I want it to have some universality. I want to understand why this story is important for others to read. In other words, “Does this story have a message?” Sometimes, the answer is no, and that usually means that it won’t hold up well in a competition. Those missing elements can be a lot of things. Sometimes I’ll have a story where only one character is involved. There’s no interaction. As a judge, I have to wonder why. Why didn’t the author put in a sidekick, someone to talk to in order to make this more engaging? Usually the author is blind to his or her own missing element. Some authors, for example, forget to describe what is off in the distance (a line of mountains, a roiling sea). Others forget to describe the middle-ground (a golden pyramid with a congregation of Egyptian slaves and merchants bowing to the god-king at its peak). So when you read their stories, the protagonist is often bumping into characters that seem to come out of nowhere. In other stories, the author forgets to engage the senses. A lack of smells or touch is the largest problem. Still other authors have no internal dialog, so that you never know what their character is thinking or feeling. Instead, the author writes in a cinematic style that keeps the reader at a distance. In such tales, the reader might as well be watching a poorly made movie. Frequently I see stories that just don’t have enough conflicts, or the conflicts that they do have aren’t dealt with as rigorously as they should be. Or maybe your opening doesn’t have a hook. Or maybe your descriptions aren’t crisp enough, or your characters feel a bit flat and stereotypical, or your language isn’t fresh or beautiful.

When I first began entering competitions, I used to make up lists of ways that judges might look at my story, and I’d try to figure out how to tackle each problem. Some judges might be big on humor, while another might look for powerfully emotional endings. So I’d look at the 25 things that I thought judges might be grading me on, and try to be excellent in each area. That helped me avoid blind spots quite a bit. It also let me win some good money, so that I didn’t have to take a job while in college.

At the end of the day, when a story wins an Honorable Mention in the contest, it means that you came close. But in the end, I found two or more little problems that go beyond your typical typos.

So you should be able to look at your story and find ways to “boost” the story, perhaps by adding new dimensions to it (for example, giving me internal dialog and referencing smells), or perhaps by fixing a weak middle to the tale.

If you win an Honorable Mention, you should know that I’m rooting for you!

Q&A with Bestselling Author and Writers of the Future Judge, Mike Resn...
Scroll to top