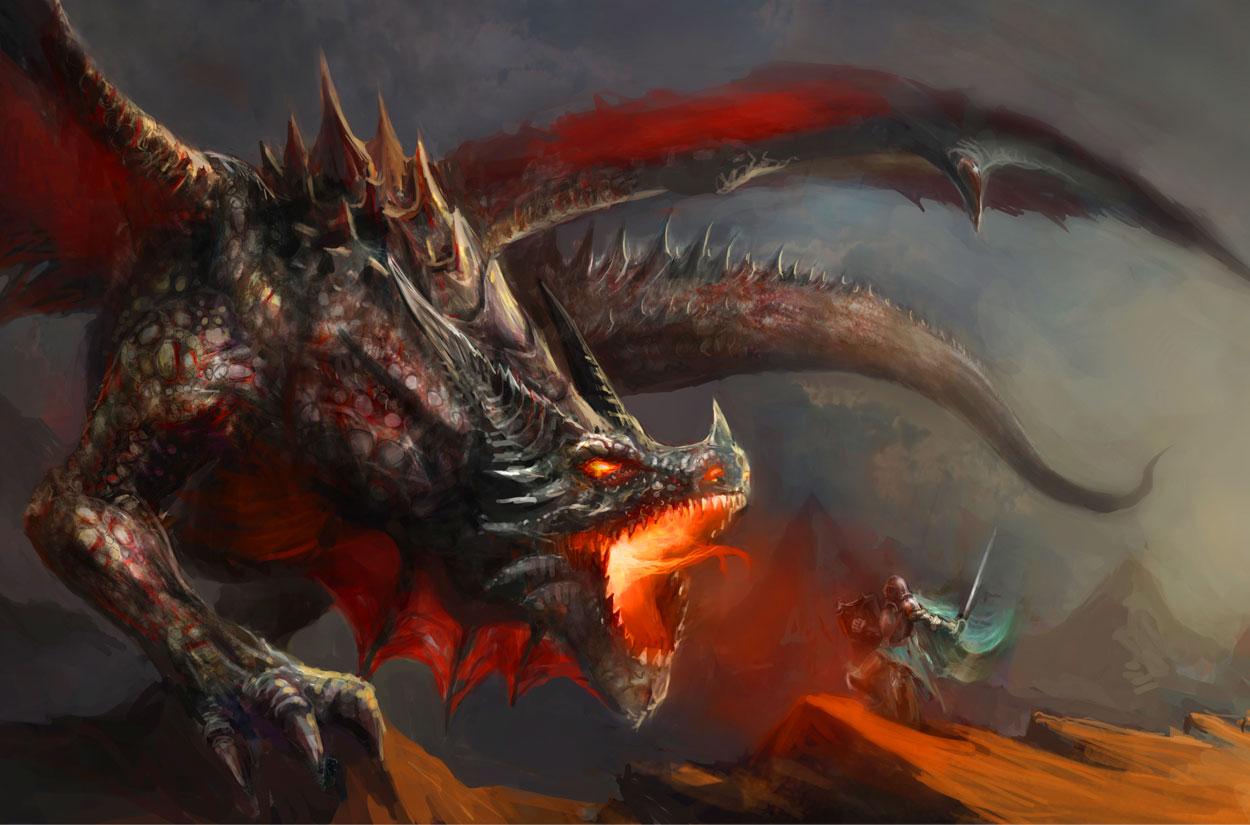 This heading, of course, is referring to the famous Sarah Ban Breathnach quote: “Always remember, it’s simply not an adventure worth telling if there aren’t any dragons.” ―Simple Abundance: A Daybook of Comfort of Joy

Another famous quote from J.R.R. Tolkien: “It does not do to leave a live dragon out of your calculations, if you live near him.” ―The Hobbit

Dragons have been with us in myths tracing back as far as 4000 BC. Not only have stories, both verbal and written, been passed down through history about these scaly winged creatures but they’ve also been sculpted, drawn, painted and incorporated into legends in almost every culture on earth. Our fascination with the fire-breathing beasts continues to grow in the 21st century thanks to films, video games and entire websites dedicated to these iconic creatures. 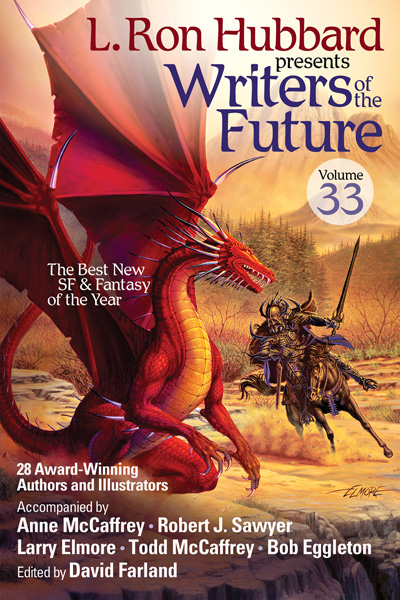 For this reason, the theme of our upcoming Writers and Illustrators of the Future annual awards event is around “Dragons and Dreamers.” It just happened that way when we chose Larry Elmore’s dragon art, Crimson Dawn, for the cover of the latest edition of L. Ron Hubbard Presents Writers of the Future Volume 33. (For more about the cover art, see our blog Dragon Art Inspiration for New Story.)

Naturally, it was appropriate to include in this year’s anthology an article on writing by Grand Master Anne McCaffrey entitled, “A Thousand or So Words of Wisdom.” Anne is best known for the Dragonriders of Pern fantasy series and her son, Todd McCaffrey, is carrying forward that tradition. Todd is also featured in the book with his original short story, “The Dragon Killer’s Daughter.”

I decided to pull some advice and quotes from our judges and other creative minds, not on writing and not on illustration, but on how to deal with dragons in a world that is full of them. These insightful quotes might also explain why J.R.R. Tolkien said what he did about dragons.

Read on. These quotes are sure to inspire budding writers and artists.

On Dragons ─ from Writers of the Future Judges

“How much can a dragon carry? As much as it thinks it can.” ─Anne McCaffrey

“There are all kinds of dragons, including those of the mind: our own fierce, sometimes untamable thoughts and desires. Even if a story contains no physical dragons, dragons are there. They are always there.” ─Nancy Kress

“Dragons come in many forms. They can be a friendly mysterious beast. They can also be fire breathing terrors. They can come in the smoky cloak of fear and cripple you until you stand up and slay it. And so on. What all dragons have in common is that they breathe the heat that is life. An adventure isn’t an adventure without dragons. Tolkien was correct.” ─Nnedi Okorafor

“Dragons represent the great power and creativity that is inherent in all people. Having them in a story allows us to explore that potential.” ─Todd McCaffrey

“Dragons add magic and power that mere humans lack. A story about humans is a tale. A story with dragons is an epic.” ─Jody Lynn Nye

On Dragons ─ from Many More Creative Writers, Poets and Artists

“Focus on the princess, not on the problem. You can’t marry the princess without killing the dragon. So when you see the dragon, just remember: There’s a princess on the other side.” ─Doug Wead

“We think, sometimes, there’s not a dragon left. Not one brave knight, not a single princess gliding through secret forests … What a pleasure to be wrong. Princesses, knights, enchantments and dragons, mystery and adventure … not only are they here-and-now, they’re all that ever lived on earth!” ─Richard Bach

“And what lesson can we draw from Volantene history?

“If you want to conquer the world, you best have dragons.” ─George R.R. Martin from A Dance with Dragons

“People who deny the existence of dragons are often eaten by dragons. From within.”  ─Ursula K. Le Guin

“Perhaps all the dragons in our lives are princesses who are only waiting to see us act, just once, with beauty and courage. Perhaps everything that frightens us is, in its deepest essence, something helpless that wants our love.” ─Rainer Maria Rilke

And finally, I couldn’t resist…

“You know you’ve written a good book when even the people who hate it admit it’s entertaining.” ─Sully Tarnish about The Dragon and the Apprentice: A Wizard’s Wager

For more info about the annual awards event themed “Dragons and Dreamers” held on the 2nd of April 2017 click here.

Writers of the Future Judge Robert J. Sawyer on “The Length of a Story to...

Writers of the Future Workshop 2017 – Day 1
Scroll to top