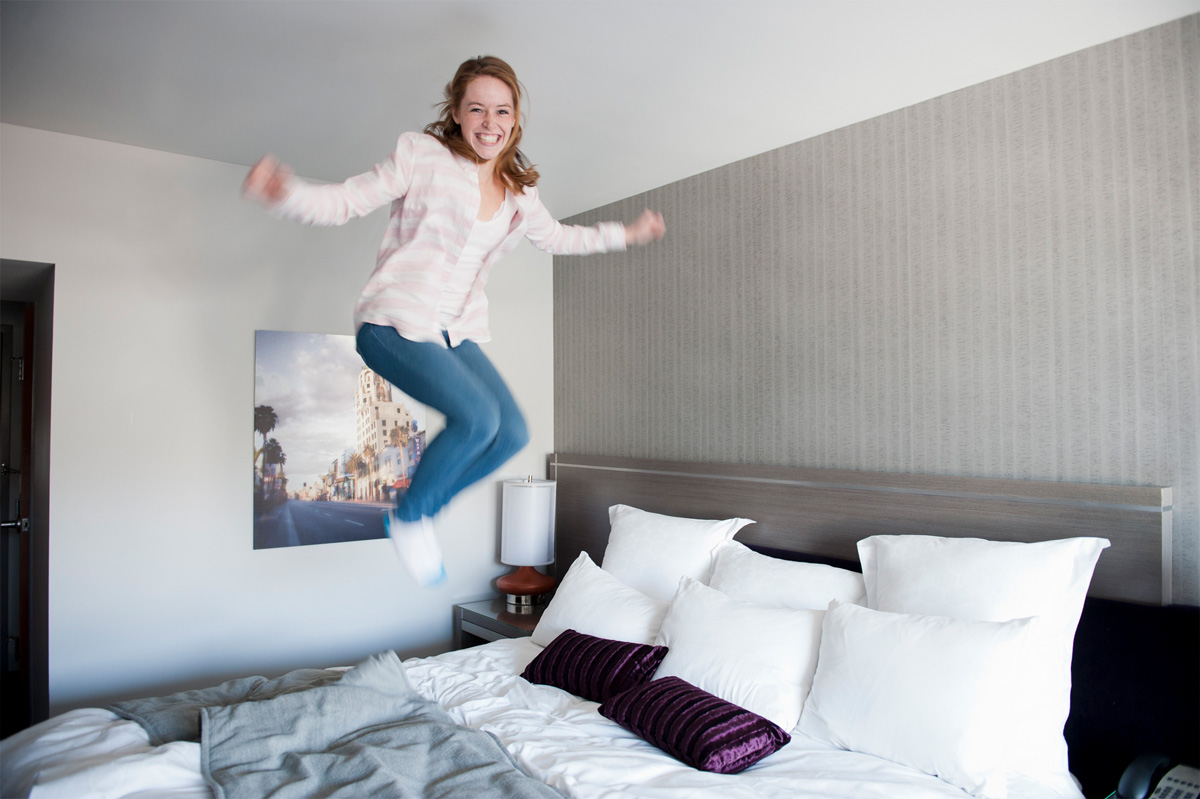 The morning got off to an early start as Contest judges Dave Wolverton and Tim Powers — who also serve as the Contest workshop’s primary instructors — guided the new writer winners from the lobby of the Loews hotel to the lobby of the Author Services, Inc., building; where both the Writers of the Future and Illustrators of the Future workshops are held. For many winners, it’s their first time seeing famous Hollywood Boulevard, with its sidewalks paved in stars. Along their way they passed Madame Tussaud’s, the Dolby Theater (where the Motion Picture Academy Awards are held) and Grauman’s Chinese Theater (now the TCL Theater.)

Once at Author Services, Inc., the writer winners were taken to the L. Ron Hubbard library on the 4th floor and given a tour of the Contest’s rich history.

As well as a hearty greeting by Contest administrators and staff! 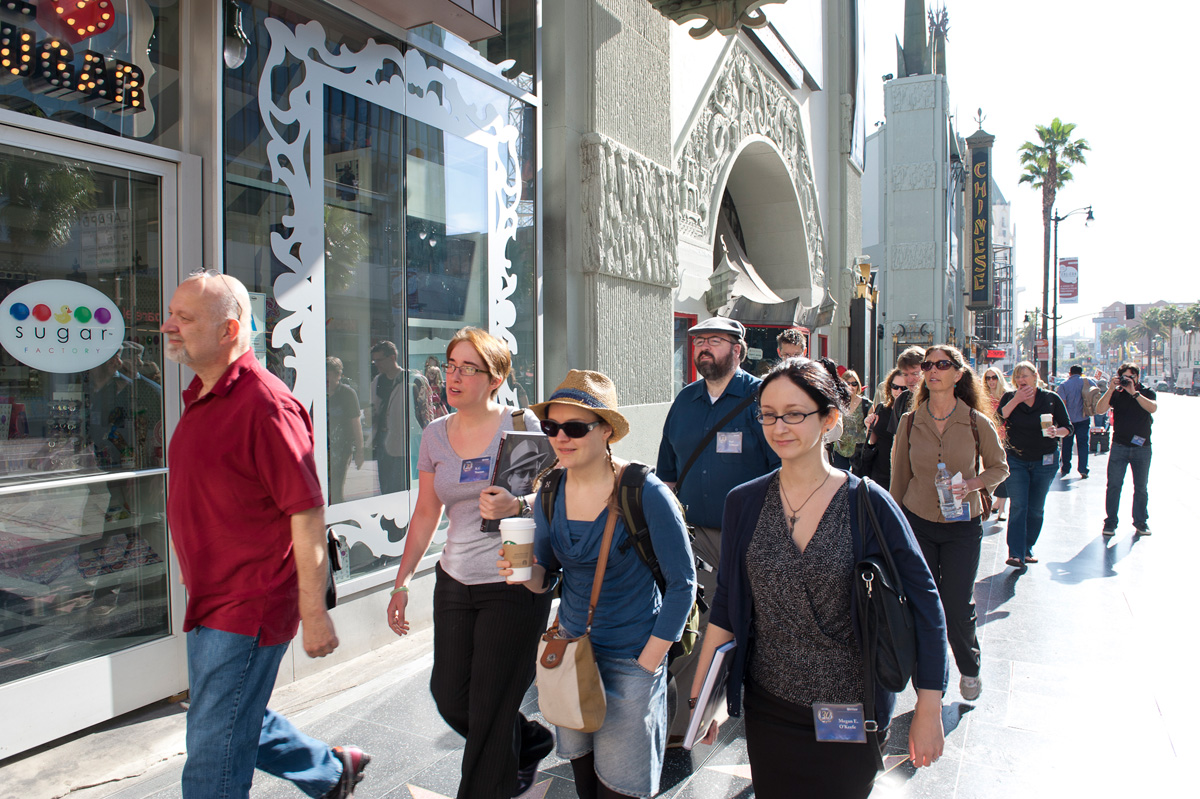 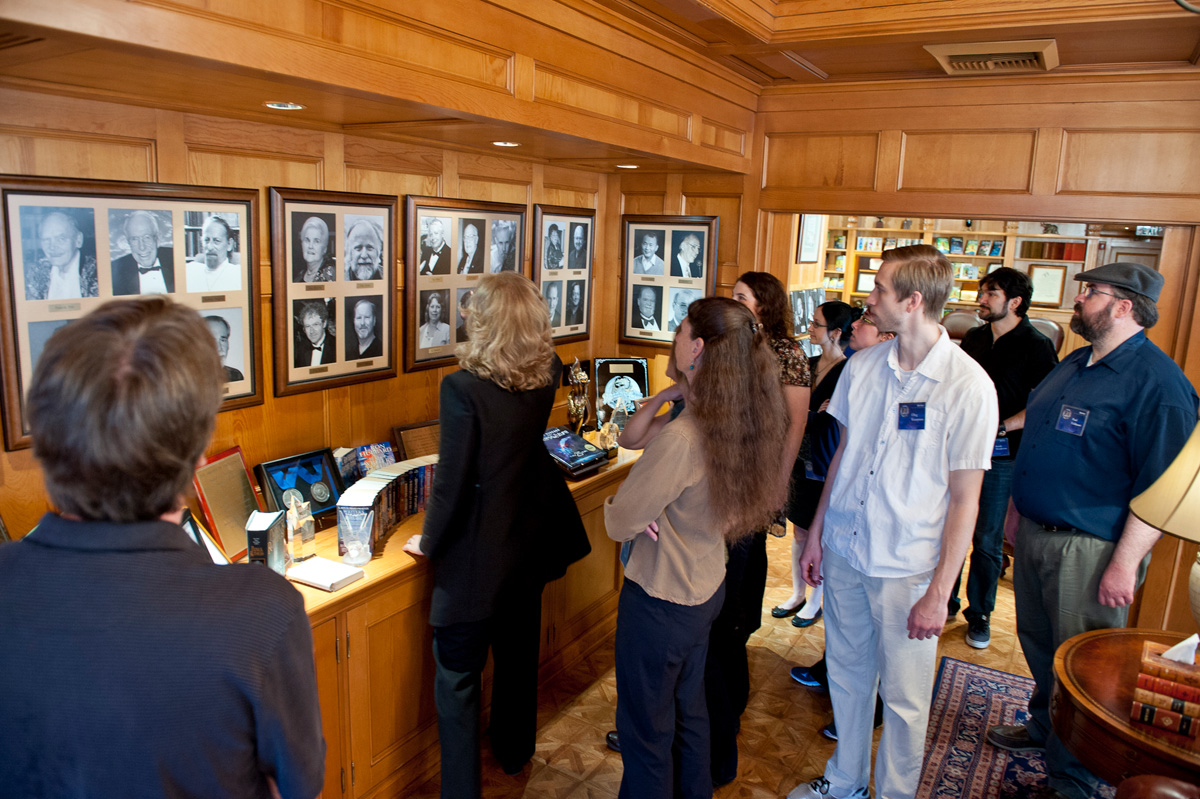 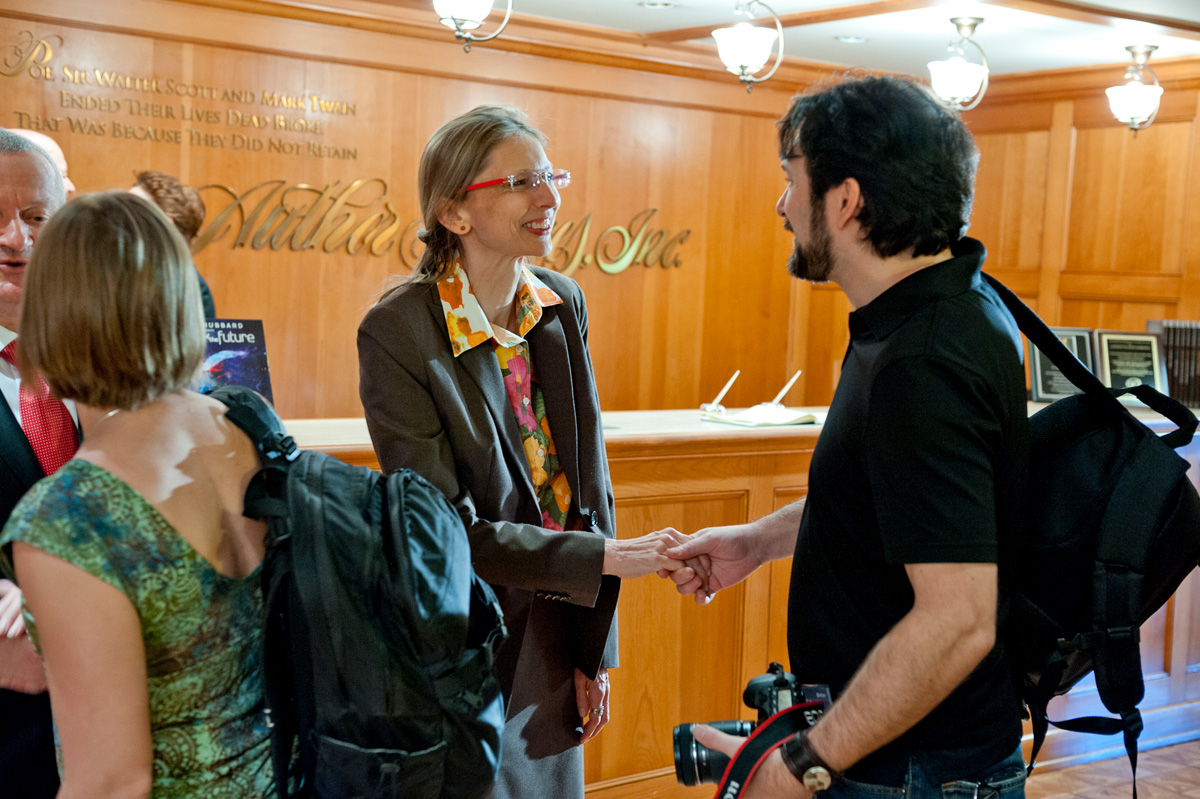 With introductions concluded, work began immediately. The purpose of the Contest is to help aspiring writers cross over the invisible line between amateur and professional. To help them do this the Contest employs a top-flight cadre of instructors, in the form of Tim Powers and Dave Wolverton. Both men possess decades of experience in the field, and are able to address both the business and the craft of writing. Using a curriculum that is based on the business-of-fiction-writing articles of L. Ron Hubbard himself, both Dave and Tim will be the primary guides for the new winners as they navigate their way through a week of extensive learning.

Following a long and information-filled day, each winner received a somewhat cryptic object. The purpose of which was to begin preparing the winners to write their 24-hour story: Contest tradition being that all writer winners will hone their skill (and stamina!) by writing a complete piece of short science fiction or fantasy in just a single day’s time. Each object was selected and given at random. How and where and why the object will be influential on the stories . . . is purely up to the winners. All of whom will be doing still more preparation on Day 3 of the workshop week. 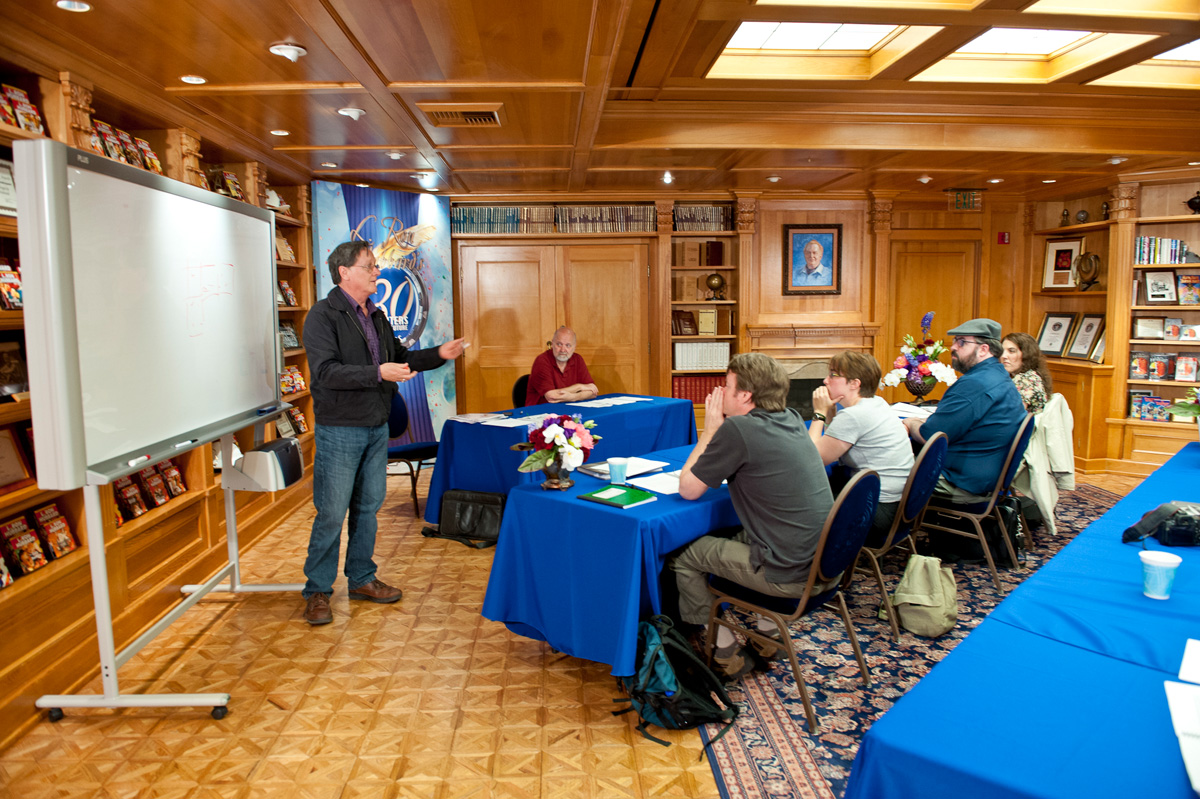 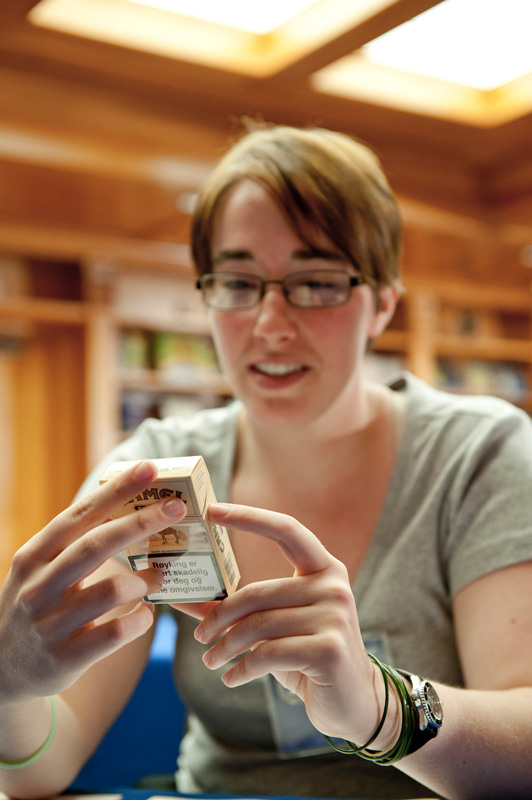 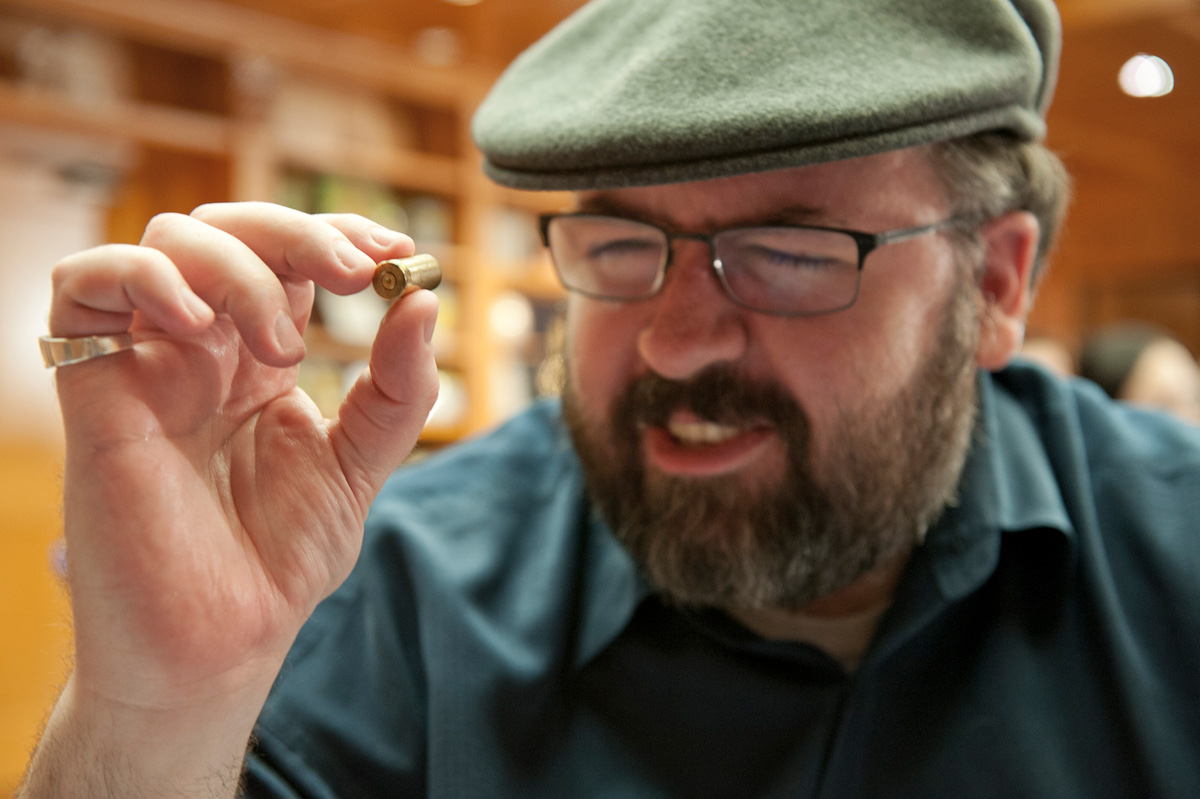 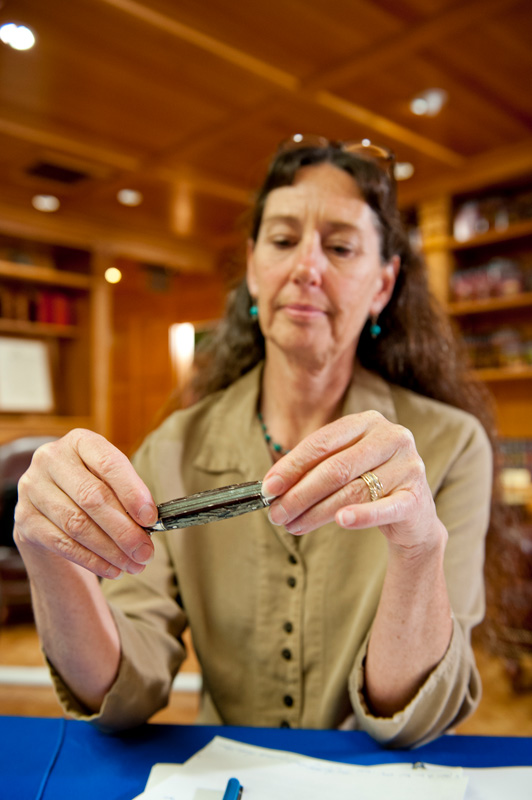 Eager to soak up the experience of the workshop, and learn the business of illustration from an all-star panel of illustrator judges, the Massachusetts contingent, Michael Tallot (originally of Jamaica) and Vincent-Michael Coviello were given a hearty welcome by the dedicated Author Services, Inc., drivers — right at the airport terminal. With the Writers of the Future golden Thirty Year and the Illustrators of the Future silver Twenty-Five Year anniversaries looming, the ASI staff has their work cut out for them: shuttling dozens upon dozens of people from the airport to the hotel, and back again.

By mid-afternoon, more illustrator winners began to trickle into the Loews, where Contest administrator Joni Labaqui met them at the front door. Winners Adam Brewster of Scotland and Bernardo Mota of Portugal had flown in the day prior, to acclimate to the dramatic time change (and the bizarre fête that is Hollywood Boulevard). But if anyone had jet lag coming off the plane today, it was instantly erased.

Mix with that the’re finally meeting the Voice on the other end of those winning phone calls — Joni — made it all the more real.

But perhaps Kirbi Fagan of Michigan said it best: “Pinch me!” as she jumped capriciously on her cushy hotel bed.

After dinner at a local California Pizza Kitchen — with Meghan, and the new arrivals (who weren’t taking quick cat naps before the nights events) — everyone met at 7:00 PM sharp at the Contest’s hospitality suite, for the meet-and-greet with the workshop instructors: coordinating judges Ron and Val Lindahn, Hugo award-winner Stephen Hickman, and digital art guru, Cliff Nielsen. The initial overview of the curriculum then ended with the real icebreaker: 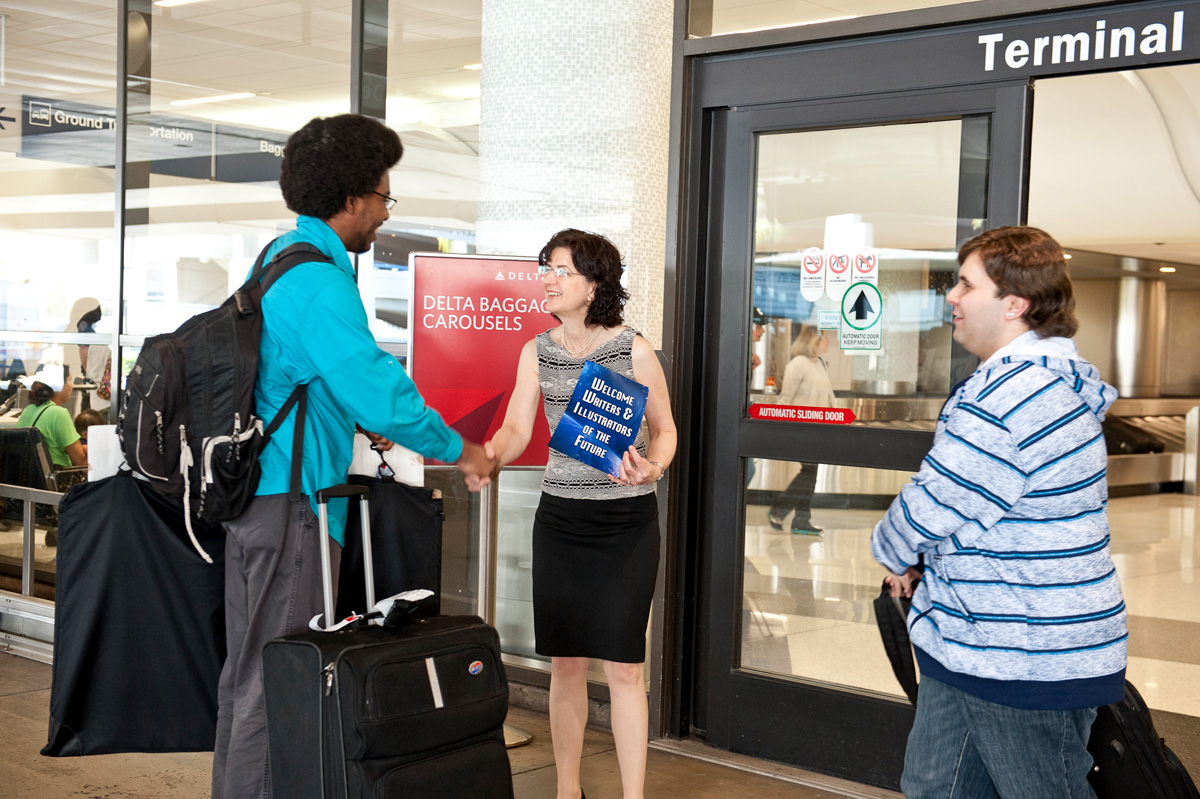 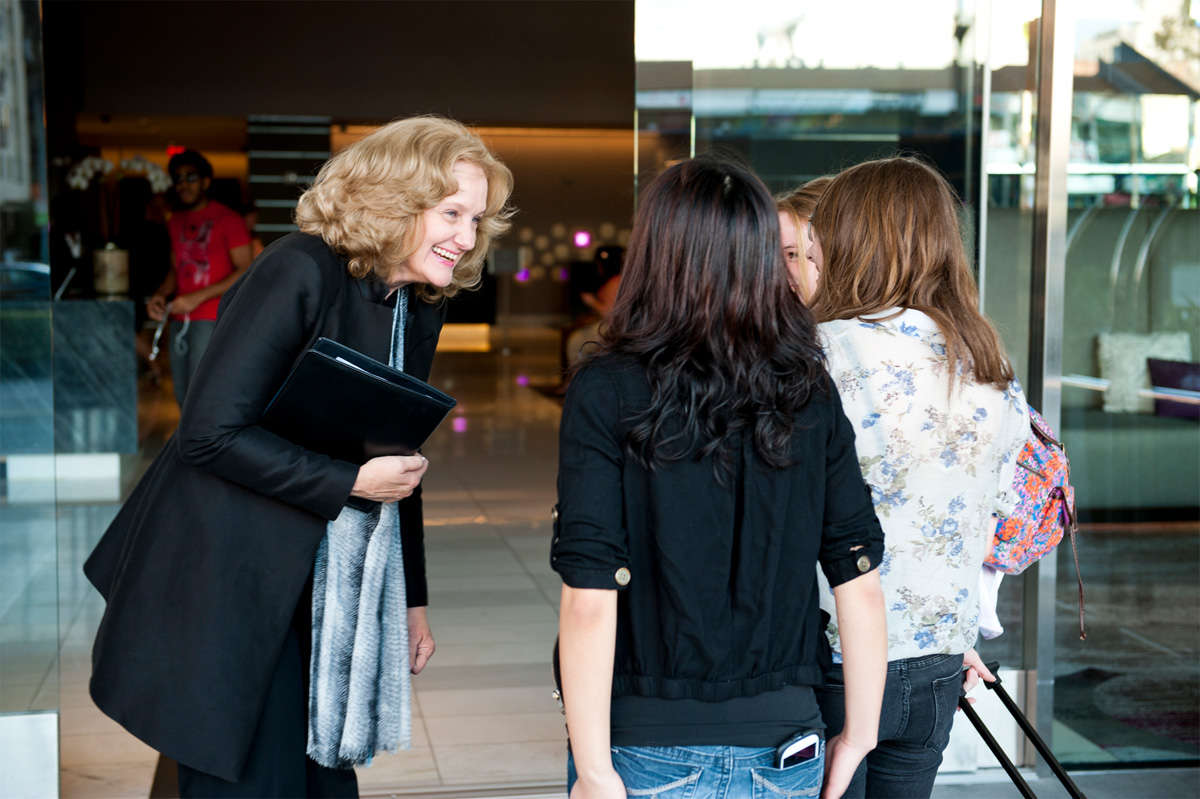 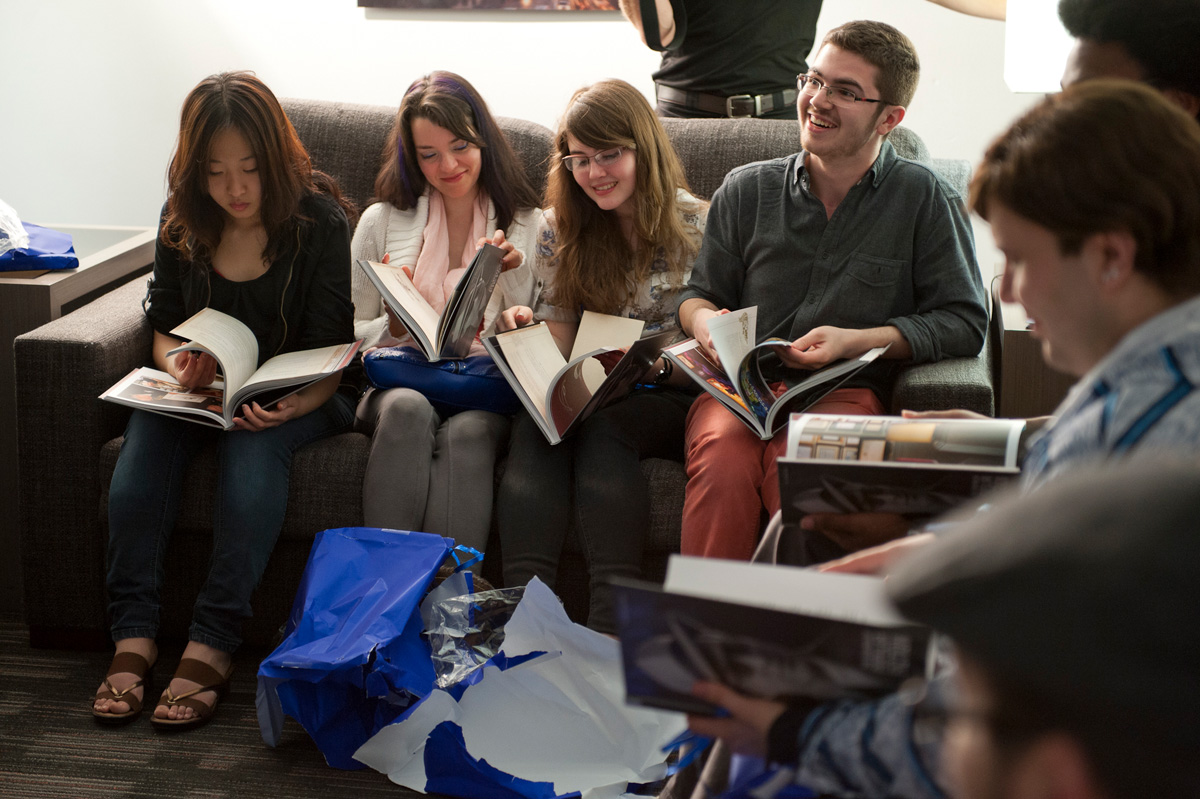 “Gifts?” Bernardo Mota of Portugal couldn’t believe it! Joni busted out ribbon-wrapped copies of L. Ron Hubbard books, still in their plastic from the publisher, jam-packed full of trade secrets and pearls of wisdom on art, writing, creativity and the history of the Contest.

Stay tuned for what happens next.

Welcome to Day 1 Behind-the-Scenes of the Writers and Illustrators of the Future...

Welcome to Day 3 Behind-the-Scenes of the Writers and Illustrators of the Future...
Scroll to top