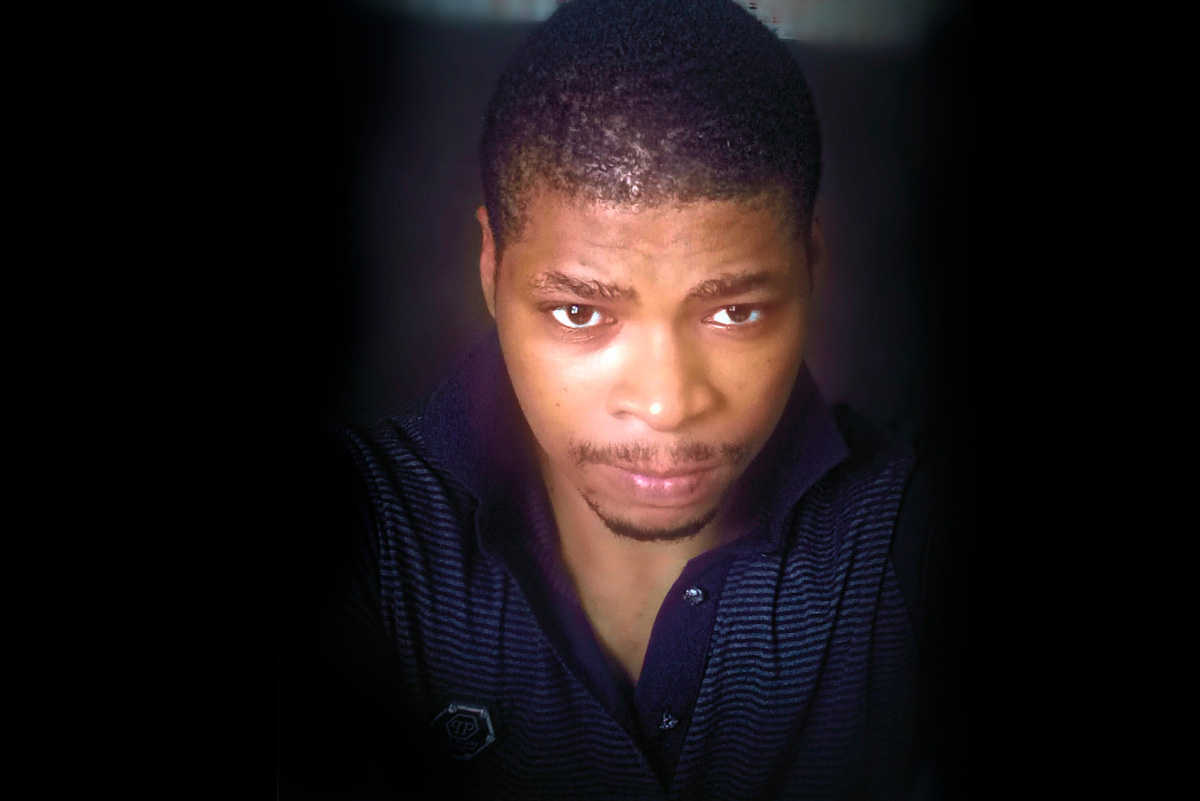 Due to visa issues in Nigeria, Walter Dinjos was not able to join us in person for the workshop week. This became a topic of discussion often enough that I could tell the thirteen writers who were able to assemble here sincerely missed him. They were in contact online, and they knew Walter would be watching when he could. But it wasn’t the same. Last year when he heard he had won the contest, he sent in a video talking about winning and coming to the United States and attending the workshop.

Sitting in the room with the winners, I can report that at times it definitely felt like a piece was missing.

Given that, when Walter addressed the event via a video, it took your breath away. He spoke in a voice that sounded like it made music. He mirrored comments of the week when he said he hoped he and his classmates would be able to come together somewhere around the world.

His story, “The Woodcutters’ Deity,” was published in the 33rd Annual Writers of the Future anthology. It is an African fable and a remarkable story that follows a young man who faces the stresses of family, self, and gods. This is among my favorites because it is so different from the standard fare.

This is something else I like about the contest. Its International aspect means we’ll see art from different places. This volume includes stories from Finland, the UK, and Nigeria, as well as the US. On the illustrator side, the volume includes artists from Poland, the Philippines, Canada, and Kazakhstan as well as the United States. This is what happens when you have blind judging, right? Best work wins.

Regardless, reading Walter’s work makes me doubly sad he wasn’t able to join the group. I would have been excited to have met him.

I’ll keep my eye open, though. Given the quality of this story, I’m willing to bet we’ll see more of Walter Dinjos.

[Update: I see Walter has already placed a story at another professional market!]

Stephen Lawson, author of “Moonlight One”