It is hard to believe that competition for Writers of the Future Volume 31 is now completed and we have begun receiving entries for volume 32.

This competition, started in 1983, has become the single greatest resources for aspiring writers to make their break in the publishing world. Even writers who have not won the competition have seen a significant boost to their career due to Writers of the Future. 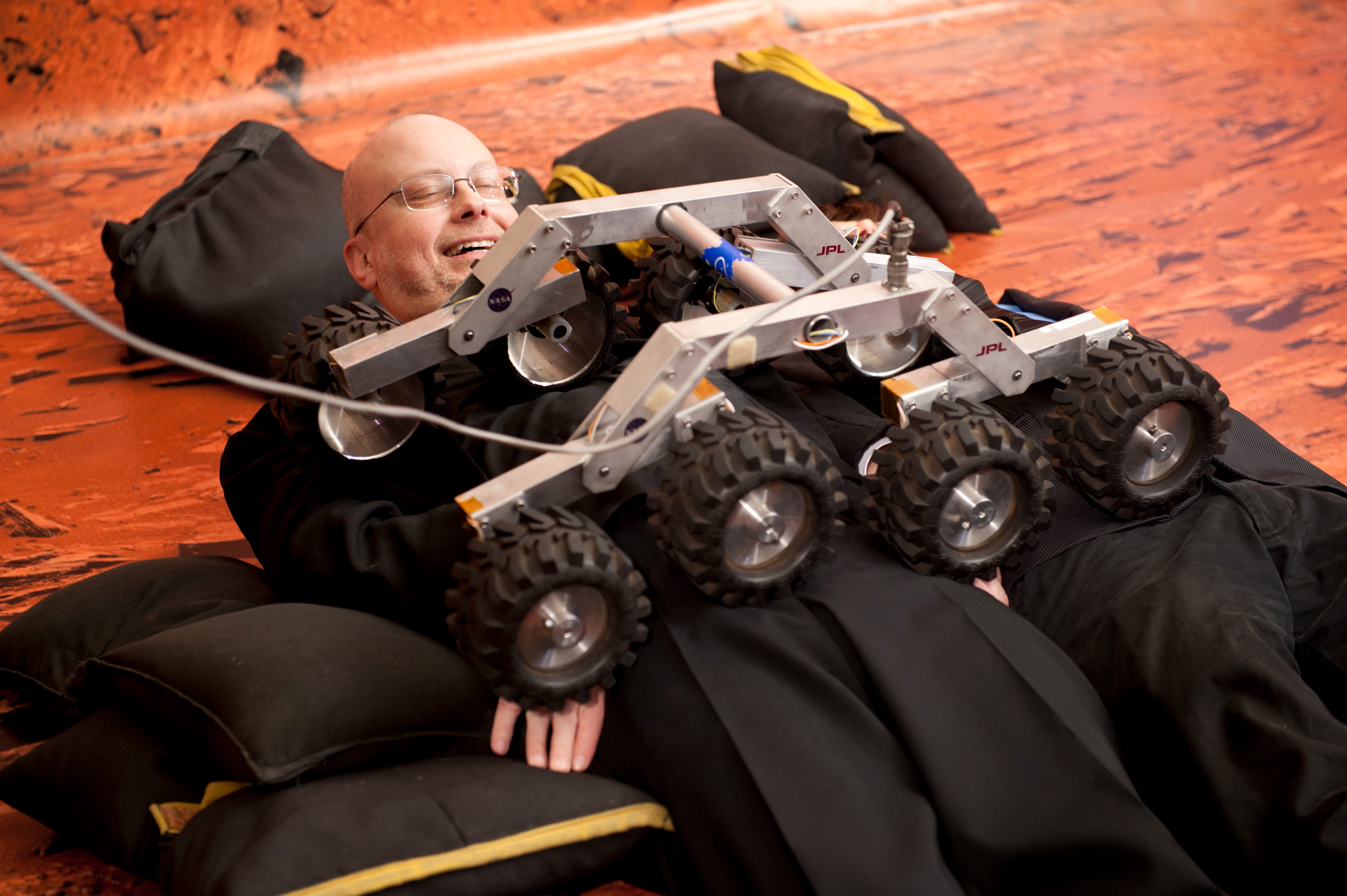 At Writers of the Future Volume 29 release event, one of the Mars Rover prototypes was driven over Rob Sawyer.

Case in point, Robert Sawyer. When I first met Rob after TorCon2 when he won his first Hugo, I introduced myself to him and asked if he had heard of Writers of the Future. He went on to tell me how he had entered the contest regularly as a novice and one day received a 3-page critique from Contest judge Algis Budrys. Rob took the critique to heart, made the changes suggested which turned his short story into a novel which he sold. He was thus disqualified for further Contest entry. It was shortly after this that Rob became one of the Contest’s esteemed judges and has remained so to this day.