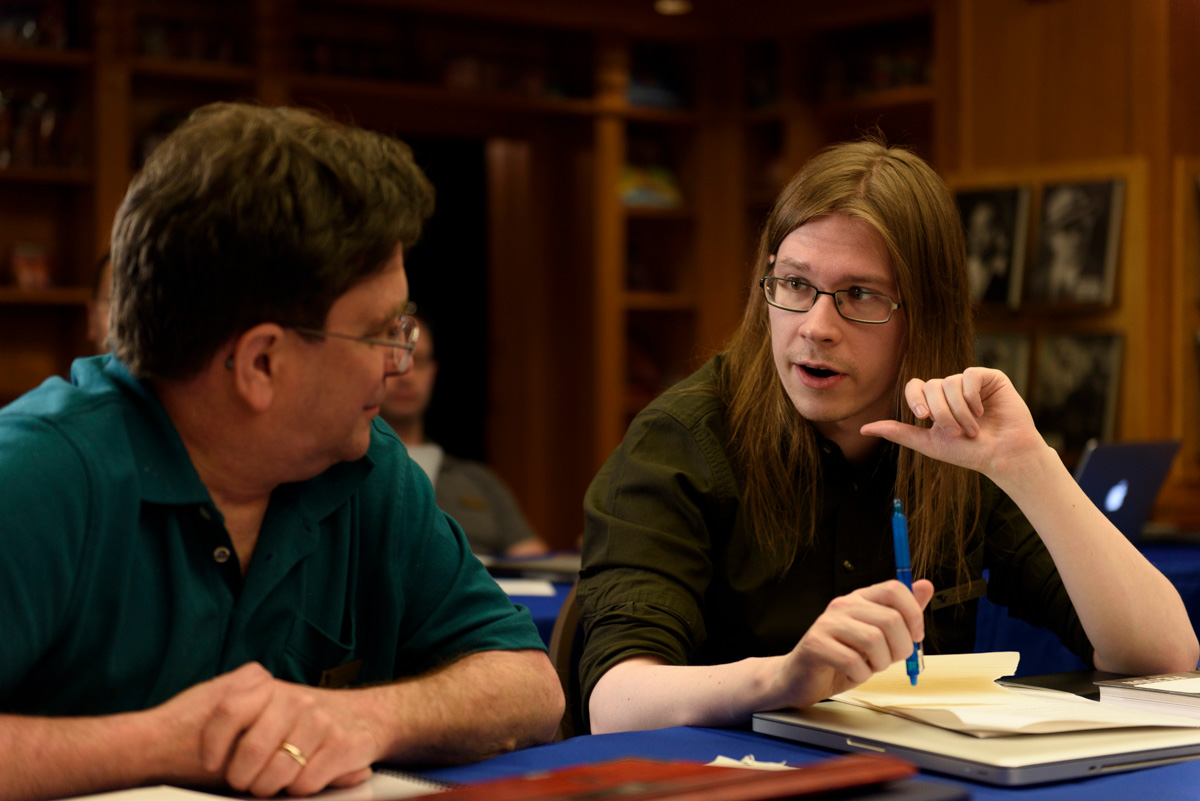 Ville Meriläinen’s cold country is Joensuu, Finland. His story, published in the 33rd annual volume of the Writers of the Future anthology, is titled “The Fox, the Wolf, and the Dove.” Oddly, the work is some kind of a mix between a fairy tale, and fable, and an episode of George R. R. Martin’s Game of Thrones.

I say “oddly,” because Ville is a young man, still a college student. He wears his hair long and listens to death metal as if it were one of the basic food groups. He has a very quiet and wry sense of humor, which he wields like a foil. For fun, he pounds on musical instruments. This kind of image does not really fit a guy who tells fairy tales and fables, though the Martinesque flavor of the harsh lands these characters are dealing with certainly grounds them.

The story is robust. Reading it makes me cold.

Upon meeting him, it became obvious to me that everyone in the group loved Ville. The first thing they loved was attempting to pronounce his name, which comes in two syllables, and which this mid-western US tongue stumbled over long enough to be embarrassing before I got it right once. “The US tongue doesn’t work right to do it all the time,” he explains with a smile that he’ll repeat several times over the week. I am not alone in my rubber tongue.

They rest of the contest winners also enjoyed the fact that over the week, his phrase “In my cold country…” became meme fodder. Someone threatened to take a photo and begin the meme-ification of it all. Ville again smiled and basked in the entirety of it all.

That said, Ville wasn’t here just to play around. Like the rest, he worked hard. Talking to him about the business of publishing made it obvious that he’s a focused guy. He soaked up everything he could soak up and asked for more.

After the award week, Ville discussed his travel process back to his home. It’s going to take at least two days. Maybe a third if he misses that last bus. He has “an emergency couch” scheduled in case that happens.

That’s the kind of dedication you find in people who have long-term careers in this field.

So, yeah, go read “The Fox, the Wolf, and the Dove.” Then mark Ville’s name. I think you’re going to see it a lot more often. 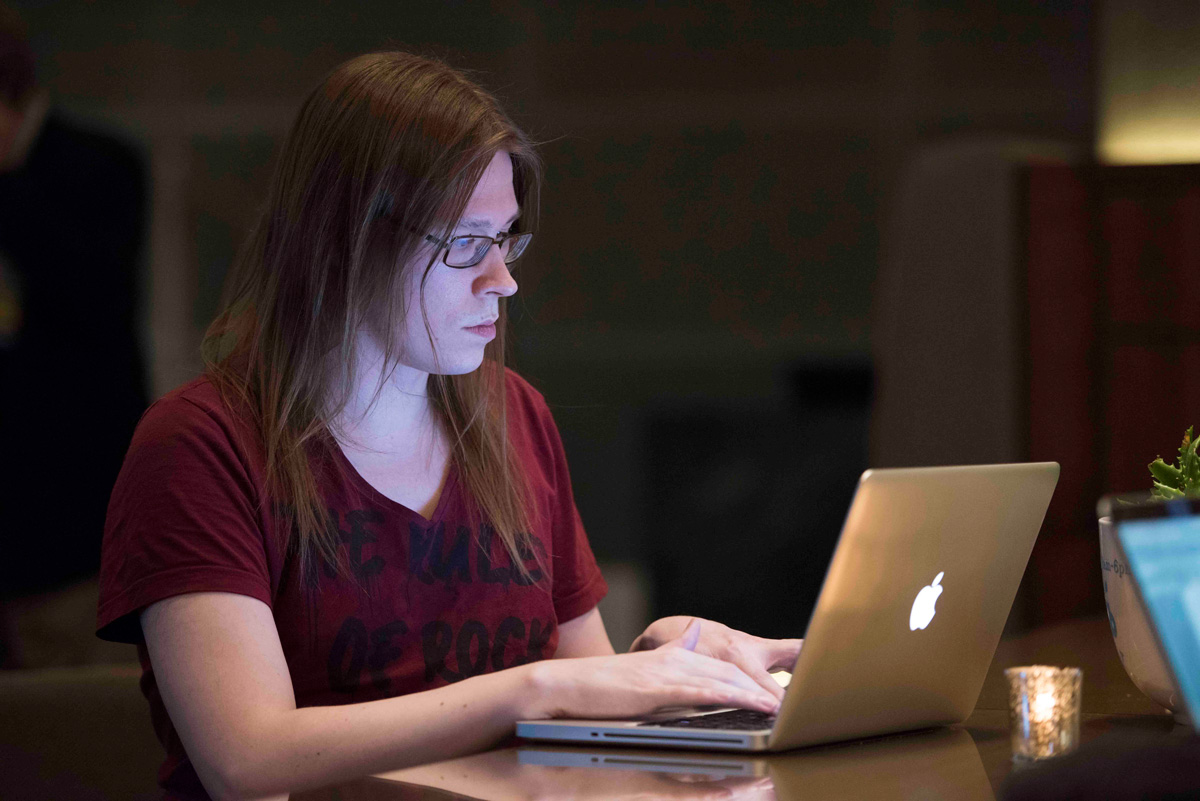 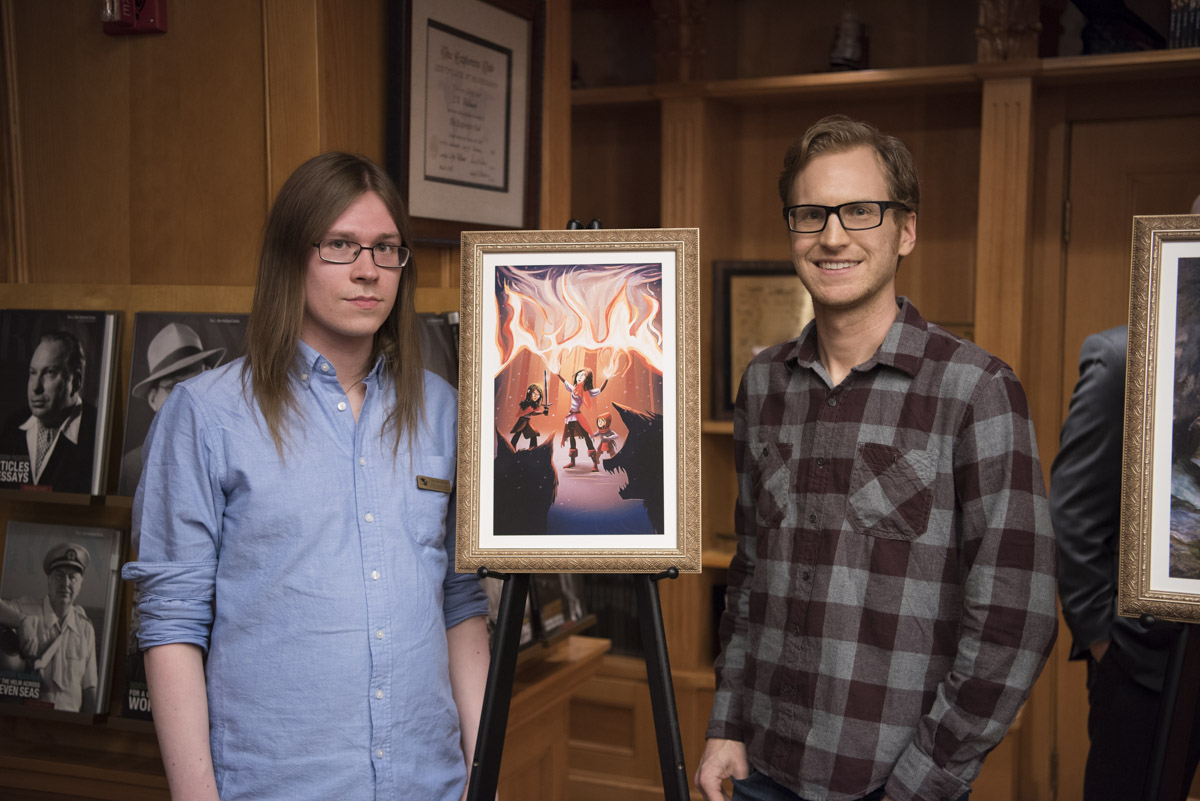 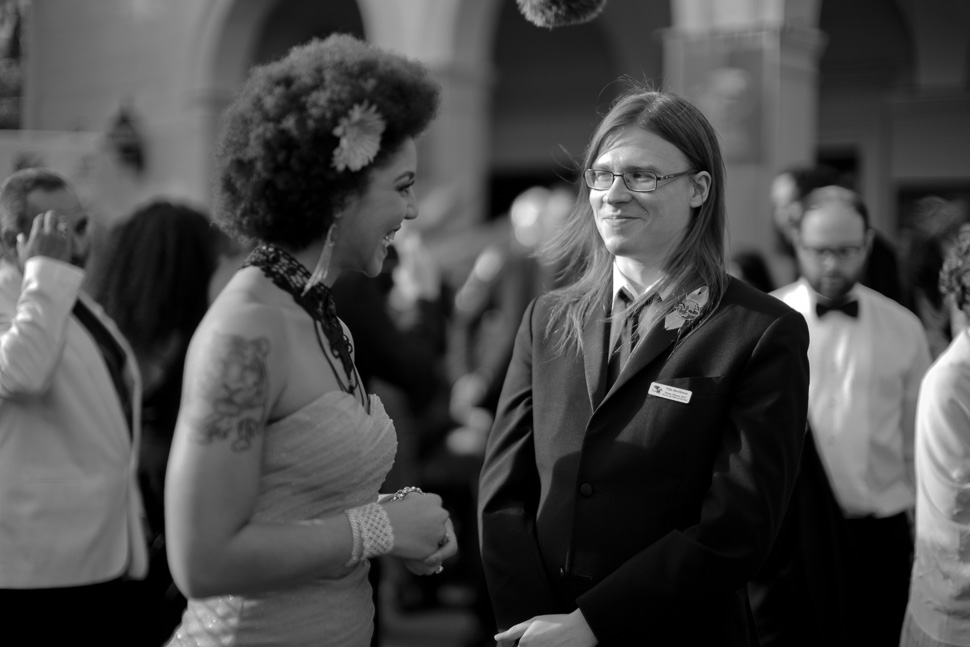 Anton Rose, author of “A Glowing Heart”
Scroll to top