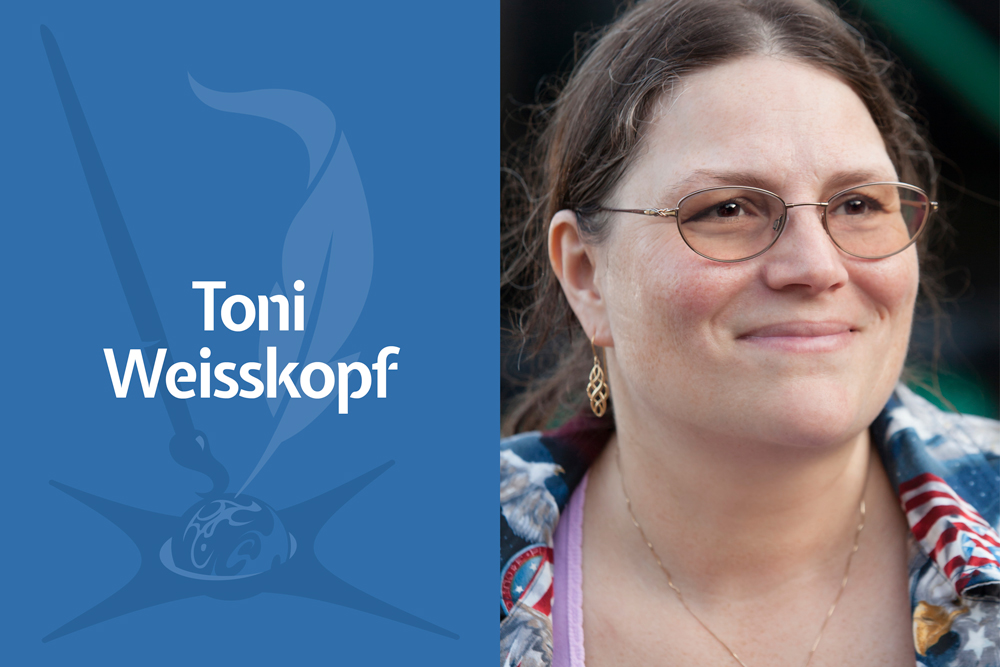 Toni Weisskopf, Publisher of Baen Books, will be the keynote speaker for the L. Ron Hubbard Writers & Illustrators of the Future Awards Ceremony this coming October 22 in Hollywood, CA.

Weisskopf was confirmed to speak at the awards event in 2020 which was postponed due to the pandemic. Upon confirmation, she stated, “As the publisher of Baen Books, I have worked with many Writers of the Future winners over the years, including one of our most prolific authors, Eric Flint. I look forward to taking part in this year’s Writers and Illustrators of the Future festivities.”

Baen Books has long been familiar with the Writers & Illustrators of the Future Contest. The Contest and Weisskopf first connected up in 1989, when as a volunteer, she helped at the Writers of the Future Awards Event in New York City for the release of Volume 5.

“Having Toni speak at the awards event is a great fit,” stated John Goodwin, President Galaxy Press. “We have so many of our judges and winners who Baen publishes.”

Weisskopf was the featured guest on episode #100 of the Writers & Illustrators of the Future Podcast, which you can listen to here: https://soundcloud.com/writersofthefuture/100-toni-weisskopf-publisher-of-baen-books-discusses-history-of-baen-and-future-of-publishing.

Founded by Jim Baen, Baen Books has been bringing readers pulse-pounding, thought-provoking adventures straight from the heart of science fiction and fantasy for decades. They sell more than 2000 books from over 500 authors published by 24 different companies.

The Writers of the Future Writing Contest was initiated by L. Ron Hubbard in 1983 to provide “a means for new and budding writers to have a chance for their creative efforts to be seen and acknowledged.” Based on its success, its sister contest, Illustrators of the Future, was created five years later to provide that same opportunity for the aspiring artist.

The intensive mentoring process has proven very successful. The over 500 past winners and published finalists of the Writing Contest have published over 1,800 novels and nearly 6,200 short stories. In addition, they have produced 33 New York Times bestsellers, and their works have sold over 60 million copies.

Writers of the Future Volume 36 Named 2020 Foreword INDIES Book of the Year...