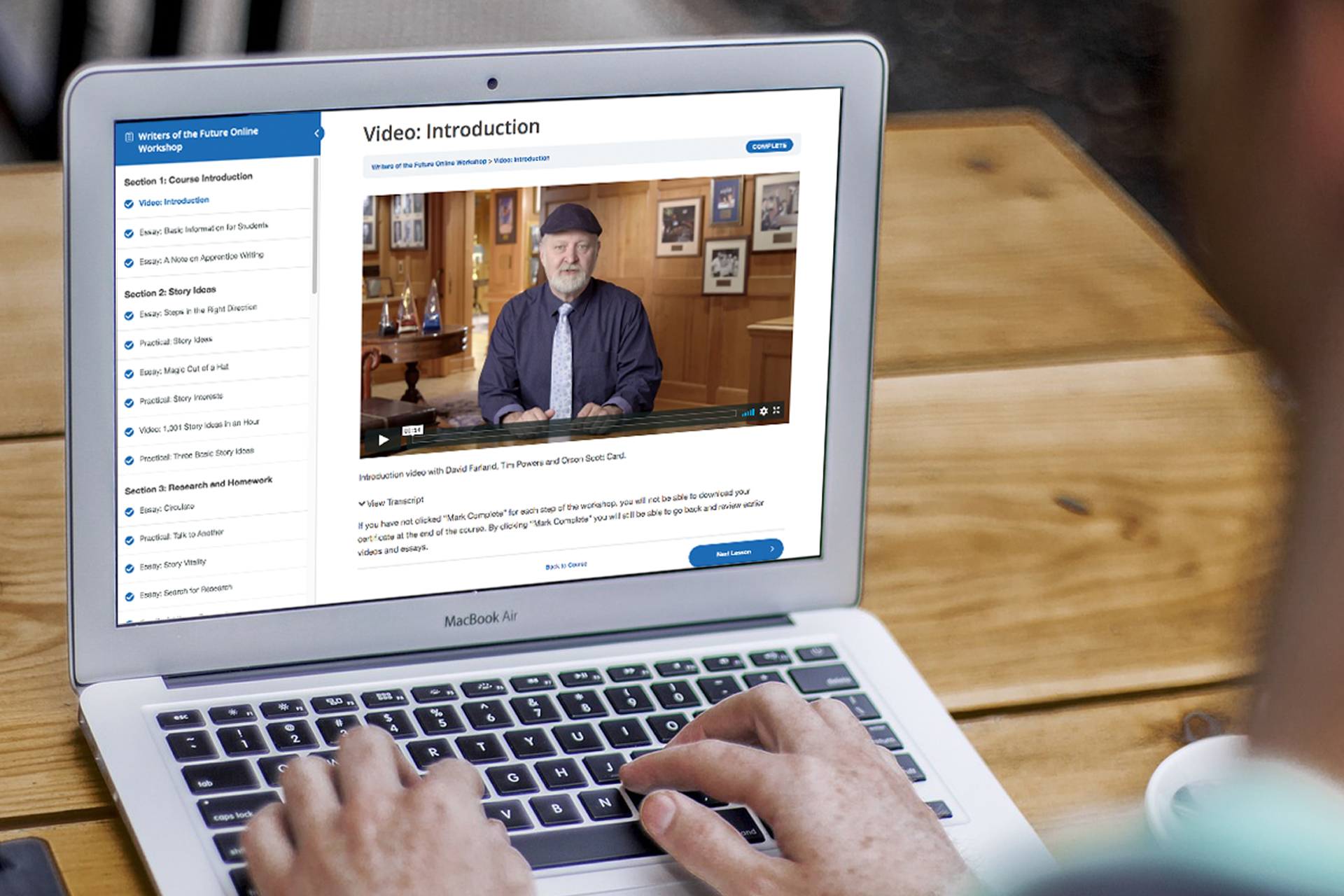 2020 has been nothing short of chaotic, but thousands have turned their time stuck at home due to the pandemic into honing their creative writing skills to becoming a professional writer with L. Ron Hubbard’s Writers of the Future Online Workshop. The course was provided free online just a few weeks after the stay-at-home orders were announced.

The online writing workshop, which is hosted at www.writersofthefuture.com, was made available to anyone that wanted to take it and has garnered participants from over 50 countries.

“It is great to see many people using this time to do something creative. Fortunately, we finished filming before the stay-at-home orders were issued, so we could complete the course and get it live,” said Emily Goodwin who produced the online workshop. “At the outset of the Contest in 1983, L. Ron Hubbard was clear that the Writers of the Future Contest had a role in paying-it-forward to the aspiring author. This free online workshop with three bestselling authors who are also Contest judges does just that.”

The writing workshop is comprised of 13 videos by Orson Scott Card, David Farland, and Tim Powers. There are also essays and practical assignments that take a writer from research and concepts to a completed short story.

With a 4.6 out of 5-star rating, the course is designed for the participant to go at their own pace. It has been well received from aspiring writers around the world.

One workshop participant wrote, “It’s hard to find the motivation to write during these difficult times. If you have a great idea for a story or need the aid of creative writing to get out the frustrations of life, but cannot sit down to write because your head is not in the right place, the Writers of the Future Online Workshop can help.”

A second one said, “Thank you very much for a writing program that pushed me to write and believe in myself.”

An Australian participant wrote, “This course is certainly at the forefront of aiding in developing future writers.”

And another from the US said, “I had at least three ideas for stories but was also struggling with terrible depression because of the pandemic, and could not think of a way out of it. This workshop gave me the drive, the motivation, the structure, and the assignments I needed to stop thinking about my situation and that of the works for a few hours, and get at least one story down.”

Anyone can sign up for the writing workshop at Free Online Workshop.

The 358 past winners of the Illustrating Contest have produced over 6,000 illustrations, 360 comic books, graced 624 books, and albums with their art and visually contributed to 68 TV shows and 40 major movies.

The Journey of a Thousand Miles