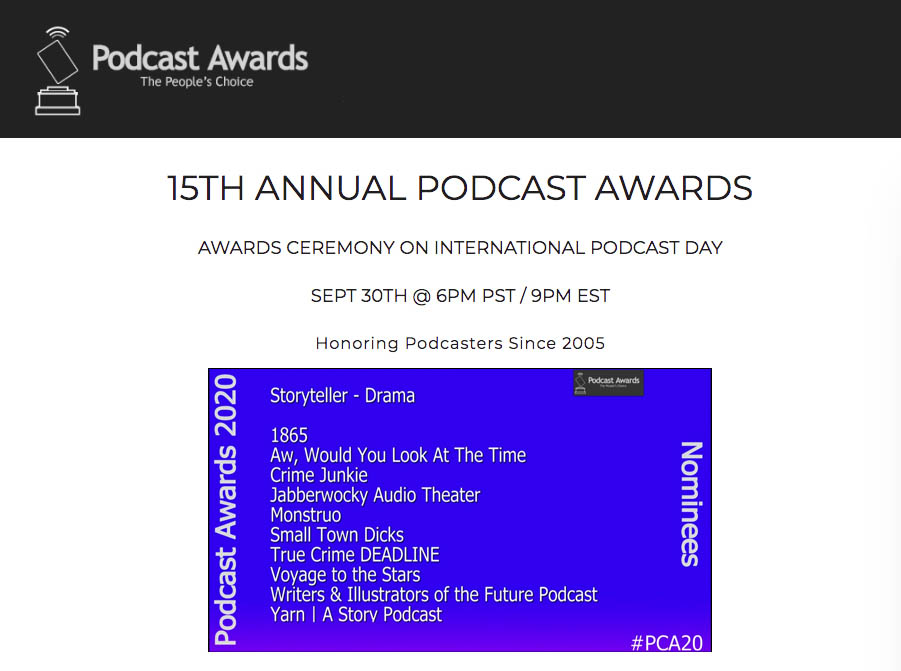 The 15th Annual ‟Podcast Awards: The People’s Choice” event was recently held and recognized the Writers and Illustrators of the Future Podcast as a Finalist in the Storyteller – Drama category. The podcast was one of 800 nominated from a field of over 500,000 voting listeners.

The Writers of the Future Podcast is available on:

The People’s Choice Podcast Awards, better known as the Podcast Awards, are global awards given annually to the best podcasts as voted by the general public. The full award presentation can be seen here: www.podcastawards.com.

Seven hundred eighty-six writers and illustrators have been recognized as winners throughout the Contests’ nearly four-decade history. The Writers of the Future writing contest was initiated by L. Ron Hubbard in 1983 to provide ‟a means for new and budding writers to have a chance for their creative efforts to be seen and acknowledged.” Based on its success, its sister contest, Illustrators of the Future, was created five years later to provide that same opportunity for the aspiring artist.

Writers of the Future Volume 36: A Review

Has Writers of the Future Changed My Life?
Scroll to top