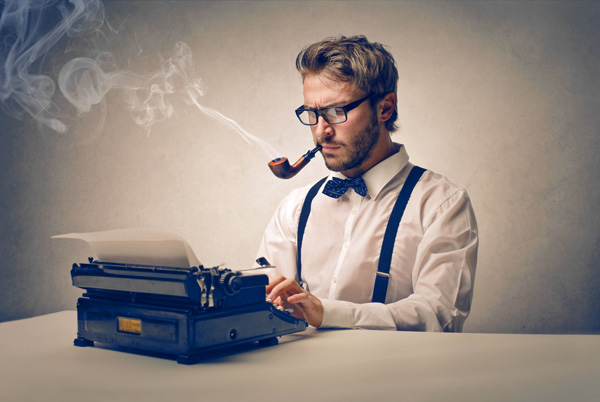 Writing Tips #5 in the Series

Storytelling has grown from the first years of Writers of the Future. One of the biggest things that science fiction and fantasy storytellers have learned is to create a compelling protagonist. No longer is it enough to fight evil because it is evil and the character is good. Now, a good story must build up the protagonist. 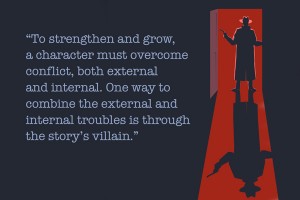 To accomplish that building, first grind them down. To strengthen and grow, a character must overcome conflict, both external and internal. One way to combine the external and internal troubles is through the story’s villain. The more cunning and evil the antagonist is written to be, the more pressure is put on the protagonist to rise above.

A classic villain will strap the daring hero to a table with a slow moving laser headed towards his nether regions creating external conflict, but the moment can be made even more intense by weaving internal conflicts between the two. (No. I expect you to die, Mr. Bond!)

Sometimes the hardest villain to defeat is one who has sympathetic characteristics. Most villains believe they have noble motivations even if they go about achieving them in a completely twisted way. Perhaps the antagonist believes that they are special and should have exceptions made for them on account of terrible trials they have endured in their life that have twisted their perceptions.

As with Magneto and Professor X of the X-Men, they both wish to stop the persecution of mutants, but their tactics could not be more different. Despite Magneto’s violence, he is a very sympathetic character. Having survived the holocaust, he has a unique understanding of the depth of evil in humanity.

“In the moment when I truly understand my enemy, understand him well enough to defeat him, then in that very moment I also love him. I think it’s impossible to really understand somebody, what they want, what they believe, and not love them the way they love themselves. And then, in that very moment when I love them… I destroy them. I make it impossible for them to never hurt me again. I grind them and grind them until they don’t exist.”

Tensions rise when the very nature of evil is questioned. Not only does the hero have to rise above, physically and intellectually, he has to question who is really good and who is bad. Having the reader right alongside the moral debate, will force your story into a deeper internal evolution.

What really is the cost for the greater good?

Does it come at the cost of an individual, a group, or even a poor twisted soul who has had negative experiences that sent them down the wrong path?

Is what the hero is trying to accomplish, truly the better path than their enemy who is equally committed to their goals?

Having shared characteristics and values between your hero and villain can force the reader to question the path alongside your protagonist. The discovery of what is right and wrong is then an interactive experience for the audience who will grow with the story to its conclusion.