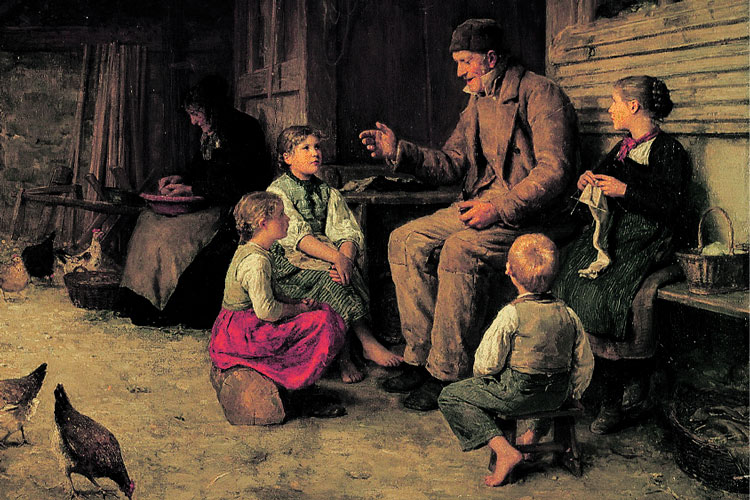 I have talked about some of the most frequent problems that I see when judging for the Writers of the Future Contest, and today I’m going to tackle one of the biggest: the problem with “told” stories.

A “told story” is one where the author purposely puts the reader at an emotional distance. There are a few ways that this is done.

1) The writer may tell the story from the point of view of a narrator outside the story. For example, yesterday I got one that started something like this: “Every year, tens of thousands of people report seeing UFO’s. Of course, the government denies the existence of such things, but…”

Do you see the problems here? There is a disembodied voice relating information that everyone on planet earth knows, at least if they’re over the age of five. It would be far more interesting if the author started inside the point of view of someone who is witnessing the appearance of a UFO.

This is the way that fairy tales are often told, and so it may be that from a very early age, we begin enjoying stories this way. But remember that fairy tales are often rather horrific—stories about giants eating children, evil stepmothers starving their own offspring, and so on. The “told tale” in this case helps soften what would otherwise be an unbearable story for a toddler.

In short, there is a reason for telling told stories this way, and there are good reasons to avoid it.

2) The author may choose to write from the point of view of a narrator who tells a story from the distant past. “When I was a girl, I loved daydreaming about fairies.” This often launches us into a past POV where the narrator discusses a time where she daydreamed about fairies, but somehow the dream intrudes on real life. That’s not a bad story, just a bad way to tell it. Instead, put your reader into the POV of a little girl who is being visited by fairies.

Once again, there are reasons why you might want to distance the narrator from a tale. Perhaps if I had an old woman who was told by the fairies long ago that when it is her time to die, the fairies would come for her in the end. That might be a sweet way to handle it, but most of the time, the author just wasn’t thinking.

3) The author may choose to narrate a story about groups of people. “The crowds were running amuck, hurling bottles through windows, shouting and screaming. Some were on their knees, praying for forgiveness, while others flipped off god. They looked into the sky as the angels swooped from heaven, brandishing their flaming swords!”

In a story like this, there is no focal character. The lack of a single POV makes it virtually impossible for us as readers to become engaged.

Faulkner managed to pull it off in “A Rose for Emily,” but the author in this case narrates a story from the point of view of a town, using their narration as a frame for a story that instantly becomes very personal.

4) Sometimes a writer will simply choose the wrong POV. For example, years ago I had a friend who wrote a story in which a bartender related the tale of a local hero, a young man who faces down a horde of witches. It was a great story, but no one would buy it. So some friends finally convinced him to get rid of the bartender. He added nothing to the story. The tale sold immediately.

Sure, maybe you can write a story told from the point of view of Doctor Watson discussing the adventures of Sherlock Holmes, but you have to ask yourself, “Why?” In the case of Holmes, we have a larger-than-life hero. If Holmes had been discussing his own exploits, he would have seemed arrogant, unbelievable, and when he solved a case, it would have destroyed the sense of mystery that had accumulated around it.

I often recommend that new authors read Orson Scott Card’s Characters and Viewpoint. Scott gives excellent advice on how to choose the protagonist of each scene, and how to zoom in on the protagonist’s viewpoint.

How to create an award-winning illustration