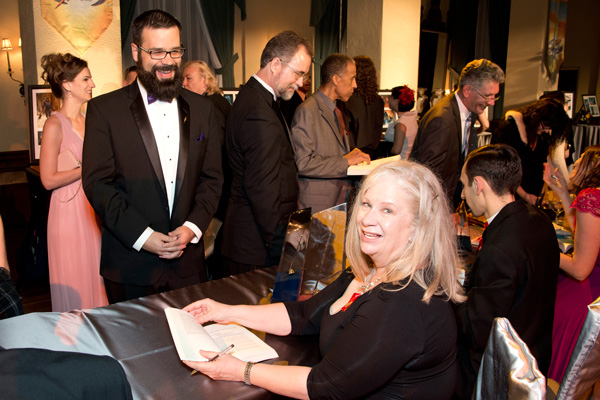 At the end of 2012, I submitted the first short story I’d ever written. It was a story I’d written two years earlier. I didn’t really understand how the judging worked, but I connected with the Writers of the Future Forum, and discovered an entire community of supportive fellow aspirants. I didn’t win, or even earn an Honorable Mention. I was so certain I was going to win, I was devastated by the news. But I had a lot of company. And everyone on the forum commiserated (winners and loser alike), and with so many people encouraging me to submit again, how could I give up? 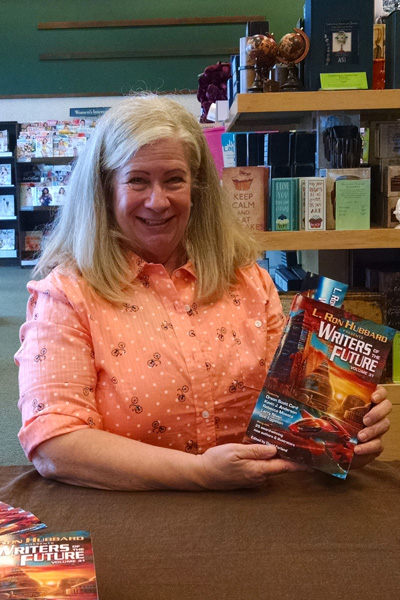 And that’s the thing. There’s a new contest every quarter. As the next quarter deadline rolled around, I stuck a stamp on my only other short story (also two years old) and sent it in. It didn’t win, either, and now I was out of stories. Everyone else in the forum was talking about their stories for the next quarter, and there was the wonderful communion that occurred as we all waited for the results. Without a story to submit, I felt left out.

So I started writing short stories. And while I didn’t enter every quarter, I kept working on my craft and submitted the best story I could, whenever I had one ready. The first new story I wrote won an Honorable Mention. Talk about great feeling! After the first two rejections, my family and friends had been hinting that maybe this crazy idea of mine to become a writer wasn’t such a good idea. I got a really nice frame and hung that certificate on the wall right over my desk!

And I realized that writing regularly was every bit as important as taking writing classes. In 2014, one of the stories I wrote earned another Honorable Mention, but the other was quickly rejected. I was, of course, terrified that I’d somehow ‘lost it’. Maybe I’d forgotten how to write. And the more I thought about it, the more convinced I became that those two Honorable Mentions must have been flukes. I was washed up before I ever even started; convinced I had no interesting ideas left to write about.

But I kept writing. I practiced a lot. I practiced by writing 300-word story openings: a character in a setting, with a problem. Over and over. And suddenly, without even trying, a story grabbed hold. I’d written a practice opening based on my childhood memories of looking for baby tortoise hatchlings. We had a number of tortoises as pets when I was a kid, and after the first rains of fall, the eggs would hatch. The babies were very well camouflaged, and difficult to spot. And I thought, what if one of the baby tortoises was something else? What if it was an alien? And that was the the idea that spurred my winning novelette, “Stars That Make Dark Heaven Light.” I finished the whole thing (+16,000 words) in less than two weeks. I cried in several places as I was writing it, and thought it might be a good fit for the contest. I knew it was the best thing I’d ever written.

I submitted it two months before the contest deadline, because it was long, and I was afraid it would get overlooked if I waited until the deadline, when everyone else submitted. I kind of forgot about it, and kept practicing writing stories. When I got notified that I’d won first place for the 4th quarter, I remember laughing and crying at the same time. I never dreamed of winning first place, I just wanted to make the top 3 so I could attend the legendary Workshop, where some of the biggest names in Science Fiction and Fantasy would share their knowledge and experiences with us.

And although the entire workshop was amazing, and everything I’d imagined (and more), it was meeting/bonding with the other winners (for both my year and previous winners), and the entire ‘Gala week’ experience that made the whole experience unforgettable.

The four months since ‘Gala week’ have been busier than I ever imagined. I (and my fellow WOTF 31 winners) have worked hard to promote of the Writers of the Future volume 31 anthology. I’ve learned a lot about marketing, and become well-acquainted with press and radio interviews, book signings, and all kinds of promotion. Hard work, but it’s paying off. The anthology has garnered many wonderful reviews, we’ve sold a lot of books, and recently became national bestsellers when Writers of the Future Volume 31 hit number seven on the Publishers Weekly Sci-Fi Bestseller List! I am proud to be part of it, and hope that the lessons we’ve learned with volume 31 will be carried forward for future winners.

In that same four-month period, I completed the final revisions on my sixth novel, and wrote five new short stories. One of those new stories, “The Ides of Nevah-Nevah,” is forthcoming in Galaxy’s Edge Magazine (Sept 1, 2015). And I’m still practicing. Win or lose, writing practice (and the practice of writing) never ends. 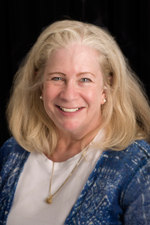 Finding the Meaning in Art – My Story
Scroll to top