How One Writer Won Writers of the Future

“It’s ok, Carrie! You can just climb back down—you don’t have to jump!”

When I was five, my dad took me and my siblings—my older brother and my twin sister—to a water park. One of the features of this water park was an impossibly deep pool with a towering outcrop of rock that you could climb and jump off of. There were jumps at five feet and ten feet, and the pool was thirteen feet deep. These numbers are seared into my memory like the symbols of some iconic myth.

At five years old, I was three foot nothing, and worried about everything constantly. I liked to read, I hated to go outside, and I didn’t have many friends beyond my family. I was, to put it bluntly, a nerdy wimp.

So, when I ask you to picture tiny little me standing at the ten-foot jumping ledge and staring down into an aquamarine abyss, I’m sure I don’t have to tell you that I was practically vibrating with terror. I remember the thoughts whirling around my head: the recognition of my hubris for climbing so high, the detailed vision of my body dismembered by the impact of the water, the humiliation of my inevitable climb down to a safer height.

I knew that I couldn’t really climb down—that it would mean a kind of failure I couldn’t live with. So, ignoring the gibbering of my terrified mind, I jumped.

I jumped feet first, with my legs straight and my arms pinned against my body. My stomach flopped and, in a crash, the world became irrevocably blue. The water was cool after I’d stood so long out in the sun, and I pushed toward the glittering silver surface to break through—alive, and brave.

That was a day I learned a lesson that has since become a keystone of my life: Sometimes you might be scared to jump. Sometimes it’s better to leap anyway.

Submitting to Writers of the Future

I was nervous in the moments after loading my story to the Writers of the Future website. What if I’d formatted it wrong? What if I was exposing myself to ridicule and heartbreak? What if I was—gasp!—rejected? Should I just start over? Forget the whole thing? I hadn’t submitted much up to that point, and the idea of actually pressing the “submit” button made my fingers tremble.

But then, of course, I hit it anyway—and here I am.

When I look at L. Ron Hubbard Presents Writers of the Future Volume 35, I see that moment on the ledge. I see it in the rocks in the background of the cover, in the swirl of blue water, and in the tiny figure of the boy in the boat staring down the impossible. Most of all, though, I see it in the table of contents.

You can see another of my moments on the ledge in the awards ceremony yourself, if you want, when you look at me with my hand on my hip, staring out into a crowd of faces, so sure I would say something dumb, that my voice would tremble—but speaking anyway.

And I’m sure you can see it in yourself, every time you have a chance to take a risk, to jump into something great or climb back down to a “safer” height.

I hope you take the leap. 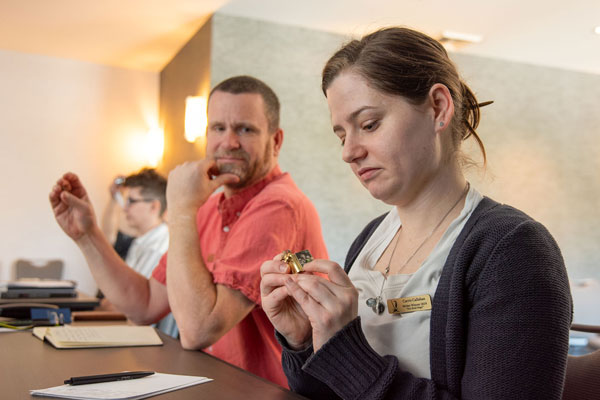 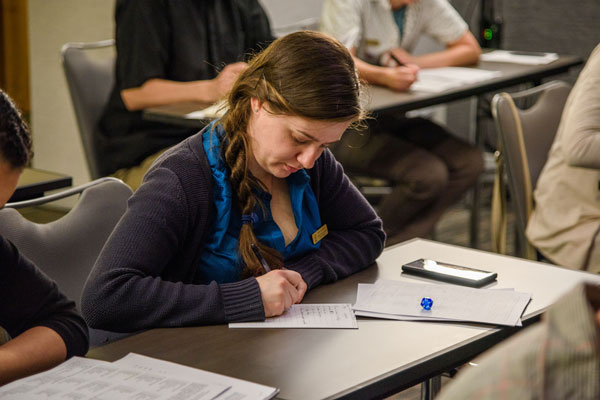 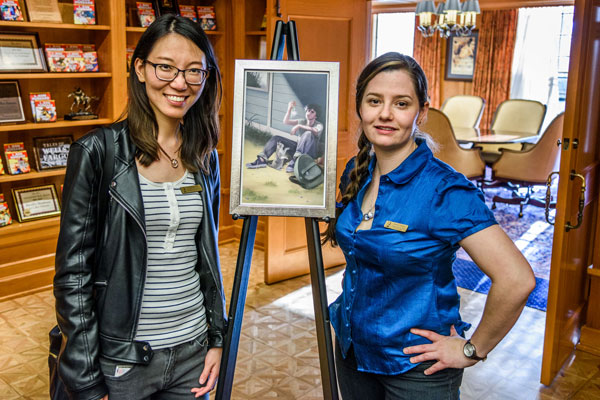 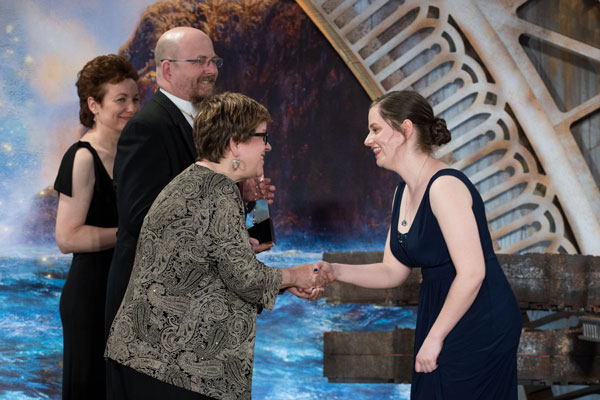 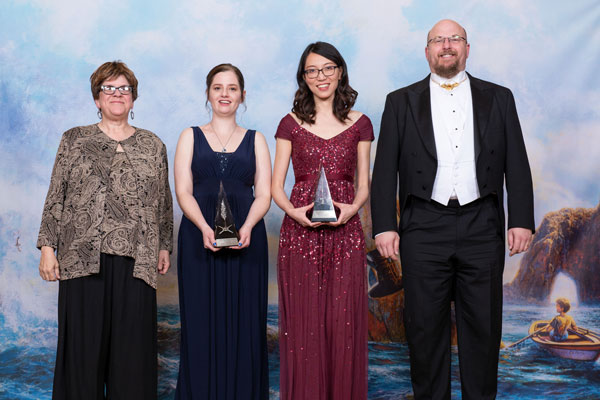 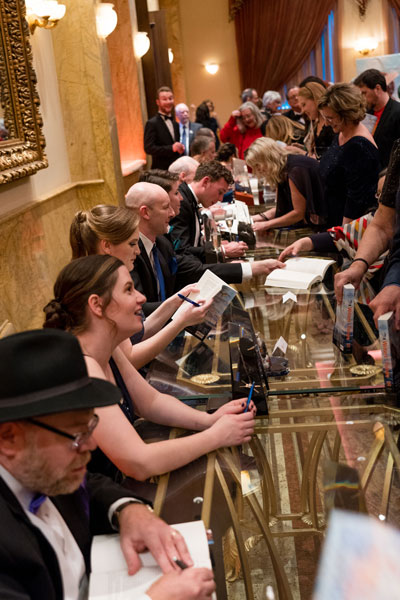 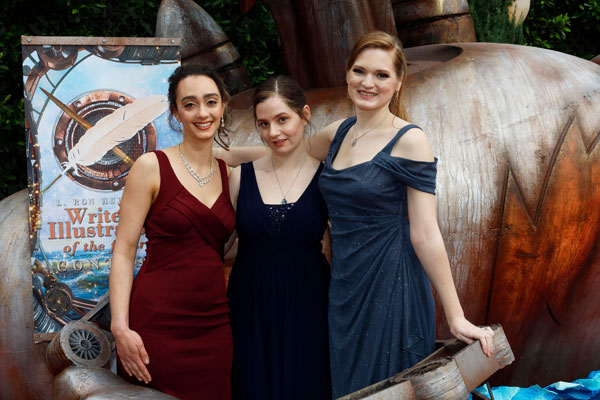 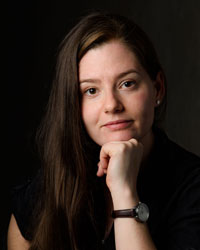 Born to avid genre readers, it’s no surprise that Carrie Callahan was named after a Stephen King novel. She was raised in the wilds of Florida in a series of homes set in the seedier parts of the state, feeding her sense of the strange. She’s since lived in eight different states across the country and managed to become the first of her immediate family to earn a college degree.

Having grown up economically disadvantaged, Carrie prefers to write about the members of the “lower” classes while also maintaining a speculative flair–an aesthetic she calls Dirt Spec. Dirt Spec is any kind of speculative fiction (be it sci-fi, fantasy, or horror) that strives to portray people living in poverty with more nuance than a flattened trope, a piece of set dressing, or a joke.

Carrie has a B.A. in English from the University of Cincinnati and will begin her MFA at Eastern Kentucky University in the fall of 2019. Carrie is also the recipient of the Writers of the Future Award, and you can find her award-winning short story, “Dirt Road Magic,” in the L. Ron Hubbard Presents Writers of the Future Volume 35. This international writing contest was created to discover and launch new authors, many of which are now publishing new sci-fi and fantasy books each year.

She lives in Kentucky with her supportive husband and their Yorkie, Chestnut.

Writers and Illustrators of the Future Celebrating its 35th Birthday in Salt...

You Gotta Work For It
Scroll to top