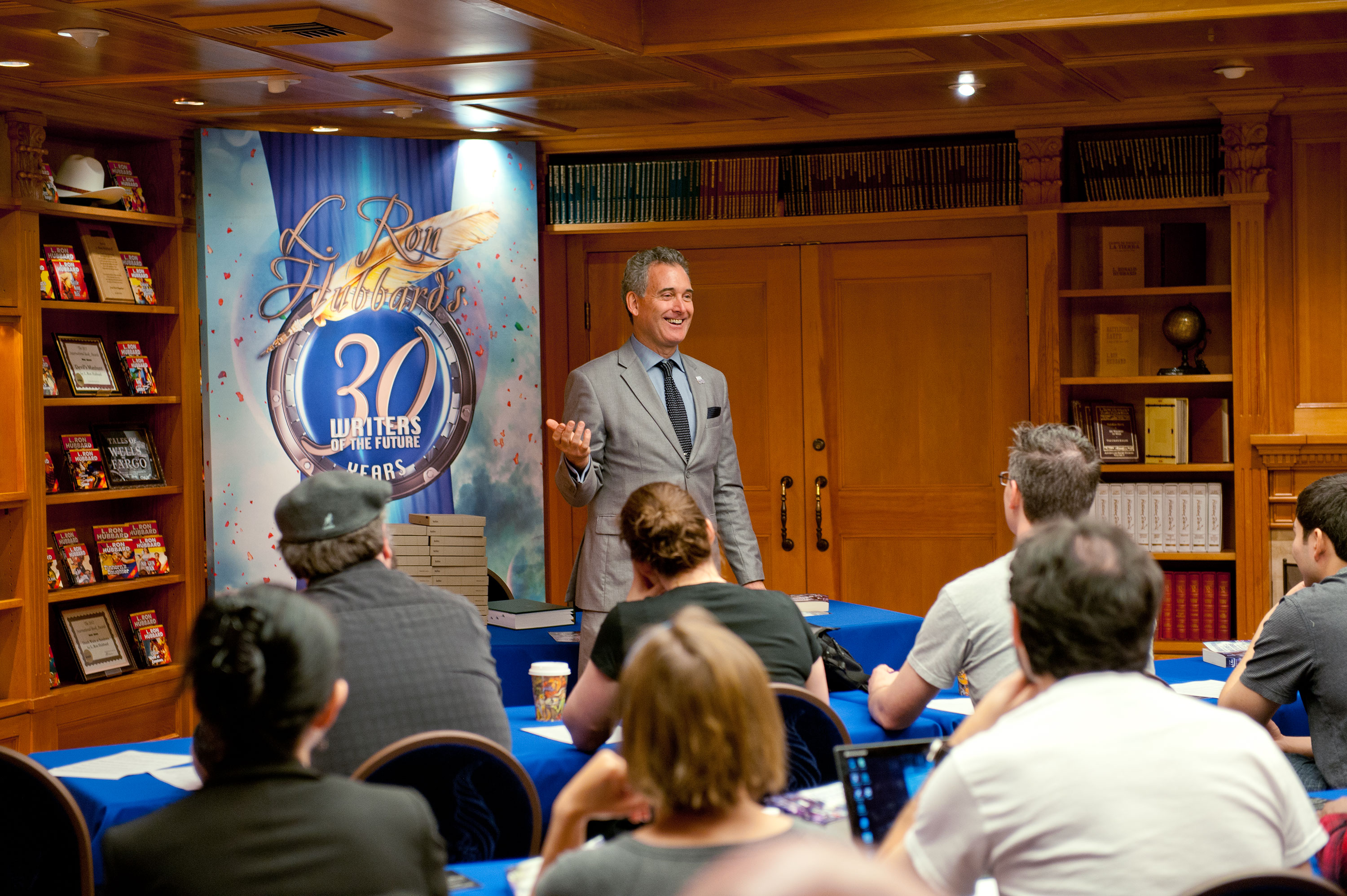 The final day of workshops resumed at 1pm on the 4th floor of Author Services after the much anticipated awards ceremony held the night before.

This years winners filed in to the seminar room along with past winners, guest speakers and judges such as Robert Castillo, Mark Lefebvre and Mike Resnick.

The workshop opened with an introduction by the President Galaxy Press, Mr. John Goodwin, on public relations and how to use what has been created through this contest as a launchpad for future success. This was followed by Director of Author Relations Kobo Inc. Mr. Mark Lefebvre who passed out a new Kobo to each winner, as announced at the ceremony the night before! 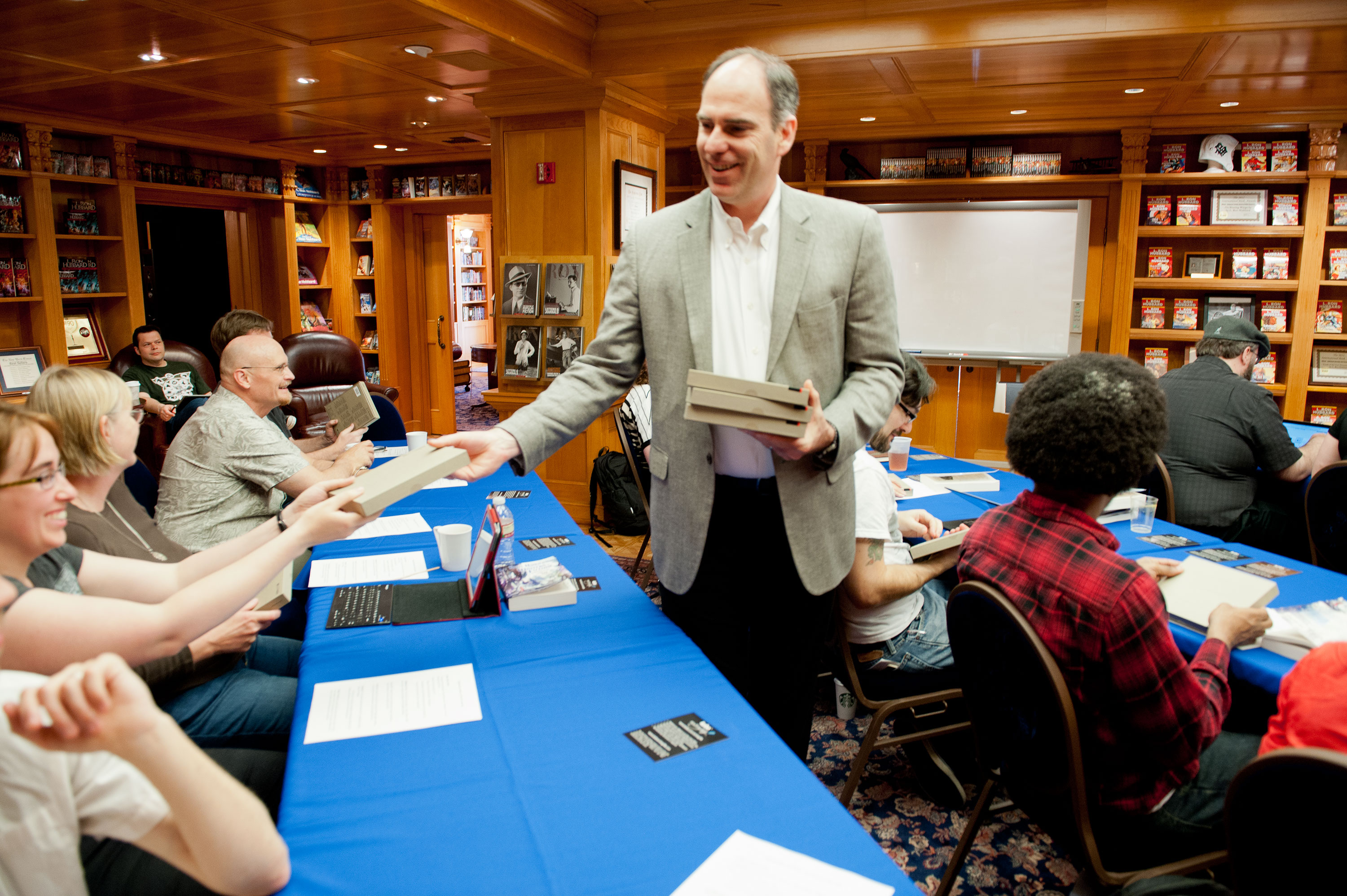 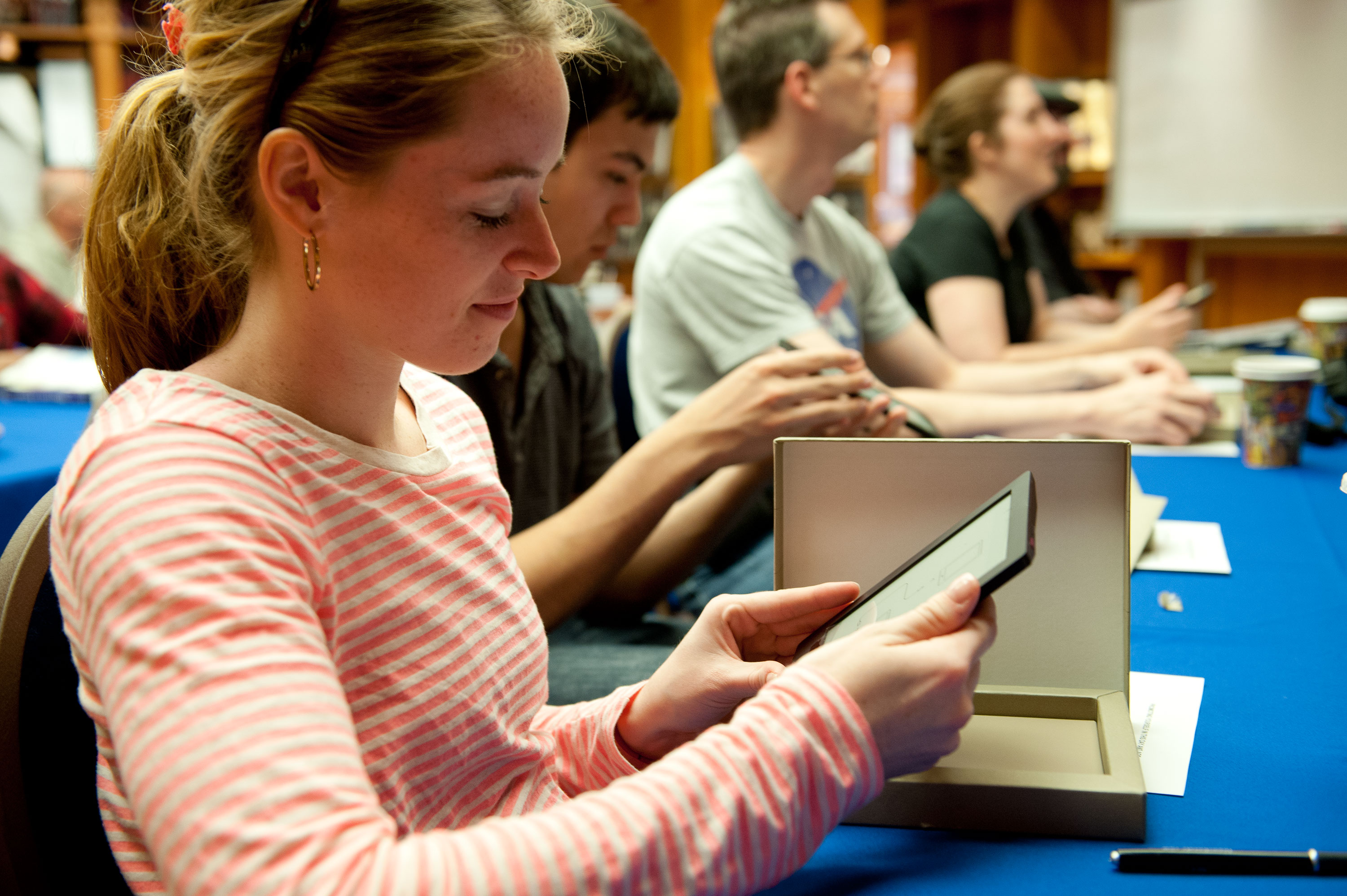 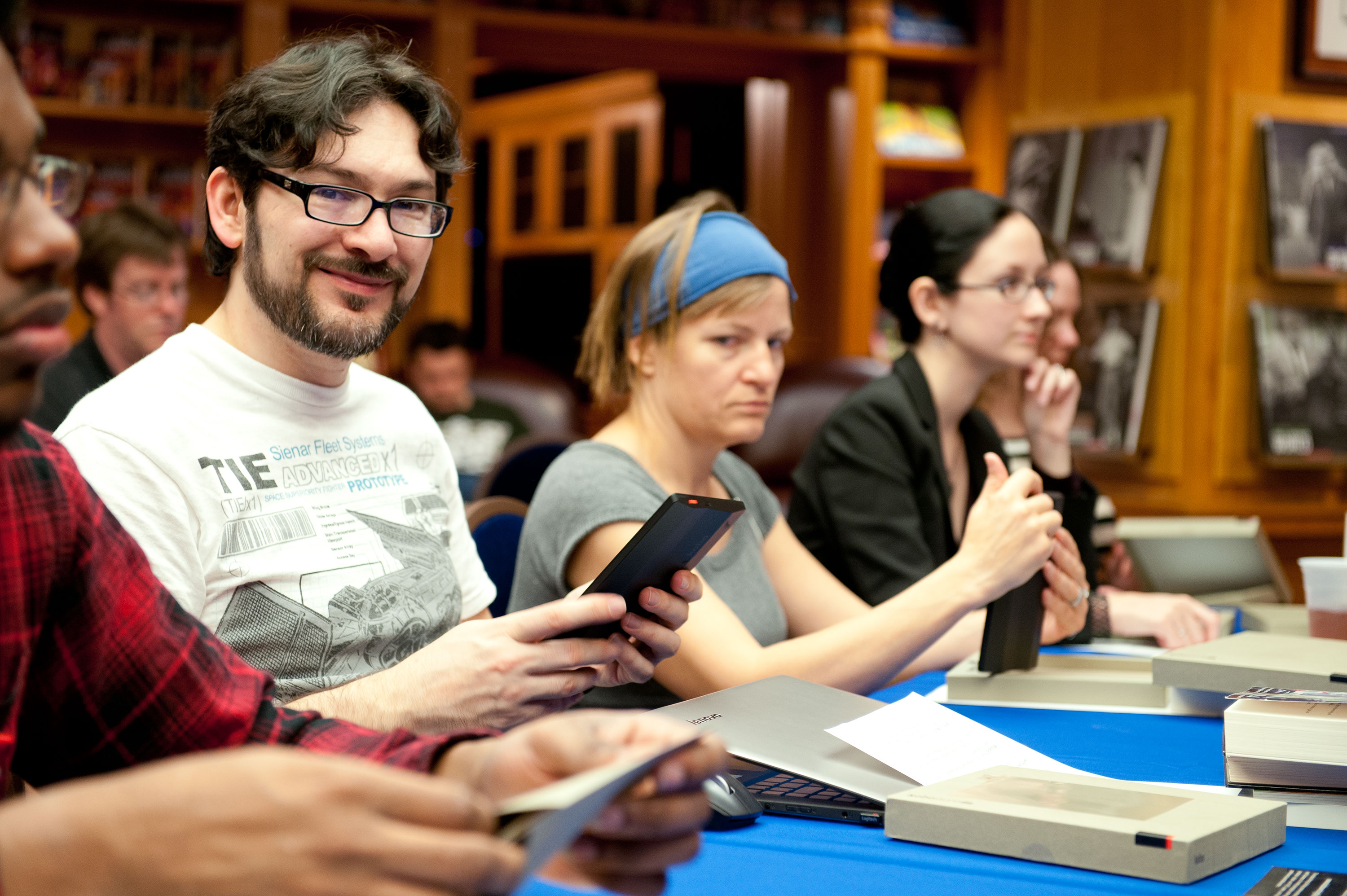 After receiving their new Kobo’s, each winner was presented with their author and illustrator checks.

Next was a briefing by Award-Winning illustrator and judge Robert Castillo who spoke about opportunities in the industry and your best way to get a foot in the door. Following this was Galaxy Press staff Kim Catalano and Julie Wills who spoke about in-store book signings and how to make these a total success. Additionally, each winner was given a promotion piece (in both poster and flier size) with their headshot next to a WOTF Volume 30 and further information on the in-store book signing.

Finally, it was back to John Goodwin who instructed the winners on how to do TV interviews and had them work out with one another the message for their writing or illustrations. This was then critiqued by the other winners until each was a perfect communication. He also covered social media and how this can be used as one avenue to promote their work, in-store book signings, etc. 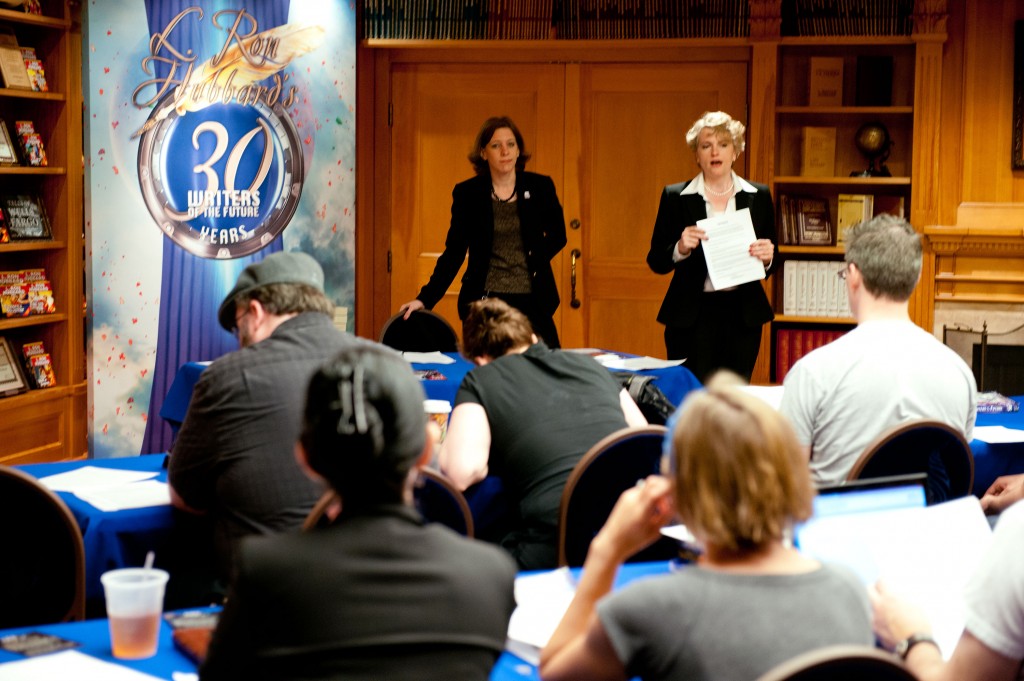 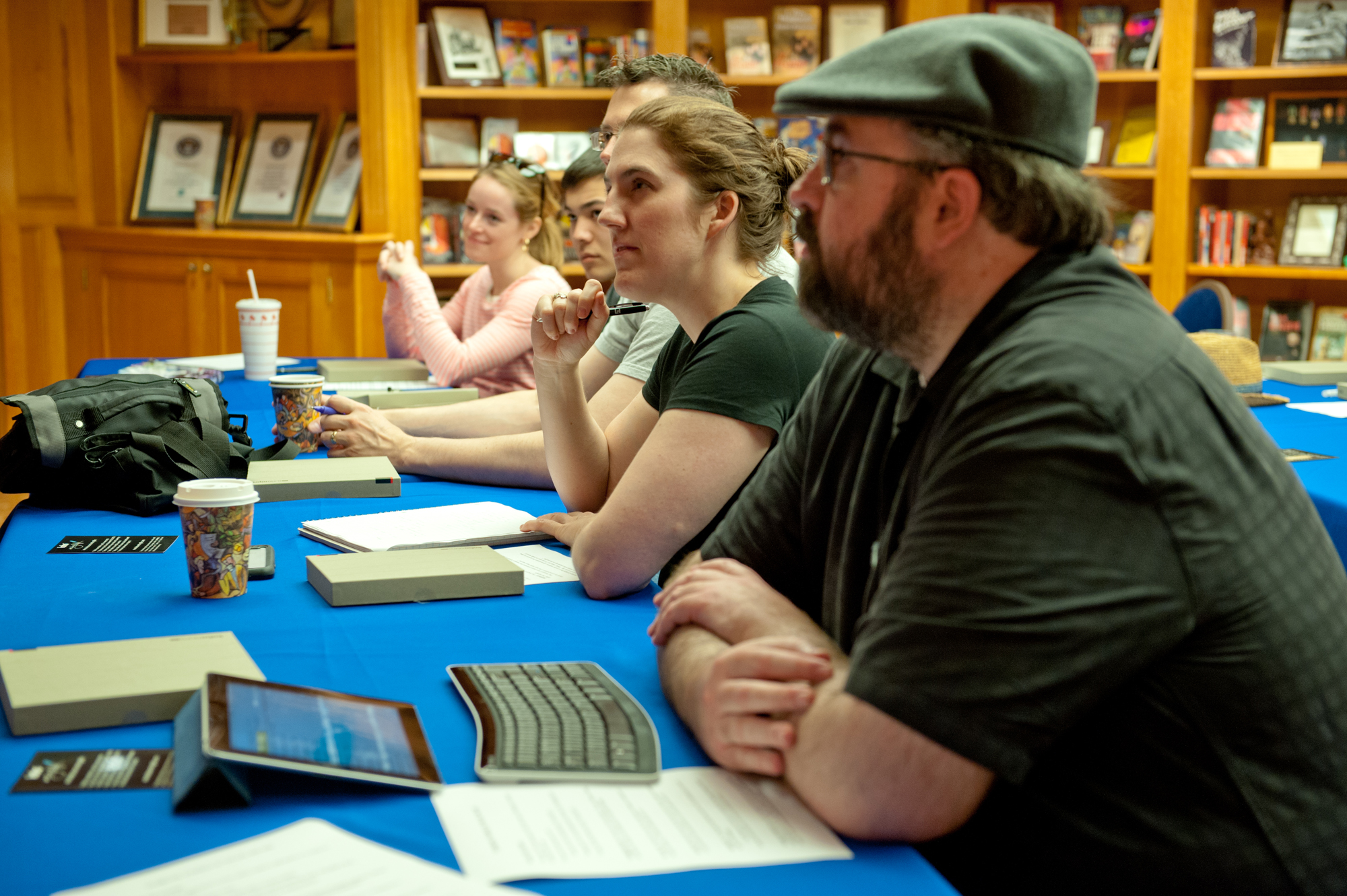 The workshop ended with all winners writing summaries of what they learned from the workshops held over the past week.

Writers of the Future Awards Ceremony 2014!