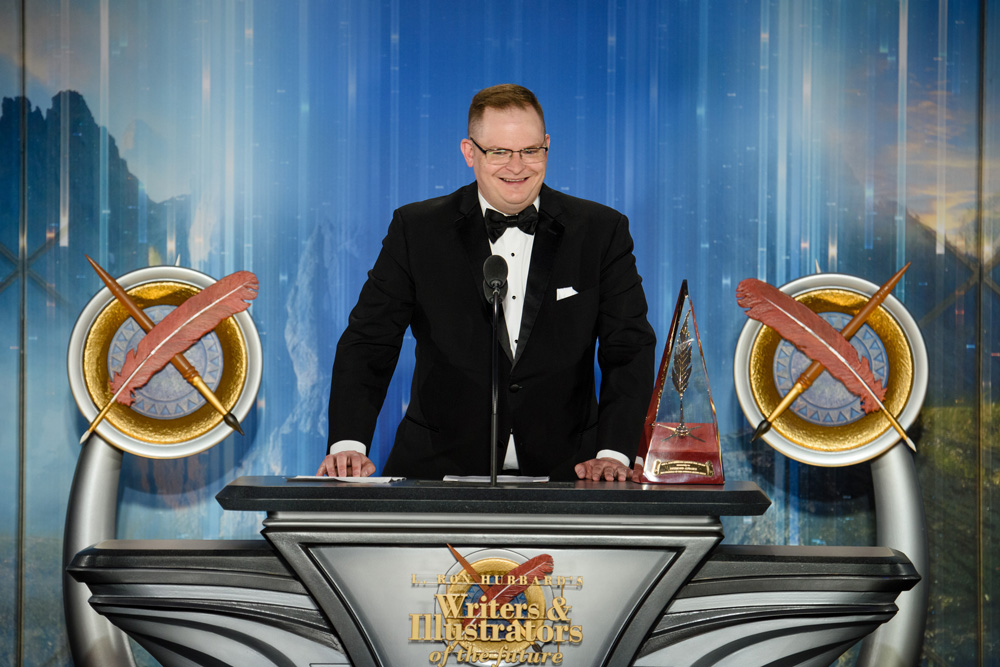 I wonder if confidence and direction are two things that many of us creatives sometimes find ourselves in deficit of. Where I run short in those departments, knowledge, objectives, and resilience have proved as fuel in my found success up to this point—both in and out of Writers of the Future. These are wonderful wisdoms adapted from pain and suffering unrelated to the venture of creative writing, but had I not learned them prior-to, I’m certain I would not be in a position to share them with you now. These keys amount to a decision to succeed. It’s a decision you can make, too.

Decision 1: Never stop learning how to be better

Writing is a science, an art, a profession, and a skill. It can’t be perfected, which means you can’t stop becoming better at it. My anecdotal experience is that many professionals will reach a point where they feel they’ve “arrived”—so satisfied with what they’ve achieved that they make no further effort to be better; the very definition of “resting on one’s laurels.” This prideful place of ignorance won’t be you as long as you commit to an attitude of continuous learning every day. Perhaps this is one way to win the proverbial race of The Tortoise and the Hare, where the race is the ever-evolving publication market and the track is a slush pile. If knowledge is power, why on earth would you ever stop consuming it?

I’ve been writing creatively since 1999, but I didn’t “get serious” until 2017. In 2021, I received the phone call from Author Services that I was being published in Writers of the Future Volume 38. So, what was the difference between 1999-2017 and 2017-2021? The presence of an objective. Prior to 2017, I wrote like a leaf on the wind without any goal in mind except that “Someday I want to be published.” It was the same as saying, “I want to run a marathon someday,” and then making it happen by sometimes taking a jog around the block. When I zeroed my sights on Writers of the Future, my first success happened.

Once I discovered L. Ron Hubbard’s and Author Services’ mission to find and support new talent in the speculative fiction field, I decided right there that I would focus all my efforts into submitting to Writers of the Future until I won it. It was a strategic decision to go all-in. That decision might not be best for everyone; past performance is not indicative of future results. But it happened because I set an objective and stuck to it. What objective do you want to commit to?

Dr. Marsha Linehan’s radical acceptance is a resiliency philosophy that includes “a willingness to notice and accept things as they are right now, without judging.” Retired Navy SEAL Jocko Willink takes it a step further, saying when things go wrong, reply “Good,” because if you can do that, you are priming yourself to find a silver lining and become better as a result of the negative situation (see Decision 1). These skills can come especially in handy in a field with a 98% to 99% rejection rate. Every writer will be rejected by someone. Every writer will miss their word count. Every writer will feel the lying whisper of imposter or failure. The question is, “How are you willing to handle it?” 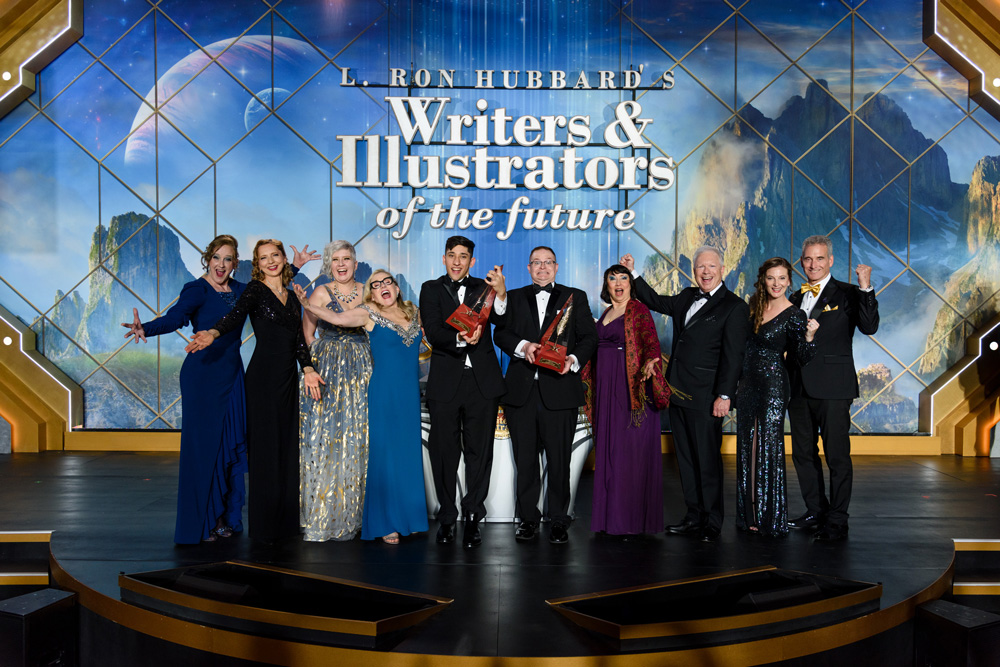 I received the Golden Pen Award at the L. Ron Hubbard Achievement Awards in Hollywood in Aprl 2022. During the first awards ceremony speech, I spoke of these three things I find to be unequivocal keys to success in life, which are applicable to writing. I hope you find them to be as valuable of tools as I have. 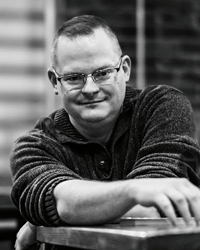 About the Author: Desmond Astaire is a speculative fiction storyteller from Central Illinois. In his other life, Astaire is a senior leader for a public relations department, supervising the training, development, and operations of multimedia content creators.

Astaire’s lifelong obsession with science fiction and fantasy was forged as a child in the halls of local public libraries. He was first published in June 2022 as a first-place winner and Golden Pen Award recipient for the short story “Gallows” featured in L. Ron Hubbard Presents Writers of the Future Vol. 38.

His next goals include landing the professional short story markets and developing his debut novel. Connect with Astaire on Twitter and Instragram @DesmondAstaire. To learn more, visit desmondastaire.com.